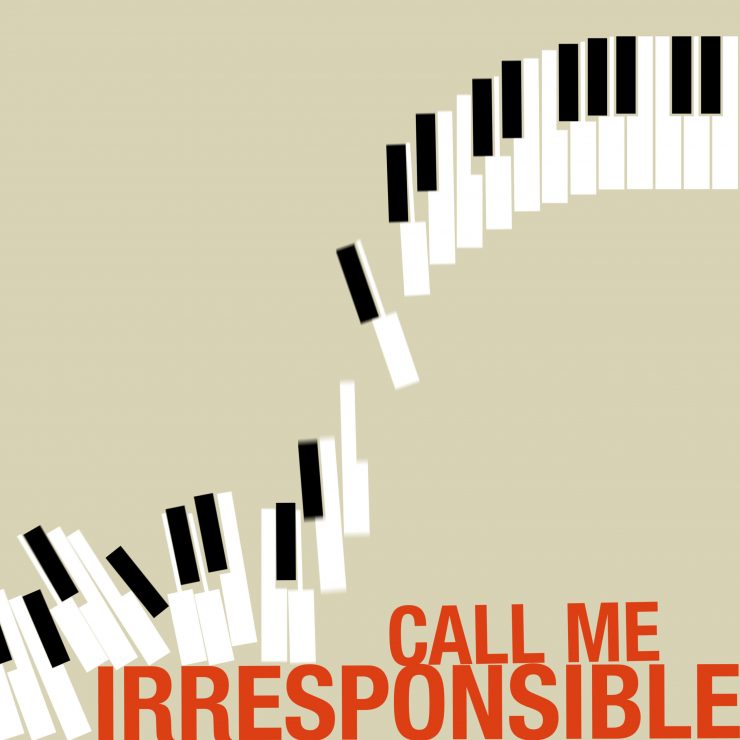 (Continued from the December 2022 issue of Jersey Jazz)

Those of you who attended the NJJS 50th Anniversary concert saw an impressive female vocalist named Lucy Wijnands. Soon thereafter, a new CD, Call Me Irresponsible: The Songs of Jimmy Van Heusen (Night Is Alive – 0011), arrived for review featuring Wijnands and pianist John di Martino. Given the glorious catalog of songs by Van Heusen, it must have been a difficult but pleasurable task to narrow the selections of tunes for inclusion on this album. Wijnands and di Martino chose 10 of them, “Shake Down the Stars,” “Deep in a Dream,” “Suddenly It’s Spring,” “Call Me Irresponsible,” “Imagination,” “I Could Have Told You So,” “The Second Time Around” ,and “Only the Lonely” plus two that are under the radar gems, “So Help Me” and “The Secret of Christmas.” Wijnands smoothly assays each song and adds a personal touch, backed by di Martino, one of the great accompanists on the scene today, along with a quartet of Harry Allen on tenor sax, Dave Stryker on guitar, Peter Washington on bass, and Willie Jones III on drums. Each is among the best on their instruments, providing a bed of musical magic for her vocalizing. (nightisalive.com) (Wijnands was Jersey Jazz’s Rising Star in May 2021, shortly after winning Blues Alley’s Ella Fitzgerald Jazz Vocal Competition). This album will not be available from nightisalive.com until the end of December.

The Cellar Jazz group of labels does a yeoman job of supporting jazz musicians and making their music available on recordings. Having Cory Weeds, a fine jazz saxophonist owning the labels is a definite plus. The following four reviews are fine examples of Cellar releases.

For fans of mainstream tenor sax players, Fraser MacPherson is a player whose name should be on your list of favorites. He was a Canadian jazzman who spent most of his playing career in Vancouver, never gaining the widespread recognition in the U.S. that he deserved, although he did release a trio of wonderful albums on Concord Jazz. Unfortunately, he left us all too soon at the age of 65. While MacPherson’s repertoire included mostly standards, he did occasionally write some original tunes. His son, Guy, came up with the concept of an album of MacPherson’s originals played by a variety of top jazz players. Among those who participated were tenor saxophonists Scott Hamilton, Steve Kaldestad, Grant Stewart, Harry Allen, Ryan Oliver, and Cory Weeds; clarinetists Virginia MacDonald, Evan Arntzen, and James Danderfer; guitarist/vocalist Jocelyn Gould; and vocalist Joani Taylor. Each of them brings his/her own sensitivities to MacPherson’s appealing tunes. Weeds is the owner of the Cellar Jazz group of labels, and he brought Guy’s idea to fruition The result, From the Pen of… (Cellar Music – 002), is a winner in every sense. (cellarlive.com)

Since his graduation from SUNY-Purchase in 2005, tenor saxophonist Sam Taylor has been a steady and welcome presence on the New York City scene. Let Go (Cellar Music 13122) is Taylor’s third release as a leader, and he has placed himself in the company of a superb group consisting of Terell Stafford on trumpet, Jeb Patton on piano, Neal Miner on bass, and Willie Jones III on drums. The selections are a mix of standards, “Prisoner of Love,” “Here’s That Rainy Day,” “You’re Never Fully Dressed Without a Smile”, and “Bye, Bye Baby;” some jazz tunes, “Luminescence’ by Barry Harris, “Angel Face” by Hank Jones,” Getting’ Together” by Babs Gonzalez, “Out of the Past” by Benny Golson, and “Philly New York Junction” by Joe Magnarelli and John Swana; plus Taylor’s own “Let Go.” Taylor is one of the younger tenor players primarily influenced by some of the great tenor masters like Al Cohn and Zoot Sims, Stan Getz, and Ben Webster as well as his fellow Philadelphia native, Larry McKenna, who joined Taylor on his second recording, Along the Way.(cellarlive.com)

Spike Wilner wears two hats. One is as the owner of two intimate downtown New York City jazz clubs, Mezzrow and Smalls. On Plays Monk & Ellington (Cellar Music- 1822), he takes the piano chair on the Spike Wilner Trio, his mates being bassist Peter Washington and drummer Joe Farnsworth. The selections include four Thelonious Monk tunes, “Eronel,” “Well, You Needn’t,” “Pannonica” and “Let’s Cool One;” four from the world of Ellingtonia, “Gypsy Without a Song,” “Le Sucrier Velour,” “U.M.M.G.” and “Intimacy of the Blues; plus one pop tune most closely associated with Johnny Mathis, “Wonderful! Wonderful!” Wilner puts his own stamp on each song. He has a decidedly non-Monk approach to the Monk numbers. “Wonderful! Wonderful” is taken at an up tempo that is in stark contrast to the Mathis version.

On the Ellington and Strayhorn pieces, he speeds up “Gypsy” considerably, sticks pretty much to the Ellington approach on “Sucrier Velour,” gives “U.M.M.G” a spirit similar to the way Strayhorn played it, and provides “Intimacy” with a much more bluesy feeling than Ellington. It all makes for about an hour of pleasurable listening. (cellarlive.com)

In his liner notes to Kirk Lightsey Live at Smalls Club (Cellar Music – 003), Wilner relates how, as a young jazz pianist, he used to hang and see so many great jazz pianists at the legendary jazz venue, Bradley’s. His favorite was Kirk Lightsey, whom he eventually got to know. Having Lightsey appear at one of Wilner’s clubs has been an ongoing thrill for Wilner, and this album shows exactly why he felt so strongly about the pianist’s talent. With the aid of guitarist Mark Whitfield, bassist Santi DeBriano ,and drummer Victor Lewis, Lightsey marvelously explores five jazz classics, Dave Brubeck’s “In Your Own Sweet Way,” Eddie Harris’s “Freedom Jazz Dance,” Tony William’s “Pee Wee,” JJ Johnson’s “Lament”, and McCoy Tyner’s “Blues on the Corner,” as well as his own “Heaven Dance.” This is a set full of excitement and mature jazz magnificence. You can close your eyes as you listen and get a picture of sitting in the intimacy of Smalls digging the wonders pouring forth from Lightsey’s fingers. It is a wonderful way to spend some time escaping from the stresses of these turbulent times. (cellarlive.com)

Welcome Back (DOT Time – 80210 is a wonderful example of the sensitive side of Chet Baker’s trumpet. Here he is paired with vibraphonist Wolfgang Lackerschmidt and bassist Günter Lenz for a selection of tunes composed by Lackerschmidt. They are joined on various tracks by Nicola Stylo on flute and guitar, for one number, “Waltz for Berlin.” Two tracks with a Latin feeling, “Gloria’s Answer” and “Volta Trais,” find Rocky Knauer on bass, Peri dos Santos on guitar and Edir dos Santos on drums. The entire set of nine tunes is the epitome of relaxed jazz that rests easily on your ears. This music was recorded in August 1987. Baker and Lackerschmidt performed together on many live dates and, subsequent to this recording, did two more albums. Sit back, relax, and enjoy this music as you welcome back the genius of Chet Baker. (dottimerecords.com)

The father/son combo leading the Skip & Dan Wilkins Quartet are father Skip on piano and son Dan on tenor sax. Bassist Tony Marino and drummer Bill Goodwin fill out the quartet on In the Stars (Deer Head Records – 012), a nine-tune mix of familiar standards including “Lost in the Stars,” “I’ll Never Smile Again,” “Brother, Can You Spare a Dime”, and “Why Do I Love You”, with some lesser heard gems such as “I Walk with Music,” Jobim’s “Brigas nunca mas,” “I’m Making Believe,” the lovely “I Was So Young (You Were So Beautiful)” and a song from Blossom Dearie, “Sweet Georgie Fame.” Dan has a beautiful sound on his horn and a mainstream approach. Skip is a resourceful pianist with swing in his blood. Marino and Goodwin offer strong rhythmic support. This recording captures the feeling of time spent digging great sounds at the Deer Head Inn where all of these musicians perform regularly. (www.skipwilkinsjazz.com)

Pianist Jan Lundgren and bassist Hans Backenroth have long been on the Swedish jazz scene and are old acquaintances, but Jazz Poetry (ACT – 9960) marks their first time playing together as a duo. In this instance, it is a performance before an audience in the intimate setting of the ACT Art Collection Gallery in Berlin. The have produced an eclectic program of 10 selections that demonstrate the wonders that can happen when two talented jazz masters feed off of each other’s improvisatory imaginations. Whether they are approaching the three Lundgren originals, a Norwegian folk song, pop tunes such as “A Thousand Kisses Deep” or “She’s Leaving Home,” Mozart’s “Lacrimosa,” a jazz classic like “Tricotism” or a standard, “Stella by Starlight,” they find ways to make the music sound fresh and interesting. There is a special magic that bursts forth when two empathetic musicians challenge each other’s instincts successfully as is the case here. Jazz Poetry is well titled. (actmusic.com)

Chicago-based Paul Marino presents his jazz-tinged vocal approach in his terrific new 14-track album, Not Quite Yet (Myrtle Records – 103). Whether swinging out or caressing a ballad, Marino nicely captures the classic jazz/pop approach that stems from the master, Frank Sinatra, but puts his own contemporary edge on his execution. The songs, while mostly familiar to fans of classic American pop, are not a lot of the same old same old. The most often heard are “Someone to Light Up My Life,” “Taking a Chance on Love and “That’s All.” Then there are songs like “Born to Be Blue,” “Make Me Rainbows,” “Remind Me,” “No One Ever Tells You,” “Invitation,” ‘The Island,” “On a Wonderful Day Like Today”, and “I Remember,” not obscure, but not overdone. He has also included a couple of David Bowie tunes, “5:15 the Angels Have Gone” and “No Plan” plus Marino’s English lyric to Ary Barrosso’s “É Luxo Só” that he calls “Searching.” The core of his backing is a quartet of Tom Vaitsas on keyboards, Mike Allemana on guitar, John Tate on bass, and George Fludas on drums with a horn section added on several tracks and the KAIA String Quartet present on many others. Marino chose material that reflects the challenges in his personal life during the recent past, and the passion and commitment that he feels comes through on this very personal album. (paulmarino.com)—JOE LANG 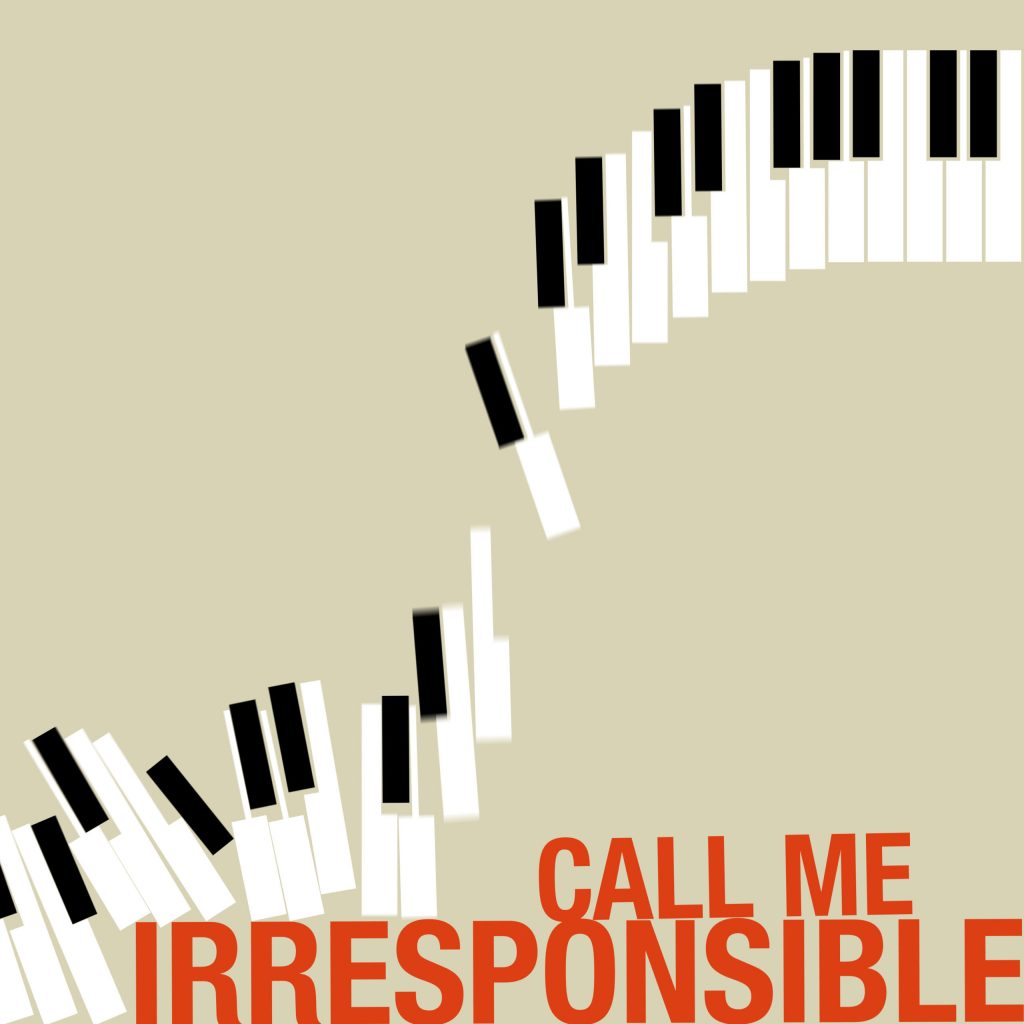