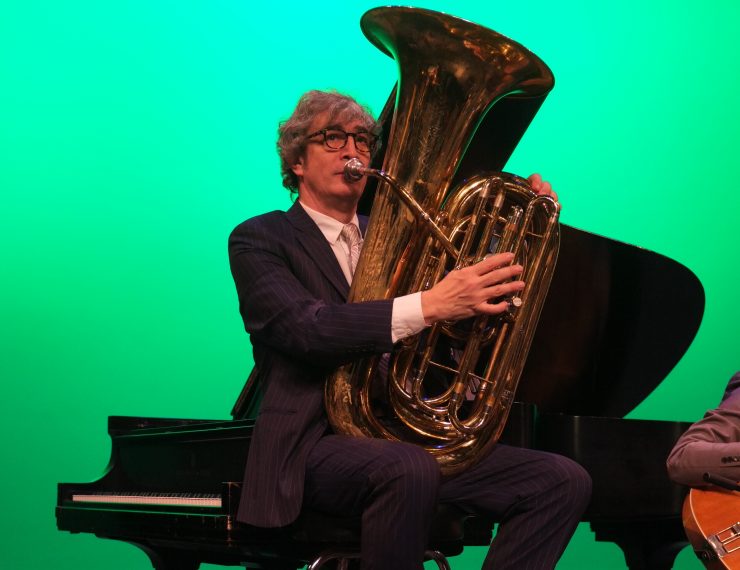 David Ostwald remembers a gig in the late ‘90s when 20-year-old trombonist Dion Tucker was on the same bandstand as clarinetist Joe Muranyi, who was in his early 70s. That is not an unusual experience. On any given night, through the past two decades-plus at Birdland, Ostwald’s band might have paired veteran musicians such as pianist Dick Hyman, trumpeter Ed Polcer, and saxophonist Bob Wilber with young rising stars such as clarinetist/saxophonist Anat Cohen, trumpeter/vocalist Bria Skonberg, and drummer Marion Felder.

A tuba player (and attorney), Ostwald has led his own band since 1980, and it has appeared on Wednesday nights at Birdland since 2000. Originally called the Gully Low Jazz Band, it opened at Birdland as the Louis Armstrong Centennial Band “because it was the 100th anniversary of what Louis believed to be his birth year. The gig caught on,” Ostwald said, “and we eventually changed the name to the Louis Armstrong Eternity Band. When we got the gig at Birdland,” Ostwald continued, “Johnny Valenti, the owner, said, ‘Nobody’s ever heard of you. Nobody knows what Gully Low means, but put ‘Louis Armstrong’ in there, and people will recognize the name, and they’ll come to know you. I’m not going to be selling tickets for David Ostwald like I would for Louis Armstrong.’ Of course, he was right.”

Growing up in Swarthmore, PA, a Philadelphia suburb, Ostwald was a classical tuba player. He bought his first jazz record at age 15. “It was a cutout (deeply discounted) record at Sam Goody’s, and it was like 50 cents. It had Louis on one side and Ella on the other. It was all big band stuff. And, ‘Swing That Music’ was on there. That moment was when I really had my jazz epiphany. It was on my radar.”

When Ostwald was at the University of Chicago, a friend asked him to join the jazz band. “By this time, I knew Louis Armstrong was my messiah,” he said, “but I never imagined that I would play the music because you improvise, you have to play by ear, and I felt I couldn’t do that. My friend said, ‘Well, none of us can play by ear, but I have a book that has eight tunes in it that has the parts written out, so it’s a start. Let’s see what happens.’ We started weaning ourselves off the written page. I learned how to hear chord changes, and I learned how to play bass lines.”

Ostwald came to New York for a job with a classical music impresario, working in his office. “On a Sunday night, I went to Jimmy Ryan’s on West 54th Street, and I asked (trumpeter) Max Kaminsky if I could sit in. He said, ‘If no one’s here at 2:30 when we play our last set, I’ll let you sit in for a tune.’ So, he did. Then, the next night I went to Arthur’s Tavern (in the Village) because I’d heard that on Monday nights you could sit in on two tunes, no questions asked, with the Grove Street Stompers.”

At 3 p.m. on Sunday, December 11, Ostwald will be bringing his Hot Four quartet version of the Louis Armstrong Eternity Band to the Madison, NJ, Community Arts Center as part of the New Jersey Jazz Society’s Jersey Jazz Live! series. The band will, of course, play music associated with Louis Armstrong, “but we also play a lot of different music,” Ostwald said. “We play a lot of Ellington and Jelly Roll Morton, and Bix. I think the first time we played for the New Jersey Jazz Society was in 1984 for the Pee Wee Russell Stomp.”

On Wednesday night, October 26, at Birdland, the Louis Armstrong Eternity Band helped celebrate jazz writer and Jersey Jazz columnist Dan Morgenstern’s birthday (He turned 93 on October 24). “Dan,” said Ostwald, “is one of my heroes. He has had a huge impact on my generation, the generation above me, his contemporaries, and a lot of the young people who look into history. We have dreams about meeting our musical heroes. Not only did he know them, but Dan is unique in the way that he can really give you a sense of the person and the music and how people heard it, what the fellow musicians thought. In the moment, you don’t always realize something is history, but he did and he does. Dan has a unique way of putting you in the moment. It’s affected our playing of the music. His understanding and his ability to share it with us is eternal.”

Through the years, Ostwald has played with his share of jazz legends. Two of the highlights were performing with pianist Dick Hyman and trumpeter Clark Terry. When Hyman moved from New York to Florida, Ostwald recalled that, “He said, ‘I’m going to come to town periodically. I’d love to play with your band at Birdland if you haven’t already hired someone else.’ I was floored. So, for a long time when he came to New York, he’d play with us a few times a year. I have a great recording of him and Anat and the drummer doing a trio version of ‘What a Little Moonlight Will Do’ – one of the great moments from 2009.”

Ostwald met Terry when Alina Bloomgarden, the originating producer of Jazz at Lincoln Center, was producing children’s concerts in the late ‘90s or early 2000s. “We used to do children’s concerts at Lincoln Center, and she had the idea to ask Clark Terry and Jon Hendricks to do some of those concerts with my band. We did, and it was great. Everything everyone says about Clark Terry is true. He was such a generous man.” One time, Ostwald was visiting Terry in the hospital and was looking for his room number. “I heard a funny noise that sounded like someone buzzing a trumpet mouthpiece,” he said. “I just followed the sound. He was demonstrating something for a doctor who was an amateur trumpet player.”

In Madison, the band members will be guitarist James Chirillo, trumpeter Joe Boga, and saxophonist Michael Hashim. Chirillo is a veteran guitarist who has played with Benny Goodman, Buck Clayton, and Benny Carter, among many other legends. Today, he performs regularly with the Jazz at Lincoln Center Orchestra as well as with such artists as saxophonist Paquito D’Rivera, trombonist Wycliffe Gordon, and tenor saxophonist Houston Person. He’s also part of Andy Farber & his Orchestra, a band that evolved from the Broadway show, After Midnight. (See Jersey Jazz Magazine for a review of Chirillo’s October performance at William Paterson).

Boga is a member of Vince Giordano and the Nighthawks and performed with James Langton’s New York All-Star Band at this past September’s Morristown Jazz & Blues Festival. He was also a part of Wycliffe Gordon’s big band that played in the documentary, Mary Lou Williams, The Lady Who Swings the Band. Hashim, who plays alto and soprano saxophone, was part of the Widespread Depression Orchestra, the big band revival group that was popular in the ‘70s, eventually becoming its leader. In June 2015, he led a big band tribute to Billy Strayhorn at an NJJS-sponsored concert at Morristown’s Mayo Performing Arts Center. 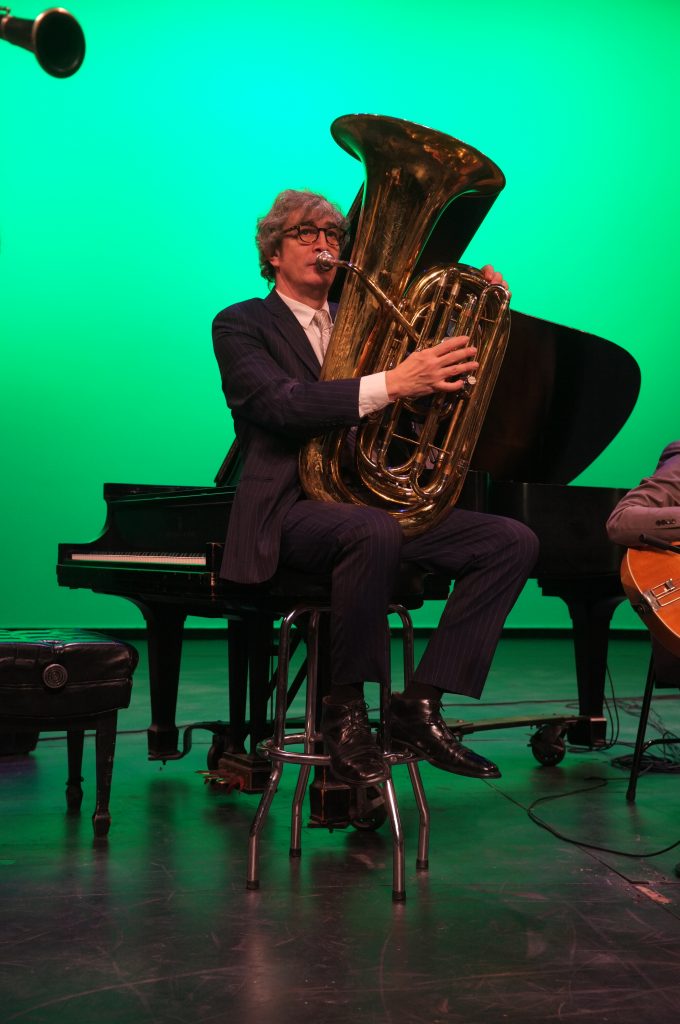