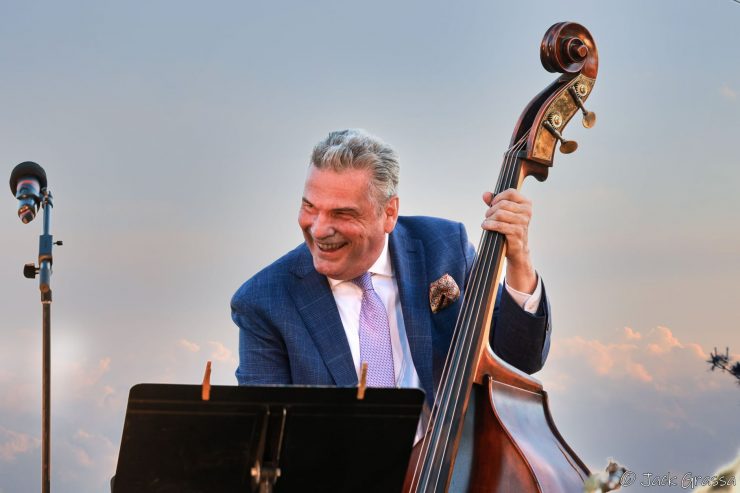 Thirty years ago, bassist Martin Pizzarelli and pianist Bob Albanese played together at The Rainbow Room in New York. At 3 p.m. on Sunday afternoon, November 20, they will reunite at the Madison (NJ) Community Arts Center, joined by saxophonist/clarinetist Linus Wyrsch. The trio, in Pizzarelli’s words, will “entertain the audience with a variety of songs from Duke (Ellington) to Benny (Goodman) to (George) Gershwin – all infused with my dad, Bucky Pizzarelli’s arrangements. The event is the next Jersey Jazz Live! concert presented by the New Jersey Jazz Society.

Pizzarelli grew up in Saddle River, NJ, surrounded by jazz luminaries. His home received regular visits from Goodman, pianist Teddy Wilson, and tenor saxophonist Zoot Sims, among many others. In 1993, he was part of the opening act for Frank Sinatra’s world tour, along with his brother, guitarist/vocalist John Pizzarelli and pianist Ray Kennedy. He has also performed at such venues as Carnegie Hall and Blue Note. In 2004, he released his own album as a leader, Triple Play on Victoria Records with his father and Kennedy, and he has recorded as a sideman on more than 30 recordings.

Albanese is equally at home in jazz, Latin, pop, and theatrical musical surroundings. He has worked with a wide variety of artists, including Anita O’Day, Buddy Rich, Rita Moreno, and Leslie Uggams. He is currently accompanist for Ben Vereen, performing with him regularly.

Wyrsch, born in Switzerland and based in New York since 2008, performed on the 2018 Grammy Award-winning children’s album, All The Sounds, by Lucy Kalantari & the Jazz Cats. Through the years he has played or recorded with Bucky Pizzarelli, bassist Gene Bertoncini, and pianists Larry Fuller and David Hazeltine, among many others. He also leads his own groups such as the Linus NYC Quartet with award-winning composer and vocalist Gizem Gokoglu, accordionist Dallas Vietty, and Wyrsch’s father Urs on bass. 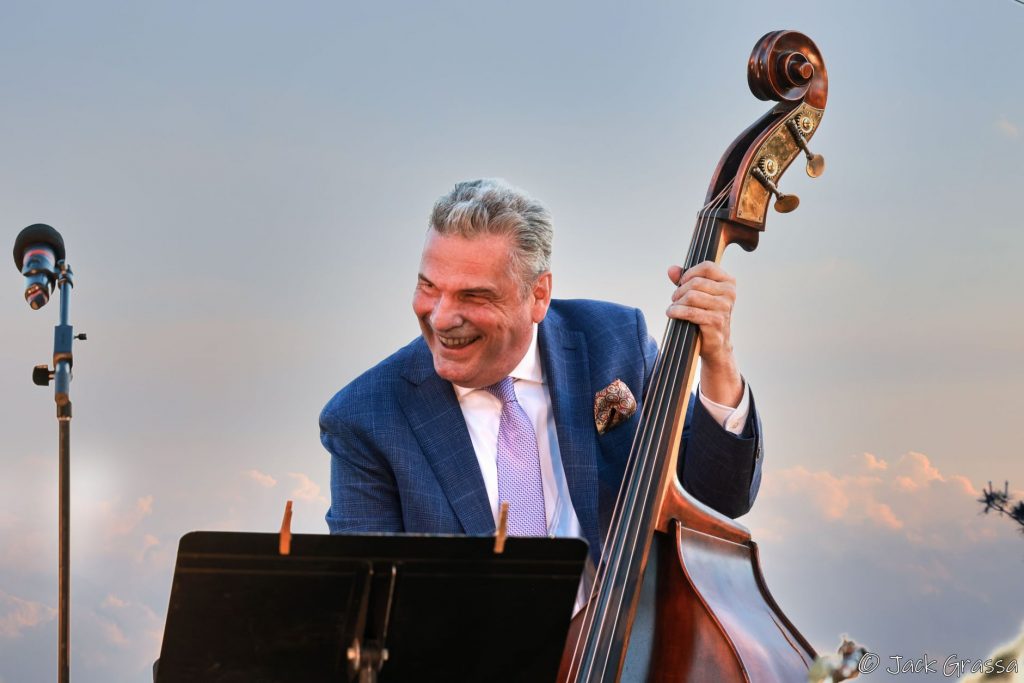 Giants of Jazz: Rufus Reid to be Honored at SOPAC Concert