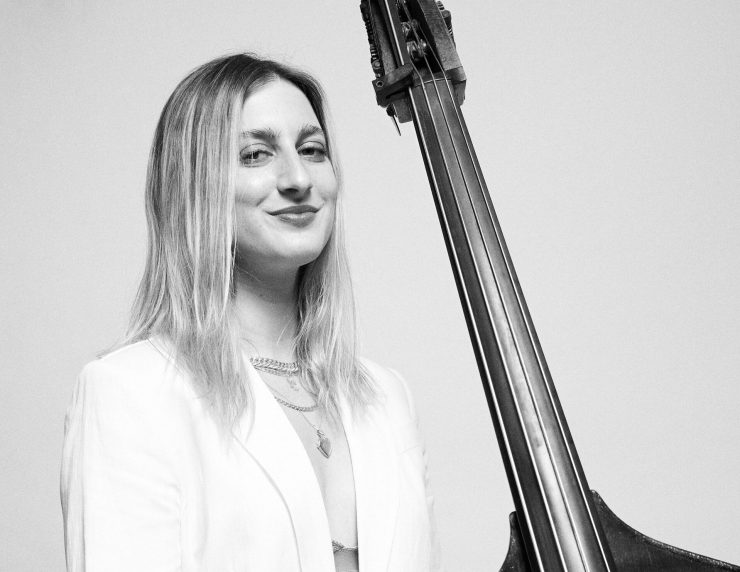 As a teenager in Israel, Adi Meyerson played the electric bass and was “into fusion and rock, listening to Jaco (Pastorius) and stuff. I was about 17, and I think it was a family friend who gave me a bunch of Sonny Rollins albums. I kinda listened to them and was like, ‘What’s that? How do I get the bass to sound like that?’”

The albums were two 1956 Prestige recordings: Saxophone Colossus with Doug Watkins on bass, along with pianist Tommy Flanagan and drummer Max Roach; and Tenor Madness featuring Paul Chambers on bass in a quintet that also included John Coltrane on saxophone, Red Garland on piano, and Philly Joe Jones on drums.

After high school, Meyerson was accepted into a new partnership program between the Tel Aviv-based Center for Jazz Studies at the Israel Conservatory of Music and the School of Jazz and Contemporary Music at New York’s The New School. The program was founded by New School alumnus, Israeli jazz pianist Amit Golan, who was one of Meyerson’s teachers. “You could do two years in Tel Aviv and two years in New York,” Meyerson said. “I was only playing bass for about three months at that point,” she added, “but I guess he saw something in me and decided to give me a chance and accept me into the program. I had to do an extra year in Israel so I could be ready to go to New York.”

Meyerson had visited New York a few times before she moved there for school, “and I did know some Israelis who were already here. One of the first people I met when I moved was fellow bassist Luques Curtis. She helped me out a lot and connected me to a lot of people. I’ve always been kind of independent, and that kind of translated to the move to New York. I was really excited and hungry to be around the music all the time. And, so, I would go out a lot. I would go to Smalls, the Fat Cat, and all the downtown sessions and play and make friends and connections. Then, I would just reach out to people I wanted to play with. I was kind of bold. I reached out to (drummer) Johnathan Blake. He was so sweet and nice to me.”

She also had a chance to learn from some of jazz’s top bassists. At The New School, she studied under Bob Cranshaw (who played with Rollins) and Reggie Workman. And, she took private lessons from Ron Carter. “They’re all very different as teachers and players,” she said. “Bob would ask me to get a band together to play for him. That’s kind of how our lessons were. We would just talk about the music. I think the greatest lesson I learned from him was about the bass itself – about feel, a feeling, the joy in the music. No matter what the gig was, he just came into it with love and with joy. I thought that was beautiful.”

With Workman, “It was about the role of the bass player in the band because we were in a band setting – How to create intensity through the instrument; just be as intense when you’re walking a bass line as when you’re soloing; the soloing shouldn’t be more important than the bass line.”

After graduating from The New School, Meyerson received her Master of Music Degree from the Manhattan School of Music. She started studying privately with Carter while still at The New School and “throughout my masters degree. That’s actually the longest I’ve studied with a private teacher. I think the biggest thing I learned from Mr. Carter was discipline because I’ve always been very self-taught.”

The 31-year-old Meyerson has released two albums: Where We Stand (CD Baby: 2018) and I Want to Sing My Heart Out in Praise of Life (self-released: 2021). The latter album was funded by a grant from the New York Foundation of the Arts. Both albums featured Meyerson’s original compositions.

“For my senior recital at The New School,” she said, “I played two of my original compositions, one of which, ‘A Touch of Grey’, made the first album. I found I really enjoyed composing. It’s just another part of my identity as an artist and how I express myself through art. It’s kind of 50-50 with me – playing the instrument and creating and composing. I chose the grad program at the Manhattan School of Music because it is very composition heavy. And, I did get a lot of opportunities to write.”

AllAboutJazz’s Jerome Wilson, reviewing Where We Stand, said Meyerson is “a young bassist and composer” who “shows a healthy respect for jazz tradition but also shows the ability to play around with more open-ended musical forms.” In reaction to that, Meyerson said, “I came from the more traditional jazz. I try to make sure you hear where it came from but also where it’s going. I was so rooted in Duke Ellington, Oscar Pettiford, Coleman Hawkins. All of these people have influenced me as a player. So, you’re always going to hear a little bit of that. I’m still growing and evolving.”

Trumpeter Freddie Hendrix, who performed with Meyerson on Where We Stand, described her as “a kind soul, standing on her own two feet, with no fear of her contemporaries. With a good pen for composition as well as covering all of the bases as far as bass playing is concerned, Adi is a wonderful addition and contributor to great women in jazz in this music that we play.”

I Want to Sing My Heart Out in Praise of Life is a suite of music inspired by the life of contemporary Japanese visual artist, Yayoi Kusama. The music was composed with a technique called synesthesia, “where I see colors and notes together,” Meyerson said. She first saw an exhibit of Kusama’s art in 2017. In the album’s liner notes, she wrote, “Kusama’s color palette used on her paintings were almost identical to some of the colors I see when I hear pitches.” Jon D’Auria, reviewing the album in Bass Magazine, wrote that “Meyerson’s compositions are ambitious and fearless, which suits her bold bass playing in the best possible way.”

Since moving to New York, Meyerson has also been active as an educator. She teaches in Jazz House Kids’ CHiCA Power Residency and Jazz at Lincoln Center’s Jazz for Young People program. CHiCA Power is an instrumental residency for young female musicians, ages 12 to 18, with at least one year of playing experience and the ability to read music. “CHiCA Power,” said Meyerson, “is a great program. It was free for the kids, which speaks for itself. With CHiCA Power, I realized how much weight it has for young girls to see other people who look like them and are doing what they want to do. It carries a lot of weight for them to see an all-female band play. And, it gives them a space to feel comfortable making mistakes.”

JALC’s Jazz for Young People Program features traveling professional jazz ensembles presenting interactive performances for New York City students. “It’s a beautiful program,” Meyerson said. “A lot of the schools I’ve done have been on the outskirts of the city or in areas that don’t have as many clubs, performances, and places where you can just go and hear music. So, I think that’s cool.”

At the Morristown Jazz and Blues Festival on September 17, Meyerson performed as part of trumpeter/vocalist Bria Skonberg’s quintet. “Adi,” said Skonberg, “is a joy to play with, a true professional with immense depth and a well of creativity that is just being discovered. I hope she will become a prominently featured voice in the New York scene for years to come.” –SANFORD JOSEPHSON 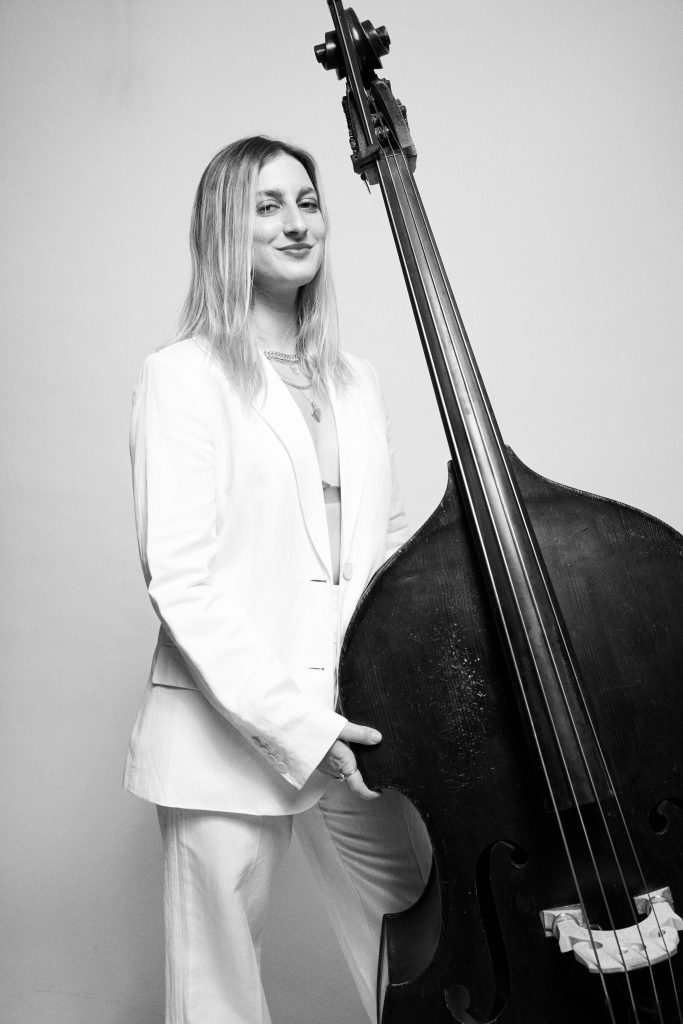