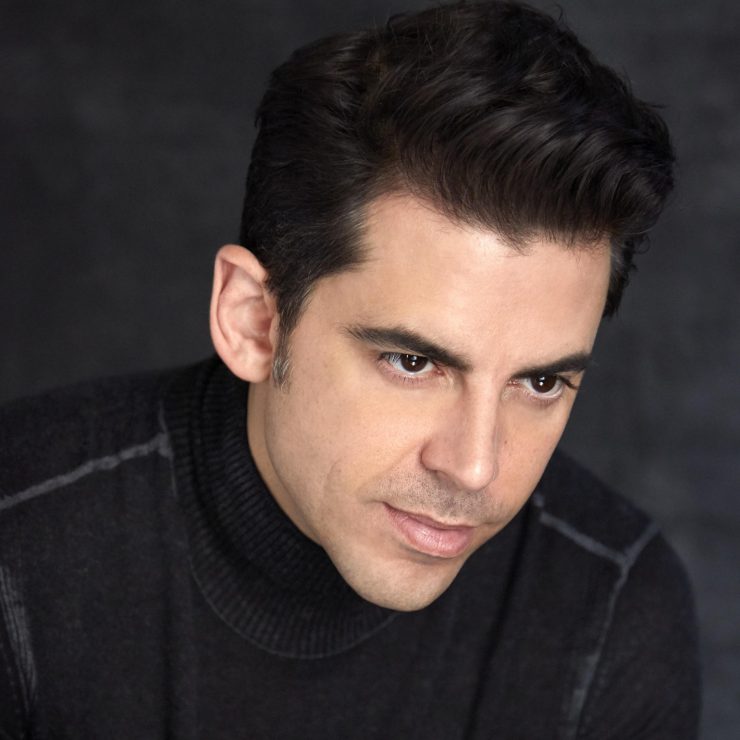 Singer/pianist Tony DeSare, moved to Atlanta several years ago and is no longer the consistent presence on the New York City area jazz scene that he was when he lived here. With the onset of the pandemic, he was pretty much homebound and kept busy by posting daily, one-song videos. There are more than 300 of them available on his YouTube channel. He also continued to write appealing original songs in the style of the classic pop songs of the Great American Songbook.

His two-night gig at the Birdland Theater, July 29-30, was his first club date in New York for quite some time. For the first set on July 30, the room was packed with enthusiastic listeners and DeSare did not disappoint. He was joined by a superb support group, Ed Decker on guitar Michael Klopf on drums and Dylan Shamat on bass, for a lively 14-song program that was mostly standards with a few of his clever originals added.

Among the songs were “All I Need is the Girl,” “It’s All Right with Me,” “Just One of Those Things,” Kiss,” a dandy piece by Prince, “Somebody Loves Me,” “Fly Me to the Moon,” with an extended piano intro, “One for My Baby,” “A Nightingale Sang in Berkeley Square,” sensitively rendered with only his piano in support, “I’m Gonna Live Till I Die”, and “Just in Time.”

His original material is outstanding. “New Orleans Tango” is a romping good time. “Let’s Just Stay In” has the wit and feeling of a Dave Frishberg tune. “Chemistry” is a piece that he entered in a national songwriting competition on a whim. It was selected as the best tune in the jazz category and the second-best overall entry. “Always Sunny When I’m with You” was a first performance of a song that he recently composed.

The songwriting is just one aspect of DeSare’s outstanding talents. He began his performing career as somewhat of a Sinatra clone, but has evolved into a excellent vocalist in his own right. He still does a lot of material associated with ‘Old Blue Eyes’, but puts his own mark on each selection. He’s also a fine pianist.

For those of you who have not had occasion to see him recently, he will be appearing at Bemelman’s Bar at New York’s Carlyle Hotel from October 25-29 and November 1-5. –JOE LANG