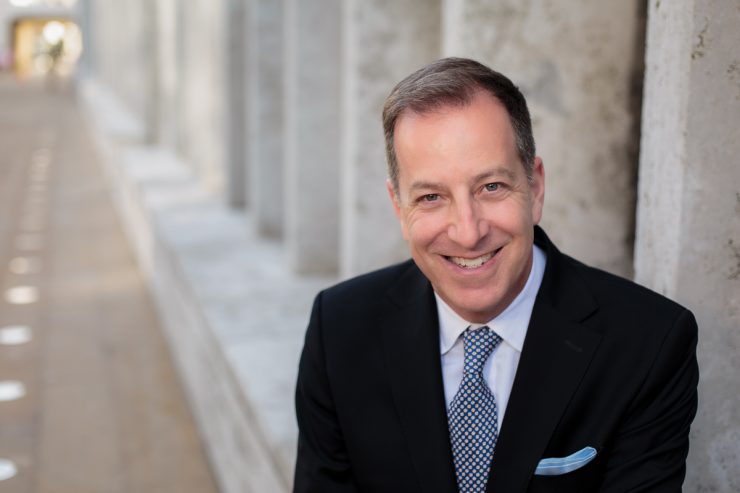 How fitting that the legendary Lyrics & Lyricists series at the 92nd Street Y in New York concluded its 50th Anniversary season with one of the most memorable concerts in the series, “Isn’t It Bliss – Sondheim in Love”? The man who conceived the show, Ted Sperling (photo above), wore several hats, serving as Host, Director, Musical Director and Pianist for this evening of exceptional music and performances that did full justice to the genius of Stephen Sondheim.

Sperling proved to be a witty and informative host, calling on his extensive experience in many aspects of musical theater, including a long professional and personal friendship with Sondheim. He was full of insights about the songs that he selected to include in the program as well as inside stories about Sondheim, including several anecdotal interludes that highlighted the kindness, professionalism and humor that were elements of Sondheim’s character.

The quartet of singers, Ben Davis, Jordan Danica, Solea Pfeiffer and Scarlett Strallen, all possess voices that are pure, strong, rangy and flexible, well suited to the challenging material that is the Sondheim catalog, and also have extensive musical theater credits that endow them with interpretative powers that match their vocal excellence. The arrangements by Joshua Clayton for the eight- piece orchestra provided excellent backgrounds for the singers to extract the essence of the Sondheim songs.

Sperling selected material that was guided by the theme of the various aspects of love and relationships. The first half of the show was devoted to the evolution of romance from the onset of relationships to the ultimate step of marriage. The second half explored more deeply the personal emotions that develop in romantic relationships.

For those who are Sondheim enthusiasts, or more appropriately for some, fanatics, all of the material included was familiar except for a number, “I Wouldn’t Change a Thing,” that was written on speculation by Sondheim for a proposed musical that never came to fruition. It was even new to Sperling who is deeply steeped in the works of Sondheim.

The performance got off to a light start with all of the cast singing “Love Is in the Air,” a song originally written as the opening number for a Funny Thing Happened on the Way to the Forum, but eventually cut in favor of an opener more suited to that show, “Comedy Tonight.”

For a concert that maintained a high level throughout, there were still several moments that stood out and received an extra burst of enthusiastic response from the audience. Among them were “Barcelona,” milked for all its humor by Strallen and Wolf; as fine a performance of “Getting Married Today” as you could desire, with an exceptional turn by Preiffer in the manic role of Amy; a deeply passionate rendering by Wolf and Strallen of “Too Many Mornings;” and a powerful performance by Danica of the closing number from Company, “Being Alive.”

All hands were on deck for this show’s well-chosen closer, a medley of tunes from Follies, “You’re Gonna Love Tomorrow” and “Love Will See Us Through.”

This was a concert filled with passion and humor. While these were all theater songs sung by musical theater performers, they infused their performances with elements of other musical styles, including jazz and pop influences. It was a well-rounded presentation that proved that Sondheim’s songs can stand on their own outside the contexts of the shows for which they were written –JOE LANG