At 7:30 p.m. on Friday, June 17, the New Jersey Performing Arts Center’s Victoria Theater will feature a unique event that has been in the works for over two years. Originally scheduled for January 29 (Jersey Jazz, January 2022), that evening will feature the Bill Charlap Trio with bassist Peter Washington and drummer Kenny Washington performing theater songs of Leonard Bernstein such as “Big Stuff,” “Lucky to Be Me,” “Some Other Time,” “Glitter and be Gay,” “Somewhere,” and “Cool.” Also, Ted Chapin, the award-winning theater historian with decades of backstage theatrical experience, will host a conversation with Charlap, and Jamie Bernstein, author of Famous Father Girl: A Memoir of Growing Up Bernstein (Harper: 2018) will share intimate moments and childhood memories. This is the latest edition of NJPAC’s “Conversations in Concert”.

Charlap pointed out that, while his trio has long experience with the maestro’s music (2004’s Grammy nominated Blue Note album, Somewhere: Songs of Bernstein), it will be something of a rediscovery since, “It is the first time we have played his music in quite a while. We used to play it pretty much any night we would play, and now it is rare because we played it so much, we moved on to other things. Now when we play it, it’s kind of new, because we’re different.”

Just as New Jersey’s acclaimed scientist Carl Sagan was excellent at explaining astronomical phenomena to the public of all ages, New Jersey’s Charlap is excellent at explaining the intricacies of music to his legions of fans. With amazing ease, he explained how West Side Story’s music of “violence, hurt, jealousy, and hate” between the gangs, when inverted, with the bottom note placed on top, becomes ‘Maria.’ “If you invert it one more time, and add the seventh,” you get [part of] ‘Something’s Coming.’ There’s a lot going on there: it’s very American; it’s Copeland, it’s Ned Rorem, it’s Gershwin, Mahler, Stravinsky, Prokofiev all in there, other things, too. The whole thing is magic.”

There will be more magic when Jamie Bernstein adds her unique perspective. Publishers Weekly lauded her book as offering “an in-depth, intimate view of her father [and] a fascinating picture of the dizzying magic that Leonard Bernstein brought to his music—and the complexity to his home life.” No doubt, sparked by the insights of Charlap and Chapin, she will expand on her memoir. –SCHAEN FOX

For tickets, log onto njpac.org. As of May 9, 2022, proof of vaccination status or results of a negative covid-19 test are no longer required of NJPAC audience members. Masks are encouraged but not required.

**Complimentary June Jersey Jazz Content** This is one of two articles from the July/August 2022 issue of Jersey Jazz Magazine being made available to everyone. For complete access to all articles in our award-winning... 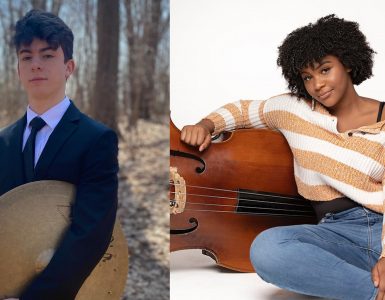 **Complimentary June Jersey Jazz Content** This is one of two articles from the July/August 2022 issue of Jersey Jazz Magazine being made available to everyone. For complete access to all articles in our award-winning... 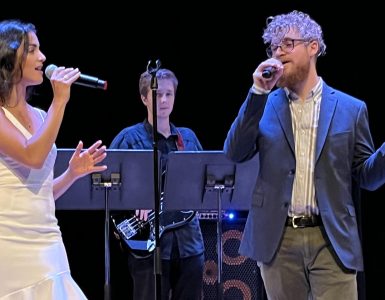 Deadline for 2022 SASSY Awards is September 6