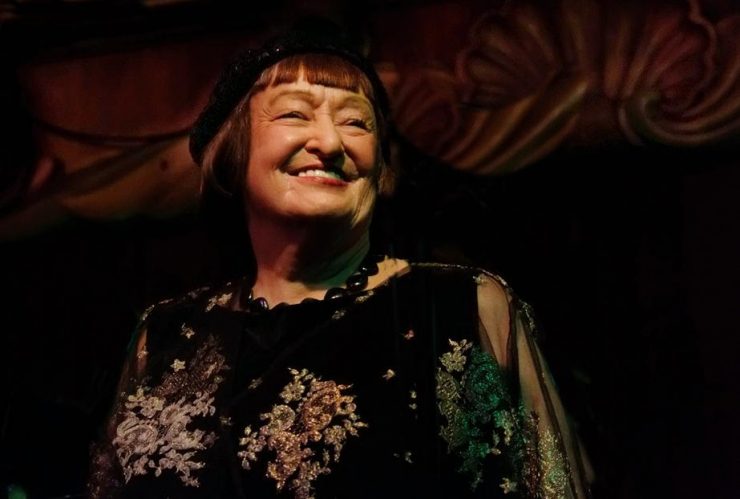 The top Jazz Journalists Association awards this year went to vocalist Sheila Jordan (pictured) for Lifetime Achievement in Jazz and to pianist/composer/bandleader Jon Batiste as Musician of the Year.

The 93-year-old Jordan moved to New York City in the early 1950s, sang in clubs and at jam sessions with Charles Mingus, Herbie Nichols, and Charlie Parker, among many others; studied with Lennie Tristano; and married Parker’s pianist, Duke Jordan. She was the first female artist to record for Blue Note. The album, released in 1963, was Portrait of Sheila, and she was voted Artist Deserving of Wider Recognition in the DownBeat Critics’ Poll that year.

Last year, an earlier album, Comes Love, recorded on the Capri label in 1960, was discovered and was released with the added title, “Lost Session 1960.” According to Scott Janow, writing in DownBeat, “it unearths a long forgotten and unheard session from June 10, 1960, that is Jordan’s true recorded debut . . . Her voice is a little higher than the one audiences came to know later in her career, but Jordan already had something personal and special to contribute . . . making the 61-year-old Comes Love an important discovery.”

Batiste, Bandleader and Musical Director of CBS-TV’s The Late Show with Stephen Colbert, won five Grammy Awards this year including Album of the Year for We Are (Verve).

In the June 2021 issue of Jersey Jazz, Aldana was beginning work on her first album for Blue Note. “I feel extremely honored to be a part of the label and a part of the legacy,” she said, adding, “It means so much to me.” When she was signed by the label, Don Was, Blue Note President, described her as, “one of the foremost musician/composers of her generation.”

Cohen was featured on the cover of the November 2021 Jersey Jazz in connection with her tribute to Newport Jazz Festival founder George Wein, who passed away on September 13, 2021 at the age of 95. Cohen and Wein had “an interesting friendship. We really connected through music.” At the time of the interview, she had just released a new Anzic album, Reconvexo, with Brazilian seven-string guitarist Marcello Goncalves.

A complete list of the JJA winners can be found at www.JJAJazzAwards.org. The awards will be presented to winners before their audiences at outdoor performances throughout the summer.