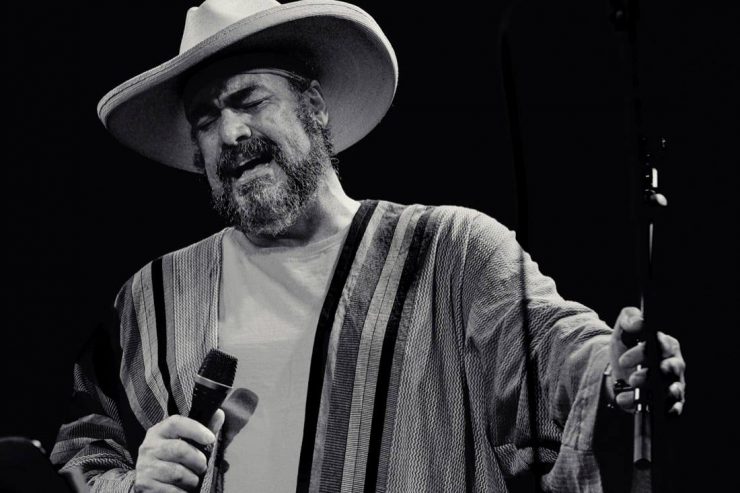 Reflections about Charles Mingus during the month of his centennial birthday.

“My dad did a lot of mental exercises, and I mean that in the sense that if there was something in tune, he didn’t like, he would listen to it again and try something in it that he liked. Even if it was just one element, doing that opens your mind to other possibilities. There is just some stuff that you don’t have to torture yourself and try and listen to, though. Sometimes he would say, ‘I like the way this guy is playing the drums, but I don’t like the song, but the drums are cool.’ Listening was something he put a lot of his energy into. He was also into just listening to people and observing. It was very important to him, and I think he passed that on to me. I also have a tendency just to listen, observe, and assess the situation. That also has to do with being raised in New York in the ‘70s.

“The first instrument I ever played was drums, and Dannie Richmond was my first teacher. He got me a snare, a high-hat, and a stool. I would see him once a week when I could, and I took my lessons, and now I just started playing drums again, and those lessons have come back. I remember the things he showed me.

“I started playing cello in school because it was the closest thing to bass, and maybe I was six; he (Charles Mingus) was very excited about that. He started giving me cello lessons at home, but then we moved when my parents split up, and I moved upstate with my mom. I started playing cello up there, but he actually bought me a cello, and we talked about it a lot, by phone and mail. It was good. That was the most honest communication we ever had. Music is where we communicated, and he felt clearly that I had an understanding and connection to music.

“For me, the 100th anniversary should celebrate a lot of things. All of the musicians and all of the people that he worked with. I would love it to shine a little on Max Roach because I loved how they played together and the record company they started (Debut Records). That combination is amazing to me. When you listen to Max Roach and my dad, it is different from listening to my dad with Dannie Richmond. In such a beautiful way, because they are both such individuals. My dad plays differently with Max than he did with Dannie; it was a very different relationship. People really go on and on about my dad with Dannie, as they should, but the Max Roach stuff happened, and it was pretty amazing. I guess I am a little partial because Max Roach was supposed to be my godfather, but somehow it didn’t pan out the way it was supposed to, but I did get to hang out with him a bit. He was like, ‘I used to hold you when you were a baby.’ He was family. Dannie is great, too.

“The difficulty I have is that it seems like a lot of the Charles Mingus focus tends to be on the 1970s, particularly when you are looking at the website. If you are not looking at the ‘50s and ‘60s, that’s a big mistake. Especially the Teo Macero stuff and John LaPorta stuff. The real Jazz Workshops stuff. It’s just a massive body of work.

“I’ve spent a lot of time on the road and have met people besides the musicians he worked with — people who worked for festivals and drove him around. I have been to places where he liked to eat in Europe, and he just had an amazing and fascinating life, and people just focus on small bits of it.” –JAY SWEET