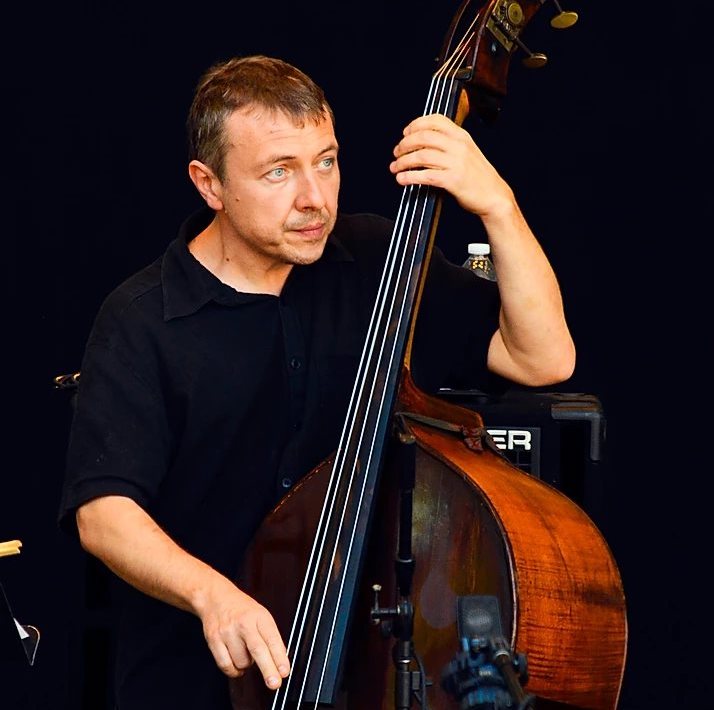 The April issue of Jersey Jazz celebrates the centennial birthday of Charles Mingus on April 22 with the feature, Charles Mingus at 100: Remembering a Genius by Jay Sweet. Throughout the month of April, njjs.org will supplement that coverage with additional reflections about this legendary bassist, bandleader, and composer.

On April 9, bassist Boris Kozlov (interviewed in the Jersey Jazz feature) will present Boris Koslov’s Electric Mingus Project at The Django in New York. Kozlov, a member of the Mingus Big Band, says this project developed because “we all started fantasizing about Mingus music, using different grooves and soundscapes. We would sometimes mess with this stuff during soundcheck with drummer Johnathan Blake. With the big band, we would experiment and put the soloist on the spot by doing something like changing a 12/8 groove to 11/8. Some of that fooling around gave me some ideas for new arrangements. I’m really happy that this gig came my way. We will see what happens.”

Kozlov is pleased that Mingus’ music “is actually being played more and more, and much of his music has become ‘standards’. More and more large groups have expressed interest in playing his extended compositions. There are also these high school competitions dedicated to his music. So, people who never heard his music are exposed to it.”

Throughout April The Django will be featuring Mingus’ music in observance of his centennial. Here’s the rest of the schedule: