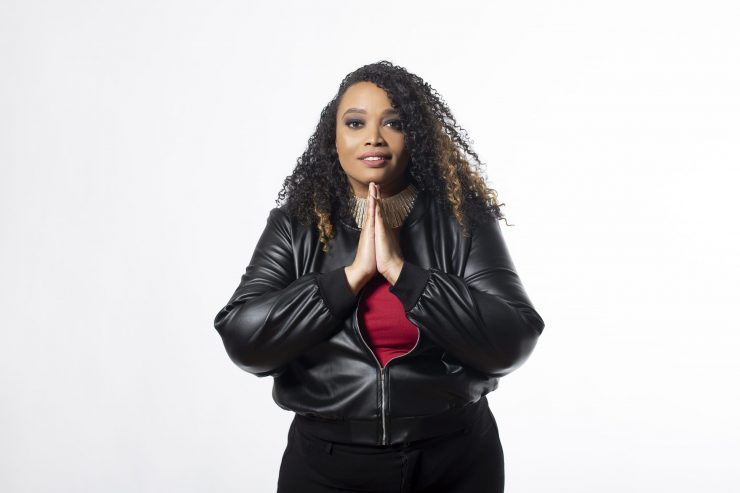 Vocalist Dara Tucker’s recent album, Dreams of Waking: Music for a Better World (Green Hill Productions: 2021), featured tunes associated with well-known singer/songwriters such as Carole King and Stevie Wonder and composers such as Burt Bacharach. According to Betsey Bell, writing in the (UK) Jazz Journal, “The great subtlety in the arrangements brings freshness to these already legendary tracks. Tucker achieves this especially in her take on Burt Bacharach’s ‘What the World Needs Now’. It’s fleshed out with beautiful piano flourishes from Cyrus Chestnut, who is also very good on Tucker’s rendition of Carole King’s ‘You’ve Got a Friend’.”

On Saturday, January 29 at 7 p.m., Tucker, accompanied by pianist Michael Kanan, will be singing selections from the album and other songs from her repertoire at the New Jersey Jazz Society’s Virtual Social.

As a composer, Tucker collaborated in 2019 with Keb Mo’ to write the title track for his Concord Jazz album, Oklahoma, which won a Grammy Award in 2020 for Best Americana Album. One of her original compositions, “Do We Sleep?”, appears on Dreams of Waking.

Reviewing her 2019 Watchman Music Group album, Oklahoma Rain, London Jazz News’ Peter Bacon wrote that Tucker “brings a fresh approach to jazz-inflected singing with a big sky atmosphere to the soundscapes she and her band create.” Born in Tulsa, OK, to a family of singers and ministers, Tucker traveled across the United States, performing with her family. She lived in Switzerland and Nashville before settling in New York City. She now resides in Newark with her husband, Greg Bryant, the host of “Jazz After Hours” on WBGO 88.3FM.

Bacon pointed out that Tucker’s singing style “mixes jazz and R&B . . . and adds tinges of gospel and country.” At times, he said her tone reminded him “vaguely of that other singer/songwriter with Nashville connections, Mary Chapin Carpenter . . . The act of stretching from jazz towards an Americana direction shows greater potential for originality — no one else seems to be operating in this particularly territory.”

For the past 20 years, Kanan has been the accompanist and arranger for vocalist Jane Monheit. A resident of Brooklyn, he leads a trio, which includes guitarist Greg Ruggiero and bassist Neal Miner.

The January 29th Social will be streamed on the njjs.org website as well as on the NJJS Facebook page and YouTube channel. There is no admission charge, but donations are welcome and appreciated.

Funding for the NJJS Socials has been made possible, in part, by Morris Arts through the New Jersey State Council on the Arts/Department of State, a partner agency of the National Endowment for the Arts.

Jazz Celebration of the Allman Brothers