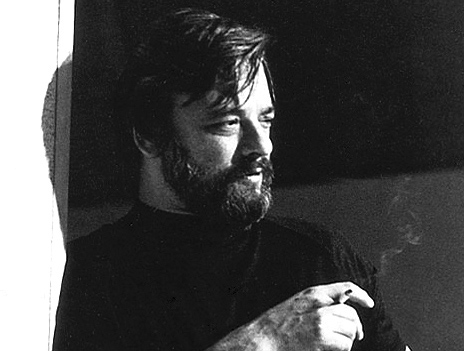 We have lost the most significant figure in musical theater for the last half century. Stephen Sondheim died on November 26, in Roxbury, CT, at the age of 91. Many details of Sondheim’s achievements are highlighted in The Stephen Sondheim Encyclopedia by Rick Pender (Rowman & Littlefield: 2021), which is reviewed after these personal words on the man and his artistry.

The first Sondheim show that I attended in person was the original cast performance of Company in 1970. While I have come to love the score and the show, I must admit, as a relatively unexperienced theater goer at the time, I was not prepared for the sardonic view of marriage presented in the show and also found the lack of a normal story plotline somewhat confusing.

My next exposure to Sondheim’s work was the original Broadway production of A Little Night Music, but it was not until several years later when I attended a performance of Side By Side By Sondheim, a review containing songs from various Sondheim shows, that I began to develop into something of a super Sondheim enthusiast. Sondheim was generally regarded as a Broadway composer/lyricist who wrote songs so specifically for character and situation that they could rarely be performed away from the show, but hearing the songs as songs, outside of the context of the shows for which they were written, made me realize they could be appreciated individually. Many cabaret and jazz/pop singers have made extensive use of them.

Next up for me was Sweeney Todd. I was so overwhelmed by the original cast production that I attended by myself that I took my wife to see it a few weeks later. It became, and has remained, my favorite piece of musical theater. I have seen several full productions and concert versions of the show. Another amazing experience was seeing the concert version of Follies at Lincoln Center in 1985. I had not seen the original production but have seen several subsequent versions, including the memorable production at the Paper Mill Playhouse, and, most recently, the 2011 revival that started at The Kennedy Center in Washington and transferred to Broadway.

Sunday in the Park with George is also a favorite. The closing scene of Act One in the original production is one of the most stunning moments that I have experienced in a theater. Among other Sondheim shows that I have seen are Pacific Overtures, Merrily We Roll Along, Into the Woods, Putting It Together, Passion, The Frogs, Road Show, and Sondheim on Sondheim, many of them in more in than one production.

Part of my Sondheim experiences have been attending concerts devoted to his work, including a 1995 concert at Carnegie Hall inspired by the Sony Masterworks recording, Color and Light: Jazz Sketches on Sondheim, and Wall to Wall Sondheim, a 12-hour concert at Symphony Space featuring the music of Sondheim in celebration of his 75th birthday.

It is often said that Sondheim’s music does not lend itself to jazz interpretations. This is understandable for his melodies generally do not have the inherent swing and form of the Great American Songbook music by such composers as Gershwin, Arlen, Carmichael, Berlin, Van Heusen, etc. Thus, jazz artists need to stretch their imaginations somewhat to approach the Sondheim catalog. When they do accept the challenges his music presents, the results are usually satisfying to player and listener.

In addition to the multi-artist Color and Light, there have been many albums of Sondheim music by jazz artists. Fleet Street, a big band interpretation of Sweeney Todd arranged by Terry Vosbein and performed by the Knoxville Jazz Orchestra (CD Baby/Max Frank Music: 2011) is among the best big band albums of this century, a very Kenton-like, often witty, take on this challenging score. Pianist Terry Trotter released a series of six trio albums of the Sondheim scores to A Funny Thing Happened on the Way to the Forum, Company, Follies, A Little Night Music, Sweeney Todd, and Passion. Bassist Tommy Cecil and pianist Bill Mays did two scintillating Sondheim albums, Side By Side: Sondheim Duos and Our Time: Sondheim Duos, Volume 2. (self-produced: 2012 and CD Baby: 2013). A Canadian group, A Sondheim Jazz Project, has an engaging album titled City of Strangers (Bobby Hsu Music: 2013). Several jazz-oriented vocalists have recorded albums of Sondheim material, including Cyrille Aimée, Move On: A Sondheim Adventure (Mack Avenue: 2019), Cleo Laine, Cleo Sings Sondheim (Sony Legacy: 1988), Jane Harvey, The Jazz Side of Sondheim (Little Jazz Records: 2012), and Cheryl Bentyne, reArrangements of Shadows (ArtistShare: 2017).

In addition to full albums, it has become increasingly frequent that jazz musicians have started to include Sondheim material in their performances and recordings. This is a happy reality for those who have long recognized his genius and have desired to hear fresh approaches to his rich catalog. While his creativity has been silenced, his music lingers on, much to our benefit. — JOE LANG

The Stephen Sondheim Encylopedia by Rick Pender: A Review

Pender has spent much of his career writing about the arts, including a dozen years serving as Managing Editor of The Sondheim Review, a quarterly magazine devoted to the work of Stephen Sondheim. When Rowman & Littlefield decided to publish an extended work on various aspects of Sondheim’s career, they chose Pender to be the author. He spent about two years researching and writing the 131 entries.

Since this is an encyclopedia, it is not the kind of book that most people would read cover to cover. Probably the first thing that a Sondheim enthusiast would do is read the entries about each of his shows. Those entries contain a brief summary of the original production, an overview of the show, a synopsis of the story line, the sources and development of the book, the creative team, the original cast and characters, the score, highlighting several of the songs, reviews and reactions, other significant productions, recordings and references.

Other entries explore the careers of Sondheim’s collaborators, members of the production teams, performers who have appeared in Sondheim productions, details about some of the most significant songs, various Sondheim involvements in addition to his musical theater pieces such as film songs or scores, incidental music for straight plays, or single songs contributed to musicals, and a variety of other Sondheim-related subjects.

Sondheim has universally been recognized for his artistic vision, but the reaction to his work brings to mind the reaction of jazz enthusiasts to the music of Stan Kenton. There are devotees to both of these artists that almost seems cultish to those who have reservations about their work. Time has tempered the reactions of both camps. The enthusiasts have come to understand the reservations of those who are not in their camp, while those more critical often have come to recognize the significance of material that did not initially appeal to their sensitivities.

Sondheim’s innovative approach to musical theater revolutionized it much as Rodgers and Hammerstein opened a new chapter in musical theater with Oklahoma, He showed a daring new approach with the commercially unsuccessful Anyone Can Whistle followed by his breakthrough pieces, Company and Follies. He found new ground with each subsequent production, some quite successful like A Little Night Music, Sweeney Todd, Sunday in the Park with George and Into the Woods, while others like Pacific Overtures, an innovative show that lacked commercial appeal, and Merrily We Roll Along, plagued by a weak book, questionable casting decisions, and closing quickly despite a terrific score, were nice tries that came up short.

This volume is an impressive undertaking. Given Pender’s background, especially his involvement with The Sondheim Review, he was a perfect choice to undertake this challenge. The results should please any individual who is interested in musical theater in general and the Sondheim oeuvre in particular. It provides a wealth of knowledge about the artistry of the singular genius who is Stephen Sondheim. –JL