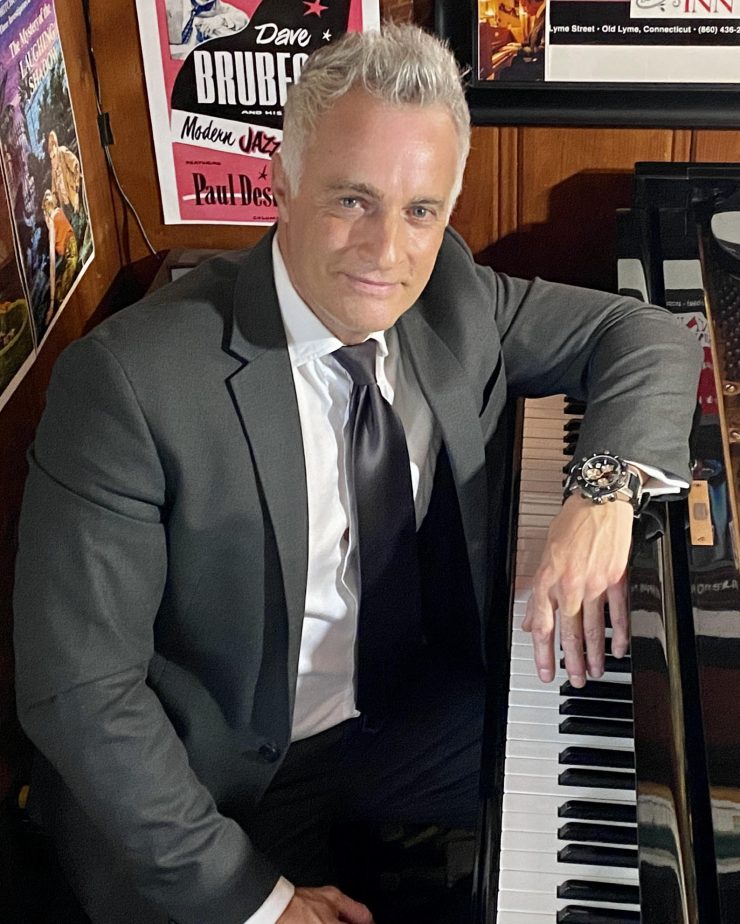 In December 2020, pianist Eric Mintel was scheduled to present a concert at the Jay and Linda Grunin Center for the Performing Arts in Toms River, celebrating Dave Brubeck’s centennial birthday (Brubeck was born on December 6, 1920). The pandemic canceled that concert, but at 3 p.m. on Sunday, December 5, Mintel and his quartet will be performing “Brubeck 101”, the centennial celebration, a year later, as part of this season’s Jazz on a Sunday Afternoon series.

“We’ll be doing Brubeck pieces such as ‘Blue Rondo a la Turk’, ‘Take Five’, ‘Koto Song’, ‘Three to Get Ready’, ‘Crescent City Stomp’, and ‘Unisphere’,” Mintel said, adding that he’ll also be including a couple of Brubeck-inspired originals.

When Mintel was a teenager in Bucks County, PA, in 1982, he discovered an old 45 rpm recording of “Take Five” with “Blue Rondo Ala Turk” on the flip side. That was his introduction to modern jazz, and it changed his musical life. “When I heard this,” he said, “I decided this is what I want to do.”

Eight years later, when the Brubeck Quartet played at the Kenswick Theatre in Glenside, PA, Mintel went backstage to meet Brubeck. In 2005, at the Kimmel Center in Philadelphia, Mintel’s quartet was the opening act before Brubeck’s performance. “We hung out afterwards,” he recalled.

Brubeck’s classic Columbia Records album, Time Out, which contained “Take Five”, “Blue Rondo ala Turk”, and “Three to Get Ready”, was the first jazz album to sell one million copies, and it reached Number 2 on the Billboard pop album chart.

All Music Guide’s Matt Collar, reviewing some of Mintel’s albums, wrote that, “Mintel brings to mind an organic mix of such influences as Dave Brubeck, Bill Evans, and Thelonious Monk. As such, he displays a gift for swinging melodies, odd time signatures, and some classical themes. This is urbane, precise, but still passionate jazz that is the epitome of intellectual good taste.”

Mintel’s quartet includes Nelson Hill on alto saxophone, Dave Mohn on drums, and Jack Hegyi on bass. They’ve been together for more than 20 years.

The New Jersey Jazz Society is a proud sponsor of the Jazz on a Sunday Afternoon series. To order tickets, log onto grunincenter@ocean.edu or call (732) 255-0500. In-person tickets will be sold in socially distanced pods, and there is also a virtual viewing option. Visitors aged two and up must wear masks at all times when inside the Grunin Center, including when seated in the theater.