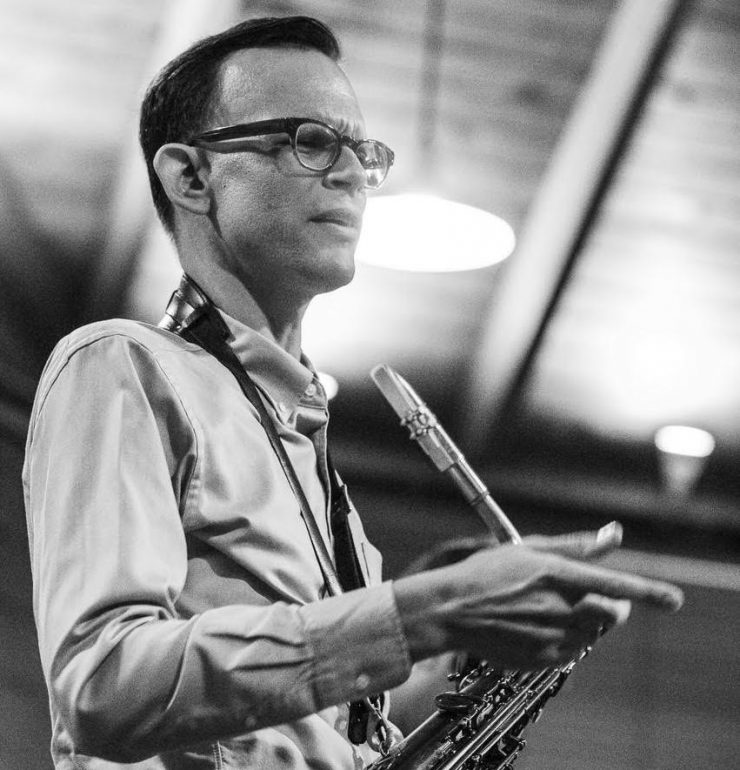 Since moving to New York in 2001, Frank Basile has been one of today’s most in-demand baritone saxophonists, performing or recording with the Vanguard Jazz Orchestra, Dizzy Gillespie All-Star Band, and the Jimmy Heath Big Band, among many others. At 3 p.m. EDT on Sunday, October 17, he will focus on the six baritone saxophonists who have had the greatest influence on his playing. The presentation will be live streamed as part of the Jazz Education series jointly sponsored by the Metuchen Arts Council-Jazz and the New Jersey Jazz Society.

The six saxophonists are: Harry Carney, an integral part of the unique sound of Duke Ellington’s band; Leo Parker, the first baritone saxophonist to incorporate the new sounds of bebop into his playing; Cecil Payne, another of the first exponents of bebop on the baritone saxophone; Pepper Adams, whose playing was characterized by an adventurous sense of harmony, an assertive tone, and a witty sense of humor; Ronnie Cuber who synthesized the influence of Adams along with that of great tenor players such as Hank Mobley and John Coltrane into a very personal and engaging style; and Gary Smulyan, who switched from alto saxophone to baritone when he joined Woody Herman’s band and who was the winner of JazzTimes’ 2020 Readers’ Poll as the Number 1 current baritone player. Gerry Mulligan, noticeably absent from this presentation, was the subject of July’s Jazz Education presentation, still available on the NJJS YouTube channel.