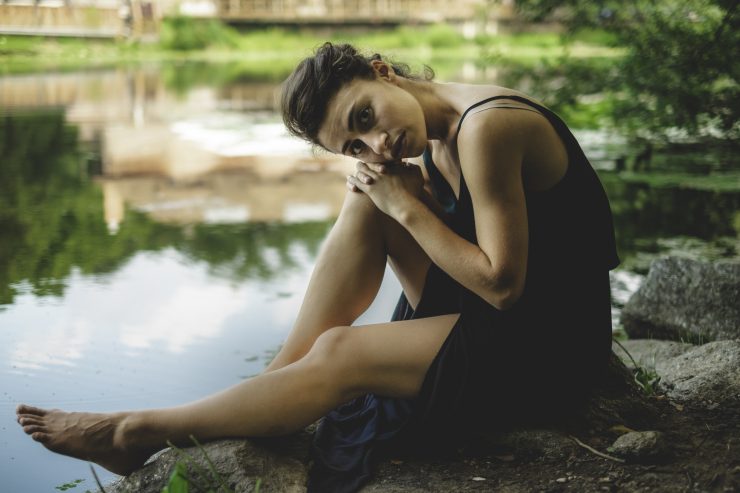 Vocalist Lucy Yeghiazaryan sold out the New Brunswick Jazz Project’s August 11th venue, Clydz. But, if you missed her there, she will be appearing at Chris’ Jazz Café in Philadelphia on August 14 and the Delaware Water Gap’s Deer Head Inn on August 20. Those gigs were funded by South Arts, a non-profit regional arts organization.

Then, from September 2-6, she will be appearing with pianist Emmet Cohen at the Vail Jazz Party in Vail, CO, as part of a star-studded lineup that will also include multi-reedists Adrian Cunningham and Ken Peplowski, tenor saxophonist Joel Frahm, and drummer Jeff Hamilton, among others.

Yeghiazaryan’s association with Cohen began four months ago when she appeared on his weekly live stream show, Live From Emmet’s Place. “He lives a couple blocks from me,” she said. “He asked me to join him, and, once everyone was vaccinated, we got together. The live stream from his place really had a big reaction in a lot of ways. Emmet already is one of the tops of my generation and has one of the most widely viewed live streams. So, the association really helped. I had a huge influx of people tuning in and a lot more sales of my first album (Blue Heaven, Cellar Live: 2019).”

Her second album, In Her Words, is a collaboration with vocalist/composer Vanisha Gould that has been funded by the New York Foundation for the Arts. It’s due for release on September 24. “It’s about the experiences of women, approached from a very casual place,” she said. “I tried to make it be a little glimpse into a conversation between two women late at night over a cup of coffee. Half the songs are original compositions by Vanisha, and the other half are standards, mostly arranged by Vanisha and me. I wanted it to also be a conversation that people like Billie Holiday started that should continue today, difficult conversations about domestic violence, for example.”

Among the standards are the Maurice Yvain/Channing Pollack 1920s song, “My Man”, popularized by Holiday in 1937, and Rodgers and Hart’s “Nobody’s Heart Belongs to Me.” Most of the songs on the album, Yeghiazaryan said, “are about how you’re lonely and heartbroken.” She likes “Nobody’s Heart Belongs to Me” because, “it’s such a different message. This song says, ‘Maybe I don’t need anybody. I’m good by myself.’”

As for Gould’s compositions, “I really like Vanisha’s songwriting. Her songs never sound forced. They come naturally to her. And, they’re about conversations that we’ve had about random dates and boys. Because it was a mixed project between Vanisha and me, we mixed our people. We’re working with a bass player who always plays with her named Dan Pappalardo. We have a guitarist, Eric Zolan, who’s someone I work with. Then, we had Ludovica Burtone on violin and Kate Victor on cello. It’s a very sparse instrumentation, and it’s also the first album both of us have done that has strings on it.”

Yeghiazaryan also recently finished a recording for Chamber Music America’s Performance Plus program, which provides grants to U.S.-based female-led ensembles to engage an experienced jazz artist-educator for six evaluative listening sessions with the goal of enhancing the ensemble’s performance. For the project, she selected tenor saxophonist Houston Person as the artist-educator, and the rest of the ensemble included her husband, tenor saxophonist Grant Stewart, and two college friends from William Paterson University — bassist Vince Dupont and guitarist Charlie Sigler.

“Houston would be constantly on me to keep it simple,” she said. “I thought he would insist on doing more, but he always wanted less. It was a hard lesson to learn. It really has been such a joy getting to know him personally and musically, because I never got to finish school for jazz, nor did I get too close with an elder. Now I feel very much tied to Houston. So, I’m really, really happy that I had the opportunity. He is just not acting his age whatsoever. He’s out and about playing gigs and cracking jokes, always driving or flying here and there, and he’s just not slowing down. I’m hopeful about my old age looking at Houston.

“He has a great sense of humor that is very light hearted, but also dark. And he’s very straightforward. If he had something to tell me, he just told me, and that’s how it was. I’ve always liked that approach. I learn best when people are just straightforward and honest with me, rather than trying to find a smooth and kind way of telling me things. We worked extremely well together.” —SCHAEN FOX