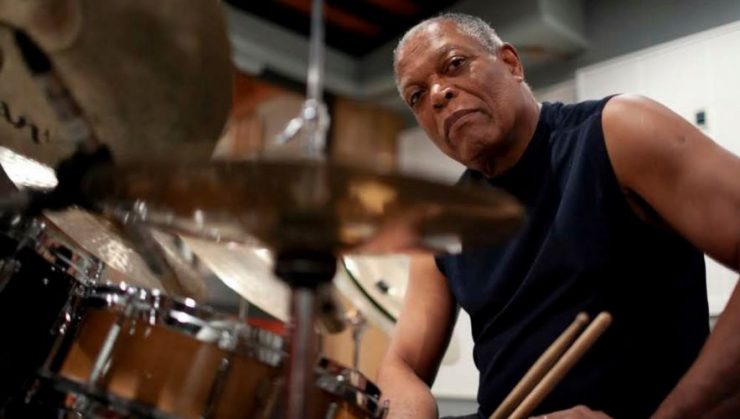 Montclair, NJ-based drummer Billy Hart is one of the four 2022 National Endowment for the Arts Jazz Masters. The other honorees are: bassist Stanley Clarke, saxophonist Donald Harrison, Jr., and vocalist Cassandra Wilson. Each recipient will receive a $25,000 award and will be honored in a concert to be held on March 31, 2022, at the SF JAZZ Center in San Francisco.

This will be the third year that NEA and SF JAZZ have collaborated on the tribute concert. The 2020 and 2021 concerts were completely virtual due to the Covid-19 pandemic. The 2022 will be live and also live streamed. Free tickets will be available for the public to reserve in February 2022.

Hart has performed with some of the most important jazz musicians in history including pianists Herbie Hancock and McCoy Tyner, tenor saxophonist Stan Getz, and guitarist Wes Montgomery. Since the early 1990s, he has taught at the Oberlin Conservatory of Music and has been on the adjunct faculty at the New England Conservatory of Music and Western Michigan University. He currently leads the Billy Hart Quartet with tenor saxophonist Mark Turner, pianist Evan Iverson, and bassist Ben Street. He is also a member, with fellow awardee Harrison, of the The Cookers septet.

In a review of Hart’s quartet several years ago, The New York Times’ Nate Chinen pointed out that “Bebop is the group’s lingua franca, though it should be understood that the word refers here to an aesthetic practice rather than an historical style. Mr. Hart has covered the full jazz spectrum during his accomplished career; he isn’t a classicist or a throwback . . . He has a loose but authoritative approach to propulsion, along with an almost scary conviction in the power of a single emphatic gesture: the thwack of a mallet on a floor tom, the washy impact of a full-tilt cymbal crash . . .”

Clarke has played with a number of jazz legends, including pianist Horace Silver, drummer Art Blakey, and tenor saxophonist Dexter Gordon. He was a founding member of the legendary jazz-rock fusion band, Return to Forever with keyboardist Chick Corea, drummer Lenny White, and guitarist Al DiMeola. Based on a strong belief in giving back, Clarke and his wife, Sofia, established The Stanley Clarke Foundation, a charitable organization that awards scholarships to talented young musicians every year. His current band includes keyboardists Cameron Graves and Beka Gochiashvili and drummer Mike Mitchell. Mitchell and Gochiashvili joined the band at ages 17 and 16, respectively.

Harrison’s award is the A.B. Spellman NEA Jazz Masters Fellowship for Jazz Advocacy. Known for the creation of “Nouveau Swing”, a blend of jazz with rhythm & blues, hip-hop, rock, and soul, Harrison is dedicated to preserving the music and culture of New Orleans, where he lives. He has mentored such artists as pianist Jon Batiste, trombonist Trombone Shorty, and bassist/vocalist Esperanza Spaulding.

Wilson has created a body of work that has expanded beyond the definition of jazz to encompass blues, country, and folk. She has recorded more than 20 albums as a leader and has appeared on recordings by such musicians as trumpeter Terence Blanchard, guitarist Bill Frisell, and bassist Charlie Haden.

Since 1982, the National Endowment for the Arts has awarded 165 fellowships to such jazz greats as Ella Fitzgerald, Dizzy Gillespie, Sonny Rollins, and Sarah Vaughan. SF JAZZ, founded in 1983, works to develop the audience for jazz in the San Francisco Bay Area and beyond via several award-winning jazz ensembles.