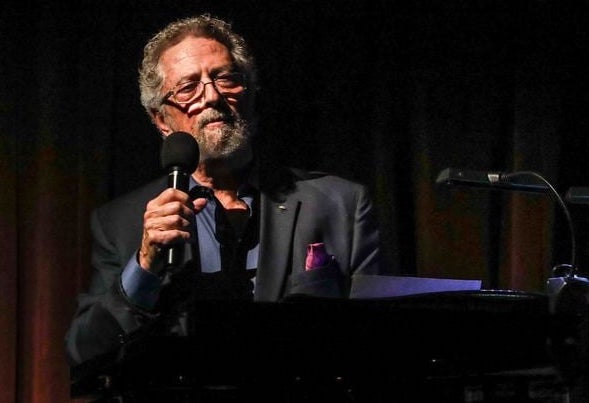 “Mike Renzi,” said vibraphonist/drummer Chuck Redd (on Facebook), “was every singer’s best friend.” While Renzi, who died September 29, 2021, at the age of 80, didn’t arrange for or accompany every singer, he probably came close. The list is endless and includes legends such as Mel Torme, Peggy Lee, Frank Sinatra, Tony Bennett, Annie Ross, and Lena Horne. He also worked with jazz instrumentalists such as George Shearing, Gerry Mulligan, Houston Person, and Scott Hamilton.

Redd recalled an Arbors Records recording session with vocalists Nicki Parrott and Becky Kilgore. “He would ask them each to sing a phrase before a take so he could find the perfect chord voicing to elevate the music to its highest level,” said Redd. According to pianist/composer Russell Kassoff (also on Facebook), “Renzi had a magical sense of harmony, music and touch . . . He was a guru and inspiration to me every time I heard him and learned from him.”

Renzi was born in Providence, RI, and was a graduate of the Boston Conservatory of Music and the Berklee College of Music. He moved to New York City in 1976 and appeared as a pianist and arranger on countless albums. Among them: Lena Horne: The Lady and Her Music (Qwest: 1981), Peggy Lee Sings the Blues (Musicmasters: 1988), An Evening with Mel Torme (Concord Jazz: 1996), and Tony Bennett & Lady Gaga: Cheek to Cheek (Columbia/Interscope: 2014).

For the past 20 years, Renzi lived in Middletown, RI, just north of Newport, and The Newport Daily News columnist Jim Gillis remembered him, writing that “he established himself as a pianist/arranger in New York City . . . working with a ton of great performers. He was one of maybe 100 people invited to attend Lena Horne’s funeral.”

Pointing out that Renzi was a native Rhode Islander, Gillis added, “You needn’t be a big name to play with Mike, nor did you have to travel to Manhattan to see him. Mike played Wednesday jazz nights at Sardella’s and at Jo’s American Café, among other [local] venues . . . And, he played with a variety of local musicians, especially bassist Paul Del Nero, with whom he recently recorded.”

Renzi also was the Music Director of Sesame Street for 10 years and was one of four resident composers on the ABC-TV soap opera, All My Children.

“When Mike Renzi put his fingers on the keys,” wrote Stephen Sorokoff, columnist for the Times Square Chronicles, “it wasn’t just about his extraordinary technical precision or harmonic and rhythmic inventiveness. It was also about his ability to interject silence at just the right moments during his accompaniment of a vocalist.”