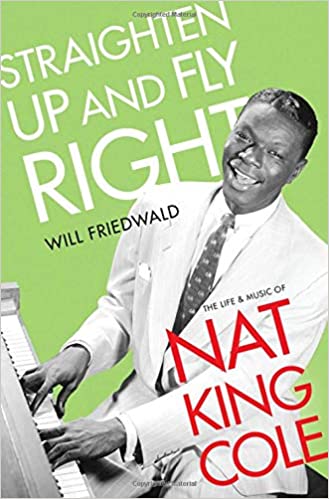 Long before he crooned his way into the hearts of the world, Nat King Cole (1919-1965) was already one of the greatest pianists in all of jazz.  Assembled in honor of Cole’s centennial year, Will Friedwald’s presentation on Nat King Cole will chronicle the entire history of one of the most dynamic and remarkable figures in American jazz and will feature rare film and video clips of the extraordinary vocalist/keyboardist, including many of his hits and signature songs, such as “Unforgettable.”

Friedwald is the Grammy-nominated journalist for The Wall Street Journal, author of the award-winning Sinatra! The Song is You (Da Capo Press: 1997) and the forthcoming new biography, Straighten Up & Fly Right: The Life & Music of Nat King Cole (Oxford University Press). At 3 p.m. EDT on Sunday, September 19, his Nat King Cole presentation will be live streamed as part of the Jazz Education series jointly sponsored by the Metuchen Arts Council-Jazz and the New Jersey Jazz Society

Cole started out as a great jazz pianist (and a profound influence on later players such as Oscar Peterson, George Shearing, Erroll Garner, and Ahmad Jamal) but ultimately became even more successful as a singer.

Friedwald will examine the model of Cole the “leader,” whose focus was always creating new and amazing music for his Trio — one of the most exceptional small ensembles in American music. The Trio itself, according to Friedwald, was much more important to Cole than his own playing or singing.  This is in distinct contrast to his later work, in which Cole functioned less as a leader and more like a star, who was always the central focus.

Although having started as a jazz pianist and finished as a singer and pop star, Cole, along the way, became something else, something that was even more of a surprise.  In establishing himself as the first African-American superstar singer, he became a de facto civil rights leader, and role model for African-American achievement.

The presentation will be available on the njjs.org website as well as on the NJJS Facebook page and YouTube channel. Attendance is free, but donations are suggested. If you can’t watch it live, it will be archived on njjs.org and the YouTube channel.