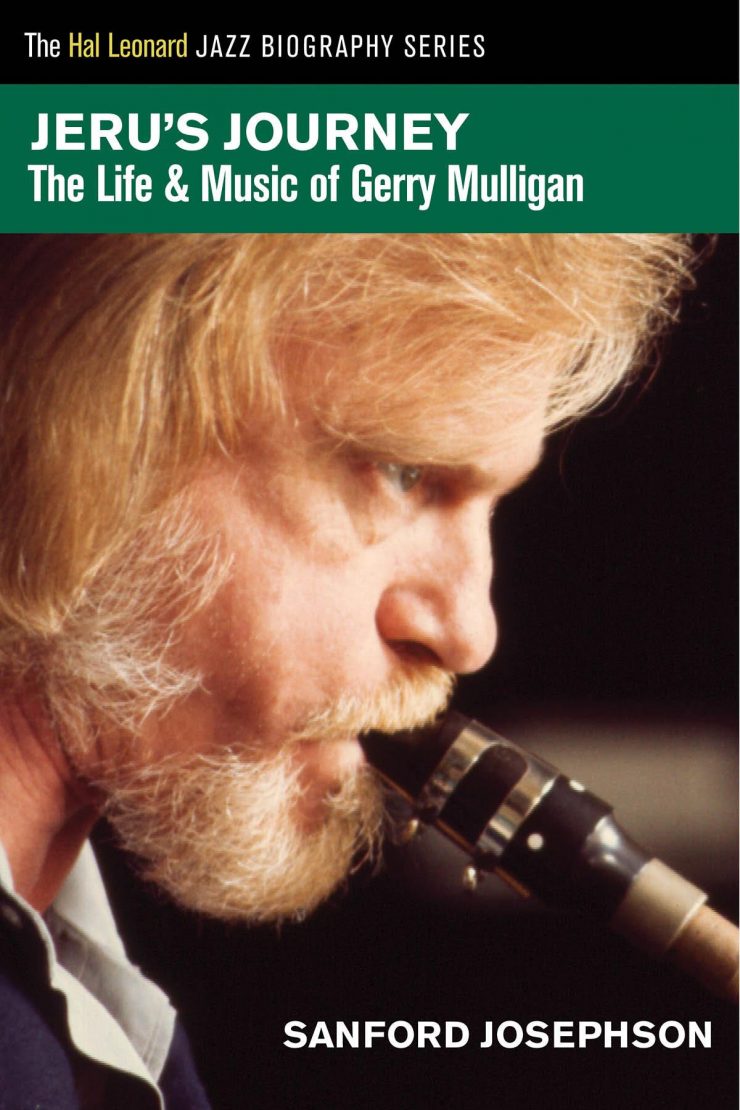 Shortly after Gerry Mulligan died in January 1996, the Los Angeles Times’ Don Heckman wrote that Mulligan “appears to have been taken for granted by the jazz world.” The reason, Heckman added, might have been “his versatility: Soloist, bandleader, composer, arranger, and songwriter.” Mulligan’s sound on baritone saxophone, he added, was “immediately recognizable, a rich, warm inviting timbre. Smooth and flowing in ballads, overflowing with energy and vigor in up-tempos . . .”

On July 18, Sanford Josephson, Editor of Jersey Jazz Magazine and author of Jeru’s Journey: The Life and Music of Gerry Mulligan (Hal Leonard Books: 2015), will trace Mulligan’s career from his early days as an arranger for bands led by Gene Krupa and Claude Thornhill . . . to his enormous contributions to Miles Davis’ Birth of the Cool recording . . . to his super stardom in the ‘50s and ‘60s as leader of a pianoless quartet and concert jazz band . . . to his place as one of the giants of American music. The live stream event is part of the Jazz Education series, jointly sponsored by the Metuchen Arts Council-Jazz and the New Jersey Jazz Society.

Josephson interviewed Mulligan in 1981 at his home in Darien, CT. In 2011, he was given access to Mulligan’s oral autobiography by Mulligan’s wife, Franca; and that was supplemented by more than 40 interviews as well as excerpts from countless articles, reviews, and books. Ken Dryden, reviewing Jeru’s Journey in The New York City Jazz Record, wrote: “What Sanford Josephson manages to accomplish in a mere 180 pages is remarkable, creating a detailed portrait of the perennial poll-winning baritone saxophonist, noteworthy bandleader, composer, and arranger, who also added something special to every band of which he was a part.”

The July 18th presentation will be available on the New Jersey Jazz Society website, njjs.org, as well as on the NJJS Facebook page and YouTube channel. Attendance is free, but donations are suggested. To register, log onto: https://bit.ly/3xsSr9o.

Future Jazz Education presentations will be: September 19, “Nat King Cole@100 (NKC100) by Will Friedwald, music writer and author of Straighten Up & Fly Right: The Life & Music of Nat King Cole; October 18, “An Informal Survey of the Great Baritone Saxophonists” by baritone saxophonist Frank Basile, a member of the Village Vanguard Jazz Orchestra and the Dizzy Gillespie All-Star Band; and, November 21, “Ellington and Strayhorn: Alone and Together” by David Hajdu, Columbia University Professor, Music Critic for The Nation, and author of Lush Life, a biography of Billy Strayhorn. One additional program will be announced later.

Suzzanne Douglas, Actress Who Also Had a ‘Love of Jazz’