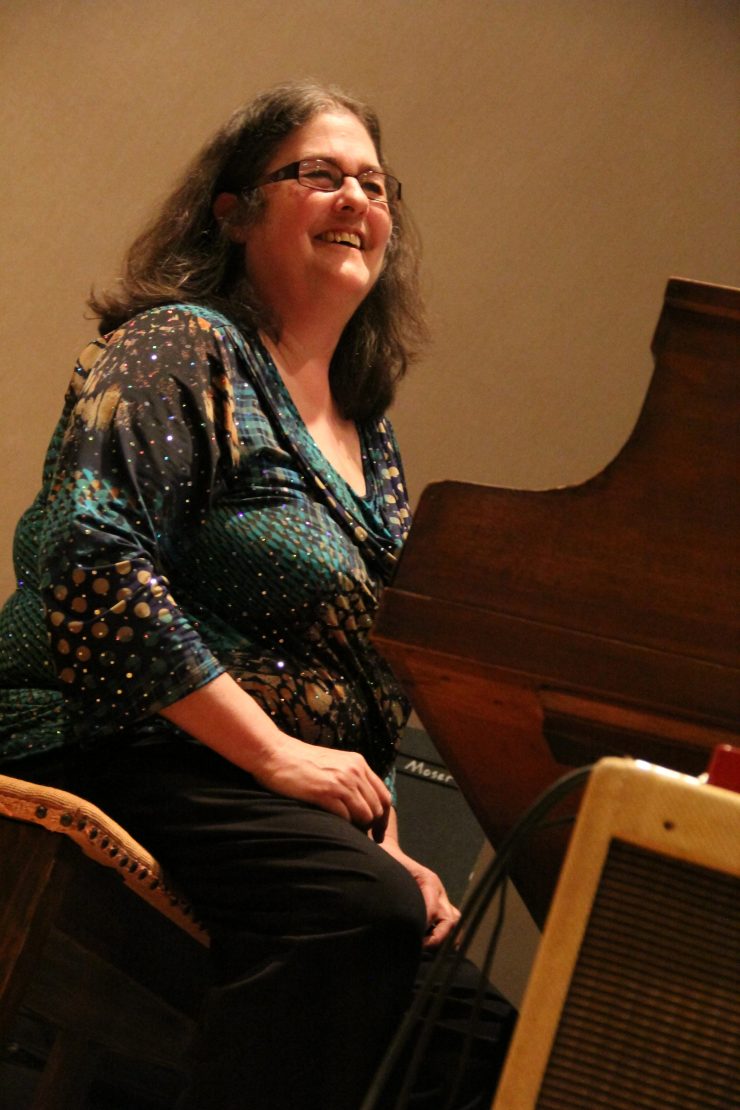 The late pianist Diane Moser’s Composers Big Band will get together at Tierney’s in Montclair, NJ, on Tuesday night, July 27, to pay tribute to its leader and founder. The band was launched at Tierney’s in January 1997. Among the alumni expected to perform are trombonists Erick Storckman and Ben Williams, trumpeters Rob Henke and Chris Rogers, and drummer Scott Neumann.

Moser passed away on December 17, 2020, at the age of 63. In the February 2021 issue of Jersey Jazz, Neumann recalled that, “Even as Diane was very sick the final years of her life, she rallied her Composers Big Band’s bandmates together to share memories of beloved longtime saxophonist/band member Ed Xiques, who had passed away only days before Diane’s untimely death.

On the 27th, the band will focus on Moser’s and Xiques’ compositions as well as those of other DMCBB resident composers such as Storckman, Henke, trumpeter Barbara Cifelli, trombonist Matt Haviland, and saxophonist Rob Middleton.

The concert will also be a fundraiser for the Jazz Foundation of America’s Dizzy Gillespie Memorial Fund, which, for more than 20 years, has provided pro bono medical care for thousands of jazz musicians, including Moser, who received care at the Dizzy Gillespie Cancer Institute at Englewood Hospital.

Also performing at the event will be Mark Dresser & Friends, a band led by bassist Dresser who recorded with Moser on Duetto (Cimp: 2012) and Music for the Last Flower (CD Baby: 2014). Mark Dresser & Friends will play at 8 p.m., followed by the big band at 9:30 and 10:30. Seating is limited, and a $15 donation is requested. For more information, log onto www.tierneystavern.com.