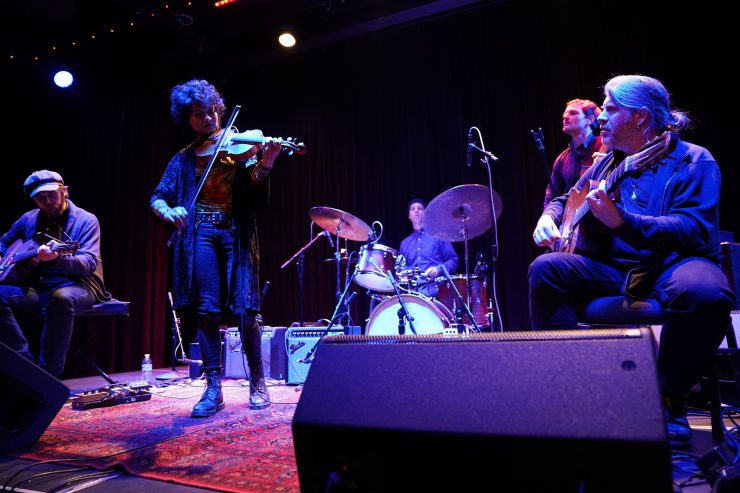 As Jay Sweet pointed out in the May issue of Jersey Jazz Magazine (The Django Legacy), Maplewood, NJ-based guitarist Stephane Wrembel has emerged as one of the finest and most authentic Django Reinhardt interpreters. Wrembel has produced a six-part album series, The Django Experiment (Arte Boreal Records), and CD Release Shows for The Django Experiment VI will highlight this year’s Django A Gogo Festival, to be held from June 3-5 at The Woodland in Maplewood and on June 6 at Drom in New York City.

The Woodland concerts are as follows:

All Maplewood concerts begin at 8 p.m. Strict safety protocols will be in place and are posted at thewoodlandnj.com. For more information and tickets, call (973) 843-7157.

The Django Experiment VI “CD Release Party” will be repeated at 7 p.m., Sunday, June 6 at Drom, located at 85 Avenue A in New York City. Drom is adhering to safety guidelines issued by the New York State Department of Health. For more information and to purchase tickets, call (212) 777-1157 or log onto dromnyc.com.

Django A Gogo is sponsored by the Maplewood Division of Arts & Culture and is presented with the support of the Cultural Services of the French Embassy in the United States.