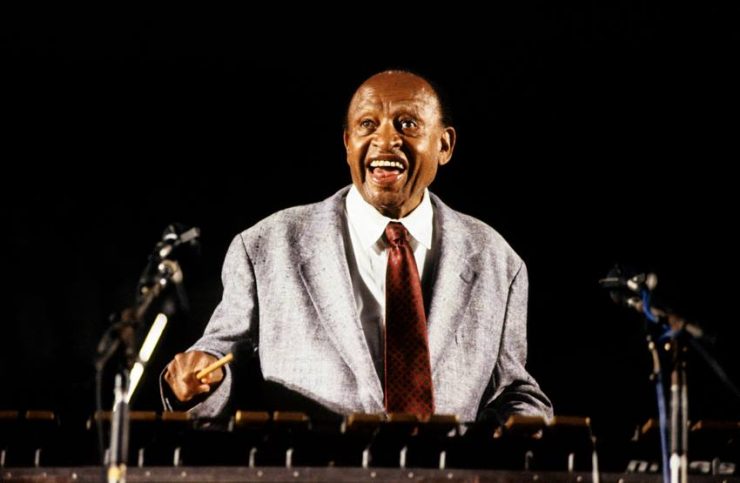 Lionel Hampton, who passed away in 2002 at the age of 94, received a Grammy Lifetime Achievement Award this year. He was nominated by the co-leaders of the current Lionel Hampton Big Band, created in 2015 with the blessings of The Lionel Hampton Estate. Three of those co-leaders: bassist Christian Fabian, saxophonist Lance Bryant, and special guest, vibraphonist Jason Marsalis, will be celebrating Hampton’s life and music at the New Jersey Jazz Society’s Virtual Social on Saturday, April 17 from 7-8 p.m.

Fabian and Bryant played with Hampton and will be telling some personal stories about those days. Marsalis will talk about Hampton’s influence on him as a vibraphonist and what motivated him to try to fill the master’s shoes in the current edition of the band.

In 1934, Hampton was leading his own band at LA’s Sebastian’s Cotton Club and was noticed by Goodman, who invited him to join his trio, with pianist Teddy Wilson and drummer Gene Krupa. The importance of that collaboration, according to The New York Times’ Peter Watrous (September 1, 2002) “cannot be overstated, on both musical and social grounds. Not only did Mr. Hampton and Mr. Goodman make exceptional music, but they, along with the pianist Teddy Wilson, presented a public, integrated face for jazz.”

The Virtual Social on Lionel Hampton will be streamed on the New Jersey Jazz Society website, www.njjs.org, as well as on the NJJS Facebook page and YouTube channel. There is no admission charge, but donations are welcome and encouraged.

This program has been proudly supported by a grant from Investors Foundation.