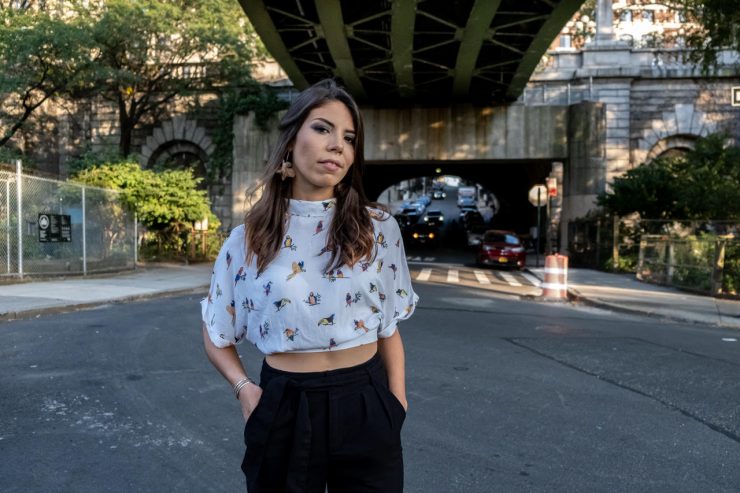 In May 2019, tenor saxophonist Melissa Aldana released “Visions”, an album on the Motema Music label, to great acclaim. AllAboutJazz’s Friedrich Kunzmann called it “a highlight of the year,” adding that Aldana “lives up to great expectations and then some.” One of the tracks, “Elsewhere”, written by Aldana, was nominated for a Grammy for Best Improvised Jazz Solo.

On Friday night, April 23, at 7:30 p.m., Aldana will lead a quintet playing selections from Visions as part of the Jazz Standard’s “The Flip Side Sessions” virtual concert series. Bassist Pablo Menares, who appears on the album, will join her along with guitarist Charles Altura, drummer Kush Abadey, and pianist Sullivan Fortner.

Nine of the 11 compositions on Visions were written by Aldana; one, “Perdon”, was written by Menares; and the one standard is the Ray Evans/Jay Livingstone tune, “Never Let Me Go”, written for the 1956 film noir, The Scarlet Hour, and performed in the movie by Nat King Cole.

Aldana, who is beginning work on a new album, was very happy about the Grammy nomination because it was from an album, “I produced myself – just from my idea.” Her inspiration for the album was Mexican artist Frida Kahlo.

“The Flip Side Sessions” are recorded at the South Orange Performing Arts Center and produced by Seth Abramson, Jazz Standard’s Artistic Director. Virtual tickets are $15 and can be ordered at jazzstandard.com. Ticket holders can watch the performances on-demand through Sunday following each initial Friday evening concert. A portion of ticket sales will be donated to the Jazz Foundation of America.

These concerts will continue through May 14. The Bill Charlap Trio will be appearing April 30.