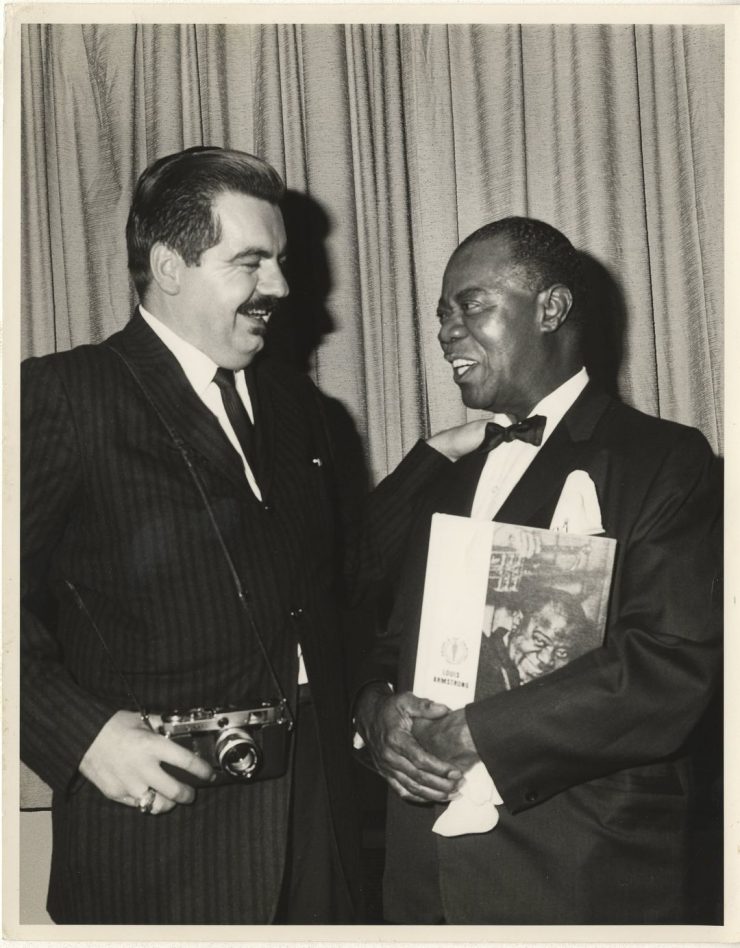 Jack Bradley, who functioned like a personal photographer for Louis Armstrong from 1959 until Armstrong’s death in 1971, died March 21 at the age of 86 in Brewster, MA. According to his friend, Mick Carlon, Bradley had two passions: “boating and Louis Armstrong.”

Bradley met Armstrong in 1959 and told Carlon, “I was so nervous that I was shaking. He put his hand on my shoulder and said, ‘Everything’s cool, man. We’re just two guys hanging out.’ Instantly, my nerves vanished.” Bradley photographed hundreds of Armstrong concerts and recording sessions and also took photos of several other jazz luminaries including Duke Ellington, Coleman Hawkins, and Billie Holiday.

A collector of memorabilia, Bradley was the subject of a feature in Every Thing But The House Magazine two years ago. In that article, another friend of his, Mike Persico, recalled that Bradley would “be there when Louis got home to his house in Corona, Queens, or take photos of Louis loading up the tour bus with the neighborhood kids coming to help. People like Dizzy Gillespie would come over, and they’d eat grilled cheese sandwiches and talk. It was a jazz lover’s dream.”

Ricky Riccardi, Director of Research Collections at the Louis Armstrong House Museum and author of two books about Armstrong, described Bradley on Facebook as “a hero of mine and a friend. He was one-of-a-kind, and I loved him. Jack might be gone, but the photos he left behind will continue to inspire for eternity.” Loren Schoenberg, Artistic Director of the National Jazz Museum in Harlem, posted this about Bradley on Facebook: “The world and the jazz world in particular lost a mightily bright light when Jack Bradley passed away . . . A superlative photographer, a true scholar of jazz, friend to countless musicians and jazz lovers, Jack Bradley was truly one of a kind.”

Most of Bradley’s photographs of Armstrong were donated to the Louis Armstrong House Museum. According to Persico, “He documented a dying era in American culture — the jazz scene of the 1950s and 1960s . . . He was the right guy at the right place at the right time.”

He is survived by his wife, Nancy; a brother, Bob Bradley of Punta Gorda, FL; and two sisters, Bonnie Lee Jordan of East Falmouth, MA, and Emmy Lou Shanley of Saunderstown, RI. 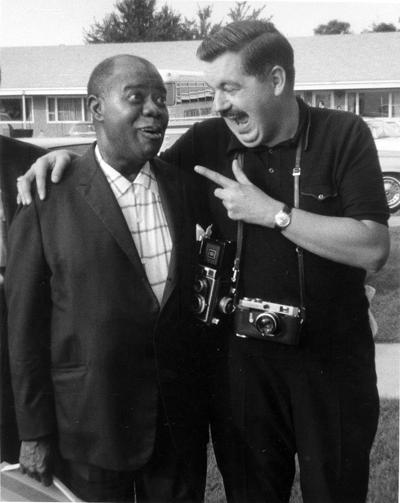