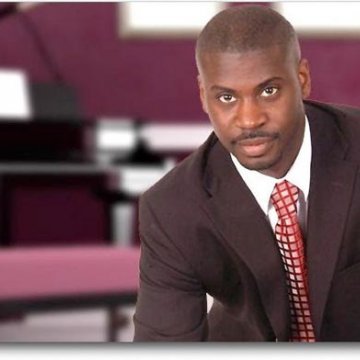 When pianist James Austin, Jr., led a quartet at one of the last New Jersey Jazz Society live Jazz Socials — in January 2020 at Shanghai Jazz in Madison – he demonstrated a great deal of versatility, ranging from the music of Stevie Wonder to Cole Porter’s “What is This Thing Called Love” to Dizzy Gillespie’s “Con Alma”. One audience member was heard describing the afternoon performance as a “killer concert”. When vocalist Alexis Morrast performed at the NJJS 45th Anniversary Concert at Madison’s Drew University in October 2017, some in the audience called her “a young Ella Fitzgerald”.

Austin has been Morrast’s musical director for the past six-plus years, and, so, when he agreed to do an encore Jazz Social – this time virtually – he invited the young vocalist to join him. The concert will be presented from 7-8 p.m., Saturday, February 27, and can be viewed by logging onto the New Jersey Jazz Society Facebook page (NJJS). There is no admission charge, but donations are welcome.

The program will be a blend of solo piano and Austin-Morrast duets. “We’ll do a mix of classics, jazz standards, and some more contemporary stuff,” Austin said. The Cliffside Park, NJ, resident is a past semi-finalist in the prestigious Thelonious Monk International Jazz Piano competition and has curated the New Jersey Performing Arts Center’s Jazz Jam series since its inception. When AllAboutJazz’s Geannine Reid reviewed Austin’s 2018 JCA Records album, Songs in the Key of Wonder, she pointed out that he is, “an accomplished pianist and bandleader” who “honed his craft under the tutelage of a number of legendary musicians, including extensive study with renowned jazz educator Barry Harris.”

The 18-year-old Morrast, who lives in Plainfield, NJ, is now a freshman, studying virtually at the Berklee College of Music. She performed at the virtual Central Jersey Jazz Festival last September, and, according to Jersey Jazz’s Sandy Ingham (November-December 2020), she displayed “octaves-spanning range, varied repertoire, cheerful poise, and passion for the music.” A past winner of the annual Showtime at the Apollo competition, Morrast has appeared at NJPAC, Dizzy’s Club, and the Kennedy Center in Washington, DC. She has also has toured with Wynton Marsalis and the Jazz at Lincoln Center Orchestra and guitarist Russell Malone.

Funding for the New Jersey Jazz Society Socials has been made possible in part by Morris Arts through the NJ State Council on the Arts/Department of State, a partner agency of the National Endowment for the Arts. Additional funding has been provided through a generous gift from Nan Hughes Poole.

Chick Corea, ‘One of the Great Modern Pioneers of Jazz’, Dead at 79