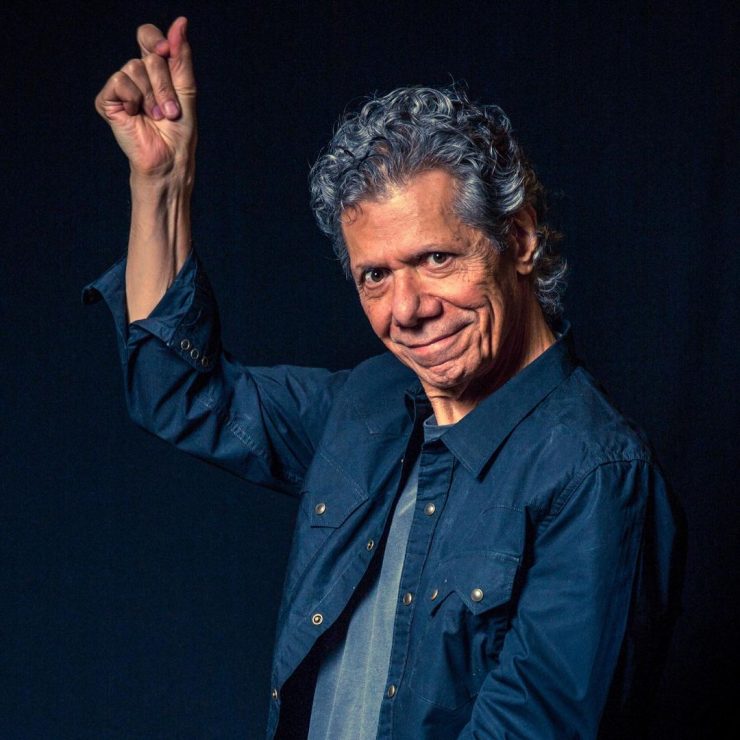 Chick Corea, ‘One of the Great Modern Pioneers of Jazz’, Dead at 79

“Shocked and saddened to hear of the passing of one of the great modern pioneers of jazz piano and improvisation. His music made the world a better place.” That was the reaction, on Facebook, of 29-year-old pianist Emmet Cohen to the death, February 9 in Tampa, FL, of keyboardist Chick Corea at the age of 79.

Corea was best-known for his band, Return to Forever, which he created in 1971 after leaving Miles Davis’ ‘electric’ band. Playing with Davis, according to The New York Times’ Giovanni Russonello (February 12, 2021), “set Mr. Corea on the path that would most define his role in jazz.” Return to Forever was at the forefront of the fusion movement and became one of the most popular jazz-rock bands of the 1970s. Among band members were bassist Stanley Clarke, drummer Lenny White, and guitarist Al DiMeola.

Prior to playing with Davis, Corea perfected his skills as a sideman with such jazz giants as Stan Getz, Woody Herman, and Freddie Hubbard. From the ‘80s on, he gravitated toward more  acoustic jazz, often playing compositions by his piano heroes such as Bud Powell and Thelonious Monk. At a May 2013 memorial tribute to Dave Brubeck, Corea played a solo of Brubeck’s “Strange Meadowlark”, a lesser known piece from his Time Out album. And, in recent years, Corea often performed in duos with Herbie Hancock, who preceded him in Davis’ band.

Throughout his career, Corea made close to 90 albums and won 23 Grammy Awards. He is nominated for two Grammys this year for his performance with bassist Christian McBride and drummer Brian Blade on the Concord Jazz album, Trilogy 2. He was named a National Endowment for the Arts Jazz Master in 2006.

Cause of death was a rare form of cancer. He is survived by his wife, Gayle Moran, a former singer and keyboardist with the Mahavishnu Orchestra; a son, Thaddeus Corea; a daughter, Liana Corea; and two grandchildren. (For more on the life and career of Chick Corea, see the March issue of Jersey Jazz Magazine)