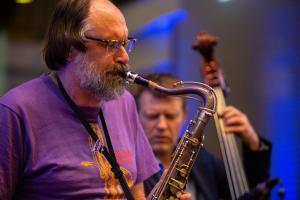 The producers of the CGI Rochester International Jazz Festival have tentatively planned this year’s festival for July 30-August 7 at the Rochester Institute of Technology (RIT). All plans are dependent on New York’s public health guidelines being favorable for travel and large gatherings. A decision to move forward will be made in the spring, according to Marc Iacona and John Nugent, the producers.

Normally, the concert, which was canceled last year due to the pandemic, is held in downtown Rochester, but RIT, the producers said in a news release, “will allow organizers more flexible space to accommodate anticipated health guidelines that will likely dictate increased audience spacing.” The move from its customary June date, they added, will enable more people to get vaccinated and will allow optimal use of RIT’s space because the festival will take place in-between semesters.

In a typical year, more than 208,000 people attend the nine-day event. The 2019 festival was held from June 21-29 and featured artists such as Trombone Shorty, multi-reedist Scott Robinson (shown above at 2019 jam session),  and vocalists Catherine Russell and Veronica Swift. Updates on this year’s festival are available on RochesterJazz.Com