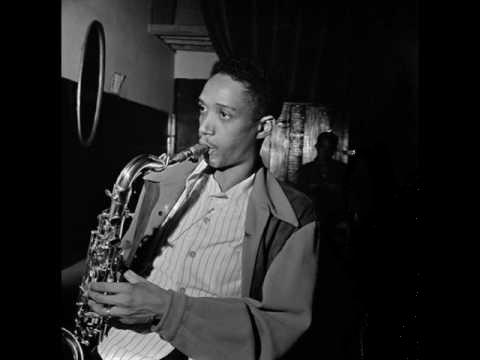 Bill Moody was a jazz drummer and radio host who wrote seven novels featuring a fictional jazz pianist/detective named Evan Horne. Publishers Weekly once praised Moody “for his ability to transform the excitement of jazz into words.”

Moody died in 2018 at the age of 76, but one of his novels, Death of a Tenor Man (Walker and Company: 1995) becomes significant this month because the dead tenor saxophonist in his otherwise fictional book was Wardell Gray, whose 100th birthday will be observed on February 13.

On May 25, 1955, Gray did not show up for the second of three scheduled performances with the Benny Carter Orchestra at Las Vegas’ Moulin Rouge casino. The next afternoon his body was discovered alongside a highway several miles outside of Las Vegas. Although it was determined that he had died elsewhere before his body was dumped on the road, the cause of death was never determined. Gray was 34 at the time.

A saxophonist greatly influenced by Lester Young, Gray was part of the active jazz scene on Los Angeles’ Central Avenue in the late 1940s, playing with such other musicians as tenor saxophonists Dexter Gordon and Teddy Edwards and trumpeter Howard McGhee. In 1946, he recorded his first album as a leader, One For Prez on Sunset Records. Reviewing the album for AllMusic, Michael G. Nastos described Gray as “growing up in the passing lane between swing and bop . . . If you are fond of saxophonists like Don Byas, Chu Berry, Herschel Evans, and Lester Young, please include Gray and this wonderful introduction to him as a leader . . .”

In a conversation with jazz critic Ira Gitler, Gordon called Gray “a very good saxophonist who knew his instrument very well. His playing was very fluid, clean. Although his sound wasn’t overwhelming, he always managed to make everything very interesting, very musical. I always enjoyed playing with him. He had a lot of drive and a profusion of ideas. He was stimulating to me.” Gordon and Gray recorded an album together, The Chase (Dial Records: 1947), which was billed as a “battle of the tenors.”

After the Central Avenue scene subsided in the late ‘40s, Gray performed with Benny Goodman and Count Basie, among others.  Back in Los Angeles in the early 1950s, he began taking drugs. According to his bio on wardellgray.org, his death “has always been under a cloud and the subject of much speculation,” and some have wondered if it was the result of his involvement with drugs. In 1994, Gray was the subject of a documentary, Forgotten Tenor, made by independent filmmaker Abraham Ravett.

In a 2015 article, “Why the World Should Remember Wardell Gray”, AllAboutJazz’s Victor L. Schermer wrote that Gray “was like a comet streaking across the heavens and, if you were fortunate enough to be in the right place at the right time, you might have witnessed his musical light. Some still know the name of the comet, and a few ‘astronomers’ have studied its trajectory. Gray graced the jazz scene for a few years, played the tenor saxophone in inimitable style, and had all the earmarks of becoming a star.”

When Bill Moody died, Dick Conte, long-time personality on jazz radio station KCSM in San Mateo, CA, recalled that the author was no slouch as a jazz drummer. “Bill toured with Maynard Ferguson, Earl Hines, Lou Rawls, Junior Mance and many others,” he wrote, adding that in the late 1990s, Moody appeared with a trio every Sunday at the Valona Deli in Crockett, CA.  Kirkus Reviews, writing about Moody’s Death of a Tenor Man, warned readers that although the book had “lots of modest surprises (and sweet blues) along the way, don’t count on a lightning flash to show what really happened to that tenor man. Moody seems as determined as the bad guys to put Wardell Gray behind him.”