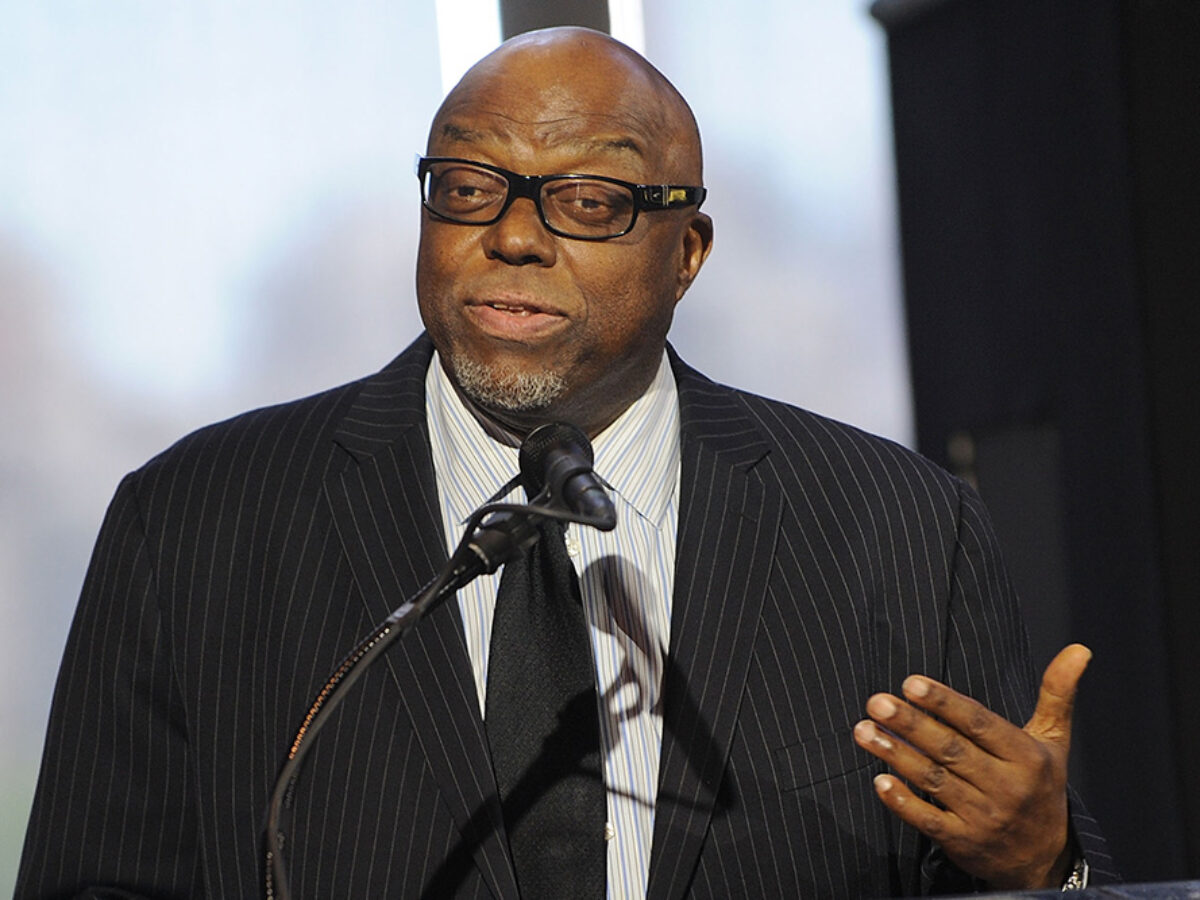 Stanley Crouch met Wynton Marsalis when the trumpeter was a teenager studying at the Juilliard School. He wrote liner notes for several of Marsalis’ albums and became his artistic director for the establishment of Jazz at Lincoln Center in 1991.

By that time, Crouch, who died September 16 in New York City at the age of 74, had transitioned from an avant-garde drummer and Black nationalist to a respected, albeit controversial, jazz critic and writer.  Born December 14, 1945, in Los Angeles, Crouch attended two community colleges without graduating, raised money for the Student Nonviolent Coordinating Committee, wrote and produced plays, and taught himself how to play the drums, creating a free jazz band called Black Music Infinity. He was also greatly influenced by the writings of Ralph Ellison, author of Invisible Man, and essayist and novelist Albert Murray.

In 1975, he moved to New York to be closer to Ellison and Murray, whom he considered mentors. He wrote for several publications, including the The Village Voice, The New Republic, and the New York Daily News and authored a biography of Charlie Parker, Kansas City Lightning (Harper: 2013). Reviewing the book for The New York Times, David Hajdu called Crouch’s writing “free-flowing and severe, volatile, expansive, allusive and indulgent.” NPR’s Craig Morgan Teicher described Crouch as “one of America’s most prominent jazz writers, known for his sharp, often controversial opinions, for his excitable blustery prose, and for writing about jazz and everything else in the broader context of African-American history. He’s been working on this book since the early ‘80s, and it’s taken on mythical status among jazz fans: a major critic’s take on a major musical innovator.” A second volume was promised, but it never emerged.

An earlier book of Crouch’s, Considering Genius (Basic Civitas Books: 2006), contained essays about several jazz giants including Miles Davis, Louis Armstrong, and Dizzy Gillespie. In the chapter on Davis, he pointed out that his Birth of the Cool nonet “symbolized an interracial cooperation that had no real precedent in jazz history . . . The mutual attempt to consciously draw upon the evolving blues-and-swing-based Negro American tradition as well as the art music of Europe was new; it was a kind of integration devoutly to be wished by many Americans, in and out of music.” The Buffalo News called Considering Genius “noisy, tedious, and brilliant – all at the same time.”

Upon hearing of Crouch’s death, the board, orchestra, and staff of JALC issued a statement, pointing out that, “Stanley helped forge and develop Jazz at Lincoln Center . . . He played an integral role in our programming and in elevating our aspirations. For years, Stanley wrote impeccable and erudite essays for our concerts. His teachings on jazz history, culture, and literature continue to influence our content and education programs, which reach students of all ages around the world.”

Writing in JazzTimes the day after Crouch’s death, Michael J. West pointed out that, “Even as he ruffled feathers, Crouch’s power as a writer and ear as a critic were undeniable. His attention to musical detail and vast erudition in jazz, among many other subjects, was acknowledged and admired, if sometimes grudgingly.”

Bassist Christian McBride, in a Facebook post, recalled that, “I enjoyed my greatest compliments and endured the most scathing, painful criticisms (from Crouch). I, like any of us who knew him, disagreed with him vehemently on something. But he was always willing to debate . . . If you allowed yourself the opportunity, you came away from each conversation with him more curious and, therefore, a bit smarter.”

Crouch was a featured commentator on Ken Burns’ 10-part TV documentary on jazz, broadcast in 2001. He received a Guggenheim Fellowship in 1982 and a MacArthur Foundation “genius grant” in 1993. In 2009, he was inducted into the American Academy of Arts and Sciences, and, in 2019, he was named a National Endowment for the Arts Jazz Master.

Survivors include his wife, sculptor Gloria Nixon-Crouch; a daughter from his first marriage; and a granddaughter.