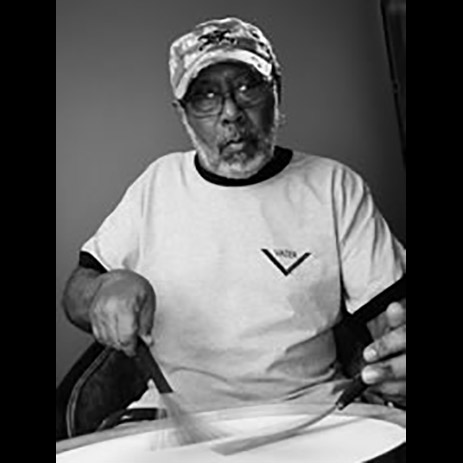 One of the first bands trumpeter Kenny Rampton joined after moving to New York in the late 1980s was Charli Persip’s SuperSound, “Not only was it a chance to play with and know one of the greatest jazz drummers in history,” Rampton posted on Facebook shortly after learning of Persip’s death, “but it also created an opportunity to meet, get to know, and play with some of the baddest musicians in town. It gave me not only a great opportunity to learn, write, play, and network, but it gave me purpose and a sense of belonging and community.”

Persip died August 23 in New York at the age of 91. He suffered from poor health in recent years but was able to attend a 90th birthday party last year at Birdland. Among those helping him celebrate were several other leading drummers including Andrew Cyrille, Jack DeJohnette, and Jeff “Tain” Watts.

In a February 2009 interview with AllAboutJazz’s George Kanzler, Persip explained that his band played “music starting from the bebop era and into whatever the music is now and hopefully something into the future. You hear the band now, you’ll hear a little bit of fusion, you’ll hear Afro-Latin, you’ll hear a whole lot of bebop, of course. That’s really the musical direction of the band.” SuperSound was a successor to a band called Superband, which was founded in the late 1970s by trumpeter Gerry LaFurn. When LaFurn’s health began to fail, he gave Persip all the arrangements.

Unlike many drummer/bandleaders, Persip avoided taking many solos. “I don’t want to do that,” he told Kanzler. “All due respect to the great drummers who are still playing great solos today, but I want to try to make music. I like to solo, but I like it to be rhythmic and musical. So many drum solos end up being demonstrations of technique – you know, how fast you can play and blah, blah, blah.”

Persip was born in Morristown, NJ, on July 26, 1929. His family moved to Newark in the 1940s, and he studied under drummer Al Germansky, who had a drum studio inside a Newark music store. As a teenager, Persip was playing local gigs until he was hired in 1953 by pianist/composer Tadd Dameron and later by trombonist Benny Green. That exposure caught the attention of Dizzy Gillespie, and Persip spent several years in Gillespie’s band, appearing on more than a dozen albums with the legendary trumpeter including Dizzy Gillespie at Newport (Verve: 1957) and Sonny Side Up (Verve: 1959), which also featured saxophonists Sonny Rollins and Sonny Stitt.

According to WBGO’s Nate Chinen, writing the day after Persip’s death, Persip, in the ‘60s, “was routinely included in an elite fraternity of modern drummers – a fact perhaps most clearly expressed by the series of ‘Gretsch Drum Night at Birdland’ recordings made in the 1960s. An album by that title, recorded on April 25, 1960 (Roulette) features Persip billed alongside Art Blakey, ‘Philly’ Joe Jones, and Elvin Jones. He more than holds his own.” In the ‘70s, Persip played with saxophonist Frank Foster and trumpeter Gerry LaFurn, among others.

Persip’s disdain for long drum solos was described in a Facebook post by baritone saxophonist Andrew Hadro, who recalled that, when studying under Persip at The New School, a student played a long solo on “Love Walked In”. Persip said: “Goddam man, love walked in, walked back out, walked around the block, and walked back in again before you finished that damn solo!”

No information was available regarding survivors.

Gene DiNovi’s ‘I Can Hear The Music’