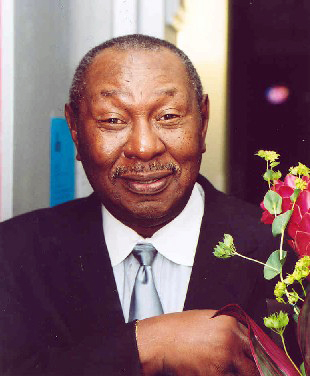 To say that Freddy Cole’s career blossomed late in life would be an understatement. Spending much of his musical life in the shadow of his late brother, Nat “King” Cole, he released an album in 1990 on the Sunnyside label called I’m Not My Brother, I’m Me. Reviewing it for AllMusic, Scott Yanow pointed out that, “Freddie has an older and raspier voice (than his brother), and his piano style is more tied to 1950s jazz such as Red Garland . . . This fairly definitive CD from Freddie Cole does give one a strong sampling of his talents.”

In 1994, he performed on Grover Washington, Jr.’s Columbia album, All My Tomorrows, and told The Washington Post he considered the recording “a coming-out party . . . It was a most important thing to happen to me, to bring me upfront with a lot of people who weren’t aware of what I was doing.” From that point on, his career took off.

Cole, who died on June 27 in Atlanta at the age of 88, went on to receive four Grammy Award nominations for Best Jazz Vocal Album: Merry Go Round (Telarc: 2000), Music Maestro Please with pianist Bill Charlap (HighNote: 2007), Freddy Cole Sings Mr. B (HighNote: 2010), and My Mood Is You (HighNote: 2018). In an interview with the Atlanta Journal-Constitution in 2014, Charlap said Cole was “always telling different stories with his songs. The lyrics mean something. That is a very special Cole dynasty.” In a review of My Mood Is You, JazzTimes’ Christopher Loudon also pointed to Cole’s “mesmerizing storytelling mastery.”

Born Lionel Frederick Coles on October 15, 1931, in Chicago, Cole grew up in suburban Waukegan, IL. He was the youngest of five children (12 years younger than Nat). After an injury ended a potential football career, he decided to concentrate on music and moved to New York in 1951, studied at the Juilliard School, and received a master’s degree in 1956 from the New England Conservatory of Music. His final live performance occurred at Dizzy’s Club in New York this past February.

Bassist Martin Pizzarelli told Jersey Jazz that he and Cole “shared a special bond, a true friendship, knowing what it was like being constantly compared to his brother. I loved Freddie. I so admired that, when going to listen to him in concert, he made sure you were listening to Freddie Cole. Nothing was better than listening to him perform. It was pure joy. I’ll miss him.”

Saxophonist Camille Thurman, on Facebook, lamented that Cole “was one of the last of his generation that we still had — style, sophistication, lyric interpretation, touch of the piano — the whole package. His style of singing, playing, and presentation was special and reminiscent of the era of Nat, Carmen, Shirley, and so many others. Rest easy, Mr. Cole.”

Bassist Ron Carter, also on Facebook, described Cole as a “dear friend and fabulous pianist. I will miss his voice, his sense of humor, and great trio arrangements.” And Scotty Barnhart, Director of the Count Basie Orchestra at Florida State University, recalled asking Cole to appear at Barnhart’s first Florida Jazz and Blues Festival in 2016. “He said ‘yes’. It was also his 85th birthday, and I made sure we got him a huge cake, and the entire audience sang happy birthday to him. Even at 85, he went with me to the late night jam session afterwards.  Always for the music.  He was the epitome of professional elegance and style and will surely be missed.”

Survivors include his son Lionel of Sydney, Australia, who co-wrote the hit song, “Through the Rain” with Mariah Carey; a daughter, Crystal Cole of Atlanta; and four grandchildren.