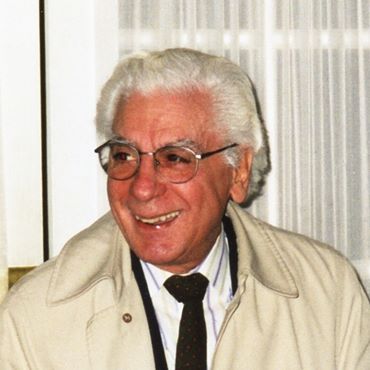 Bassist Jerry Bruno: ‘Bucky and Me Were Like Melted Together’

Bassist Frank “Jerry” Bruno, who died June 22, 2020, at the age of 100, performed his last gig on February 29, 2020, at the Division Street Grill in Peekskill, NY. His good friend, pianist Russ Kassoff, recalled that, “We did several duo and trio gigs in the last year. On his 25th leap night we were hosted by Arne Paglia at the Division Street Grill and joined by vocalist Catherine Dupuis. It was a wonderful night with much sitting in. I drove Jerry home and, what with the pandemic, never saw him again. We did speak several times, and his niece Gail and nephew Sam did yeoman’s work to keep his life at the utmost quality along with his home healthcare aide, K.” Bruno’s last gig in New Jersey was in mid-February at Shanghai Jazz in Madison, also with Kassoff and Dupuis.

Born in Rochester, NY, on January 10, 1920, Bruno moved to New Jersey in 1967, living in Englewood for three years before settling in Fort Lee. Through the years, he played with a long list of bandleaders, musicians, arrangers, and vocalists including Louis Prima, Vaughn Monroe, Don Costa, Frank Sinatra, Steve Lawrence and Eydie Gorme, and Liza Minnelli. But his most enduring partnership was with legendary guitarist Bucky Pizzarelli, who died this past April at the age of 94 (See May/June issue of Jersey Jazz Magazine).

Pizzarelli and Bruno met while playing in Vaughn Monroe’s band. In an interview with Schaen Fox (Jersey Jazz, September 2018), Bruno recalled that, “We became buddies from my first day with the band. In one year, we did 279 one-nighters in a row. That was a lot of traveling . . . When Vaughn’s band ended, Bucky and me were like melted together. This was in the ’50s, ’60s, and ’70s. Bucky did gigs with everybody, like Slam Stewart and Ray Charles. I did everything Don Costa did in New York: all the Steve and Eydie recordings, Mimi Hines, Paul Anka, Vic Damone, Kenny Rankin, Johnny Mathis, and a lot of other people.”

When Bruno was discharged from the Army in 1945, he was home in Rochester for about a week when he received a phone call from the union. He was told Louis Prima was coming to Rochester’s Palace Theater and needed a bass player. “I thought somebody was putting me on,” he told Fox. “That was my first gig with a big band . . . I did the gig for a week, and Louis called me into his dressing room the night before they left. ‘Hey kid,’ he said, ‘the first chance I get I’ll send for you.’ I figured, ‘Yeah, I’ll never hear from this guy.'” But, about two years later, Bruno returned to Rochester from a gig in Chicago, and “I got a telegram from Louis Prima that said, ‘Meet me in New York,’ about two months later. I spent about a year and a half with Prima at the Capitol Hotel in New York.”

Other career highlights included performances with Lawrence and Gorme and Minnelli. “Steve and Eydie were great,” he told Fox. “Eydie couldn’t remember her lyrics so when she forgot on stage, she made an act out of it. She would call for Steve, and he’d come out and make a big deal out of it. When it was over and the audience was roaring, he’d leave, and she’d go on to the next number.”

With Minnelli, “It was party time every night. She always took care of the guys. I joined Liza in ’72. I did her Broadway show at the Winter Garden . . . We traveled to 18 different countries in 1973 on her third European tour. It was a great experience.”

Bruno liked to reminisce about New Jersey jam sessions in Bergen County, where Pizzarelli also lived. “There were a lot of musicians living around us,” he said. “Don Lamond lived right up the road from me and left a set of drums at my place for anybody that wanted to play. Then, there was Lou and Frank Geristo. Frank played drums in the Tonight Show band when Jack Paar had it. Lou was a very good piano player and very big in jingles. They were at my place every week, and it got to be known that we did a lot of playing there. They would come in, have dinner, and we would play in the living room.”

Vocalist Don Shelden recalled a “classic Jerry Bruno story”, on Facebook. “We had just finished a show in NYC,” he wrote, “and, like always, it was martinis and dinner afterwards. We had a table for 10 at Il Tinello. At the table next to us was Clive Davis. As Clive was leaving, he stopped at our table. Knowing Clive was a huge Sinatra fan, I introduced him to Jerry. They spoke for a few minutes, and you could tell Clive enjoyed the discussion. As Clive left, Jerry turned to everyone at the table and said, ‘Who the F–k was that?’ The entire table broke up. Jerry thought it was the restaurant owner. Of course, the other nine people at the table knew it was Clive Davis.”

To Kassoff, Bruno was “one of the giants in not only the music world — the entire world. Jerry Bruno was my friend, my mentor, one of the funniest cats you will ever know. He was always giving. He took so many people under his wing for different things and helped them along in their musical careers . . . He was around before most Great American Standards were written! There isn’t a soul on this planet who didn’t love this guy and want him to live forever.”