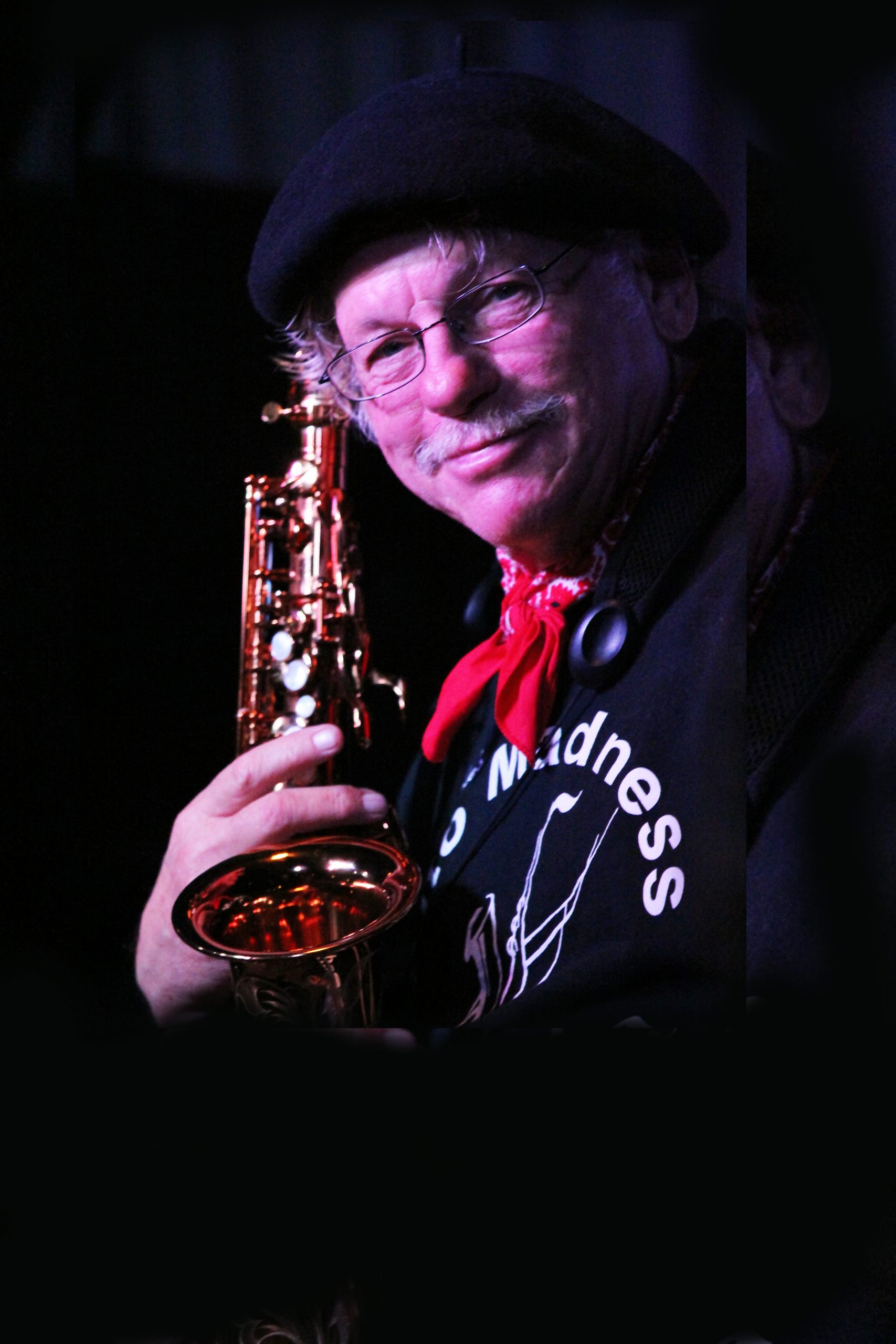 Cole was born on February 29, 1948, in Trenton, NJ.  Since his father owned two jazz clubs in Trenton, he was introduced to jazz at an early age and began playing alto saxophone when he was 10 years old. He won a full scholarship to the Berklee College of Music from DownBeat Magazine but dropped out in 1969 to join Buddy Rich’s big band, succeeding Art Pepper on alto. The band had just released a hit album, Mercy, Mercy on the Pacific Jazz label. The next Rich Pacific Jazz album, Buddy & Soul wasn’t nearly as popular, but it established Cole as a saxophonist on the rise.

AllMusic‘s Scott Yanow, while calling it a “lesser outing” than Mercy, Mercy, singled out solos by “the young altoist Richie Cole” as one of its “notable” moments. In his obituary on the WBGO website, Nate Chinen provided a link to footage from a 1970 Rich performance, pointing out that Cole is featured “with a solo that charges out of the gate just before the nine-minute mark.”

Cole died on May 1, 2020, in Carnegie, PA, a suburb of Pittsburgh, at the age of 72.  After playing with Rich, he joined the saxophone sections of Lionel Hampton’s band and the Doc Severinsen Tonight Show band before mostly leading his own groups from the mid-1970s on.

As a leader, he embraced bebop as his signature style, often collaborating with some of its leading veteran stars such as trumpeter Red Rodney and fellow alto saxophonists Sonny Stitt and Phil Woods. He cultivated a close relationship with the vocalist Eddie Jefferson who appeared on many of his albums including his 1978 Muse release, Keeper of the Flame, which also featured Harold Mabern on piano and Vic Juris on guitar.  Yanow called it one of Cole’s  “best-ever albums. He rips through surprisingly effective medium-to-uptempo versions of ‘As Time Goes By’ and ‘Holiday for Strings,’ welcomes the great vocalese singer Eddie Jefferson to ‘Harold’s House of Jazz’ and ‘New York Afternoon,’ has a humorous dig at free jazz on ‘Strange Groove’, introduces his ‘Keeper of the Flame’, and comes up with a near-classic solo on ‘I Can’t Get Started.'”

After witnessing Jefferson’s murder (by a gunman) outside a Detroit nightclub in 1979, Cole, according to JazzTimes‘ Michael J. West, began “a long battle with alcoholism. Professionally, he rebounded in the early 1980s with Side by Side, a recording with his mentor [Phil] Woods; a long association with the vocal jazz ensemble Manhattan Transfer; and short but electric bouts of collaboration with Sonny Stitt and Art Pepper in their final years. But, personally, he was adrift. He spent much of the ’80s and early 1990s living a nomadic existence, stopping off for periods in Los Angeles, San Francisco, Las Vegas, and Chicago. In the late ’90s, he returned to the East Coast, where he formed a seven-piece band, the Alto Madness Orchestra.”

Reviewing a 1998 reissue of Side by Side, originally released on the Muse label, AllAboutJazz‘s Jim Santella pointed out that “Woods’ lighter, bouncier tone is quite distinct from Cole’s more forceful and direct sound,” adding that, “the duo show their allegiance to Bird with familiar, fast-moving lines that allow for individual solos and creative interplay.” Woods and Cole were joined on the album by pianist John Hicks, bassist Walter Booker, and drummer Jimmy Cobb.

In 2010, Cole moved to the Pittsburgh area where his daughter, Annie, lived. There, according to West, “He quickly became an evangelist for the city’s jazz scene, working and recording with local musicians and advocating for them tirelessly in his interviews and album notes.”

He died in his sleep of natural causes. Survivors, in addition to Annie, are: another daughter, Amanda Marrazzo; and four grandchildren.

A Lingering Look Back at Some Live Music