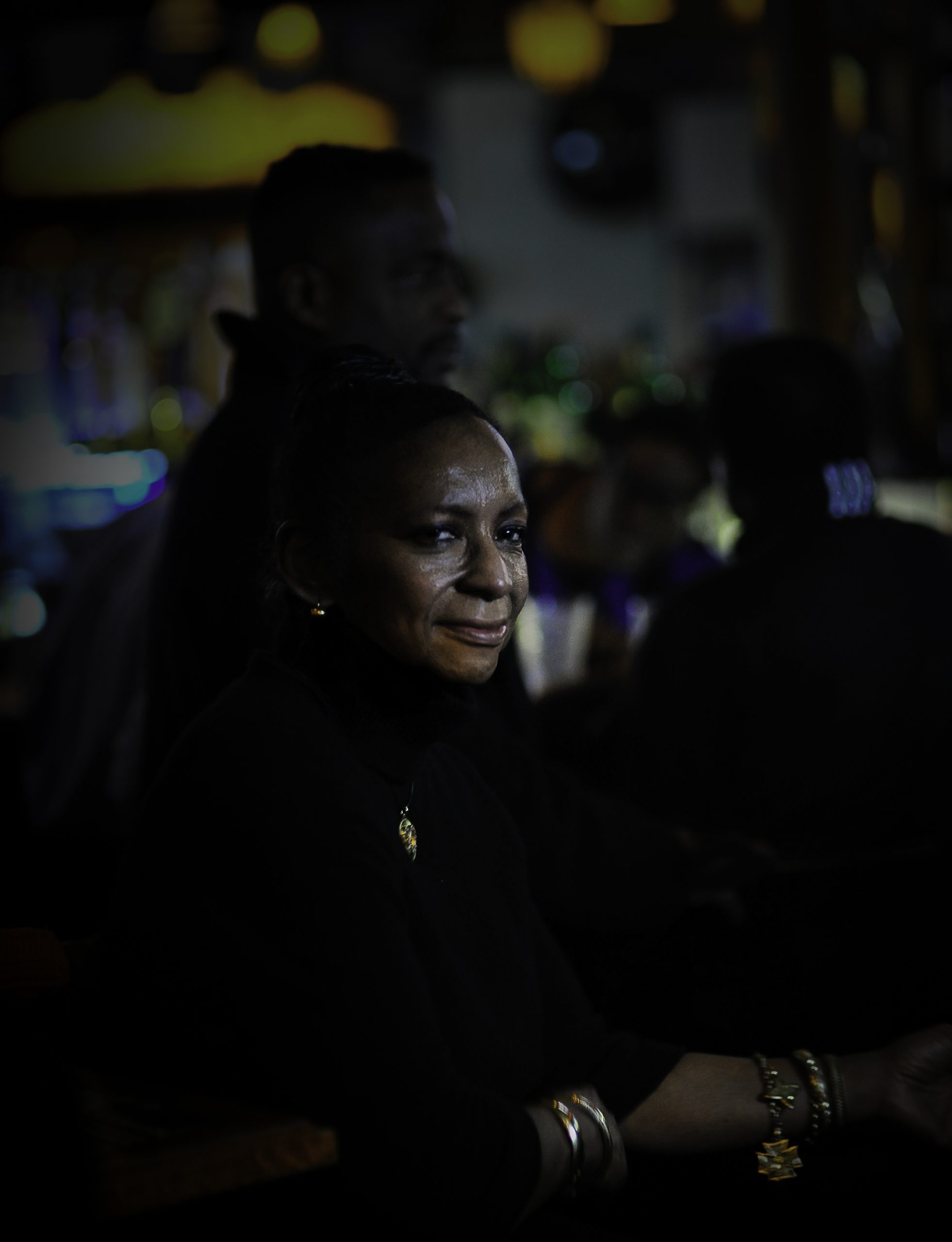 South Orange Village Mayor Sheena Collum said it perfectly: “Never easy to pay tribute to someone who was one in a bazillion. Lee May, who we all called Boz, is such a tremendous loss for the South Orange community but she wouldn’t want tears or sadness.”

South Orange Village Mayor Sheena Collum said it perfectly: “Never easy to pay tribute to someone who was one in a bazillion. Lee May, who we all called Boz, is such a tremendous loss for the South Orange community but she wouldn’t want tears or sadness.”

It was such a shock to get a call from her family telling me she has moved on to rejoin her husband Earl May in heaven. Lee was always out and about, supporting the community and being a staunch advocate for live music and the community she was raised in, South Orange, NJ.

Lee’s life was always deep into jazz and blues as the wife of the prolific bassist Earl May (R.I.P. 2008) who was an “idiodextrous” jazz bassist. Earl was one of those rare bassists in the history of jazz who played the instrument ‘back-to-front’ playing ‘left-handed’ on a ‘right-handed’ double bass. He was also very well known for nurturing the careers of many musicians.

Lee was left with a mission by her husband Earl of ‘Keeping The Music Alive’. Well if you played any instrument around the South Orange area, especially the bass, Lee “Boz” May picked up that mission with a quiet vengeance. You see, Lee was known for walking up to musicians, especially bass players, at the end of an evening, a song or a set, striking up a conversation and immediately getting deep into the music.

She was a very active supporter of the South Orange Performing Arts Center, working with bassist John Lee to support the annual world class Giants of Jazz concert (see January-February 2020 Jersey Jazz, pages 26-27) and was also the curator for the very popular SOPAC Jazz In the Loft program. If I did 70 Downtown After Sundown events in a season, Lee talked to 70-plus musicians at a minimum, and she did this every chance she could throughout the many years of this event. Over the last few years when we provided music for the Maplewood 4th of July event in sweltering 95 plus degree heat, Lee was right there in the sun getting folks on and off stage. When we started the Annual 24 Hours of Music events, Lee was right there noon at the Jazz On Sloan program at the South Orange Gazebo all day until I said ‘you have to go home’, and that was around midnight. Once Lee committed, she never flinched, as she was on a mission.

Lee was right there when I started Jazzy Nights at The Fox and Falcon, and she attended every one she could. It breaks my heart because she was next up on the list to be honored as a South Orange Historian and a Live Music Advocate. We had the mayor and other government officials joining us. And, of course, we had an internationally acclaimed jazz bassist from Lady Got Chops and a few other dignitaries coming out to support all the night’s honorees. Unfortunately Coronavirus pulled the plug, but I know for a fact Lee would have walked right on up to the bass player and said “Hi I am Lee May.”

She supported all musicians all around our towns at our local live music venues. She was a fixture at SuzyQues and Hat City Kitchen in West Orange, and, of course, the South Mountain Blues Festival. Lee supplied her husband’s 165 year-old bass to Mike Griot who restored it and performed with the restored bass in the SOPAC Blues In the Loft program in dedication to Lee and Earl May.

Lee was on the Jazz Vespers Committee with other notable luminaries like Newark’s First Lady of Jazz, Dorthaan Kirk, and every event they produced was world class. Lee was also an active Newark Bethany Baptist Church choir member. Lee was also a board member of Arts for Kids, Inc. and was always there helping out and supporting the organization. She was also a trustee of The Community Coalition on Race.

South Orange Mayor Sheena Collum phrased it this way: “As you’ve likely read or already knew, Boz was huge in the music scene, particularly her support for blues and jazz, organizing, promoting, celebrating – just all of it.”

I am very happy for the recognition of her efforts on Facebook as posts have totaled almost 500 reactions, 300 plus comments and 50 re-shares; and it still continues. I am still getting calls and messages locally and from across the country. I am also in touch with the family, and they greatly approve and love the comments being shared. To me this type of recognition by the town, the community online and offline means her efforts to know folks, nurture musicians and keep the music alive did not go unnoticed.

Lee is now in music heaven, back with the love of her life, Earl May, and together they can make even more music. Here on earth the mission is even tougher  in these Coronavirus distancing times but as Lee “Boz” May would say, it’s time for us to “Keep the Music Alive.”

Gregory Burrus is a South Orange-based ‘live music ambassador’, event developer, and community partner. He is a past president of the South Orange Historical Society.