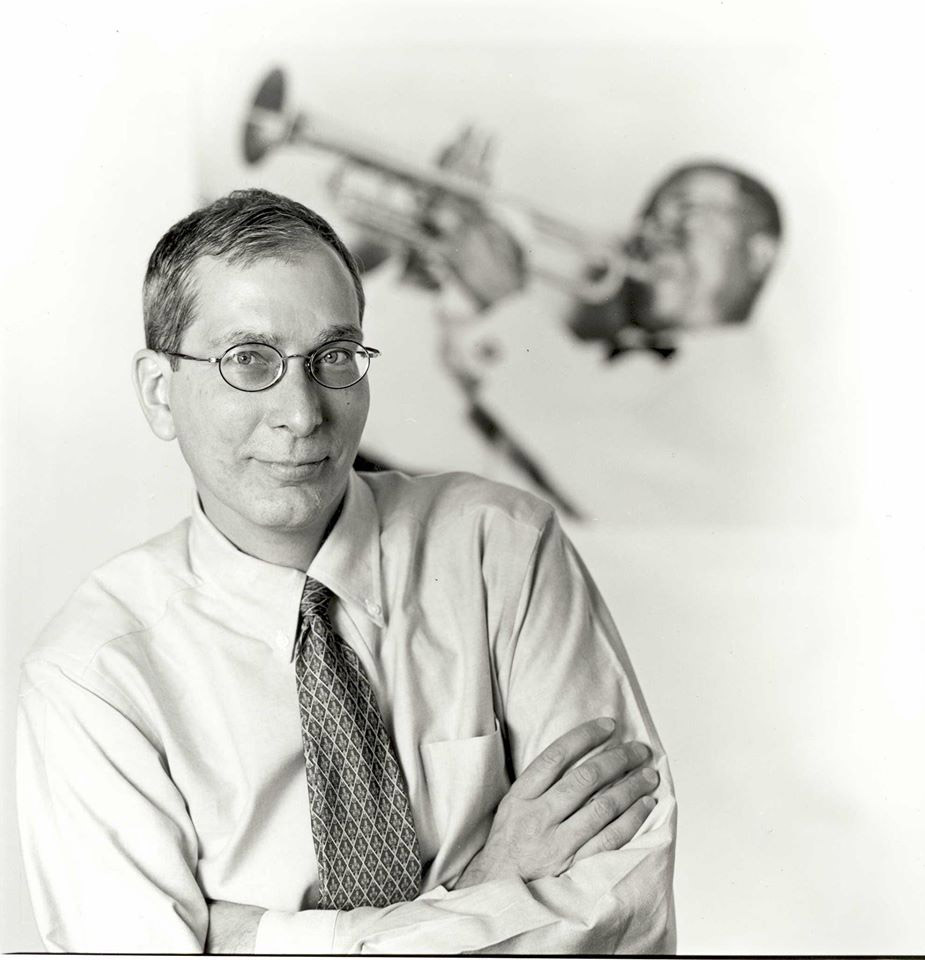 “Before the job, there were two people in the marriage,” Dale Van Dyke told Richard Sandomir of The New York Times. “When Louis came into Michael’s life, he came into my life, and, all of a sudden, there were three people in this marriage, and that was fine with me.”

Van Dyke was speaking about her husband, Michael Cogswell, retired Executive Director of the Louis Armstrong House Museum, who died on April 20 at the age of 66, due to complications from bladder cancer.

When Louis Armstrong died in 1971, he left behind 72 shipping cartons filled with his collection of home-recorded tapes, scrapbooks, photographs, manuscripts, and memorabilia. In 1991, Cogswell was hired by Queens College to catalog and preserve Armstrong’s archives.  That led to the founding by Cogswell of the Louis Armstrong House Museum in the house where Louis and Lucille Armstrong lived, on 107th Street in Corona, Queens. In the words of an official statement from the Museum, Cogswell created “monumental research archives, eventually holding 11 collections of Armstrong material. The collections are routinely accessed by scholars, public school students, journalists, record producers, and many more.”

Cogswell was born on September 30, 1953, in Buffalo, NY, and grew up in Fairfax, VA. He held a BA in Music from the University of Virginia, a Masters in Jazz History from the University of North Texas, and a Master of Library Science from Queens College. He literally created the Masters in Jazz History degree at UNT by inserting Jazz Studies courses into the Musicology degree program.

Early on, Cogswell’s interest in jazz centered around the free jazz movement, and he wrote his master’s thesis on the music of alto saxophonist Ornette Coleman. But when he learned that Queens College was looking for an archivist to process Armstrong’s personal collection, he plunged into every recording of and book about Armstrong he could find. He was amazed by Armstrong’s life and art, comparing the experience to “Saul on the road to Damascus.”

In 2017, Cogswell oversaw the breaking of ground on a $23 million education center across the street from the Armstrongs’ house, which will house the archives, an exhibition gallery, a jazz club, and the museum store. In his book, Louis Armstrong: The Offstage Story of Satchmo (Collectors Pr: 2003), Cogswell described the modest two-story house the Armstrongs lived in. “Louis,” he wrote, “lived out of a suitcase — he was typically on the road more than 300 days per year — and had no interest in owning a home. Lucille — who had spent some of her childhood in Queens — discovered the house, purchased it, and decorated it without Louis ever having seen it.”

Ricky Riccardi, Director of Research Collections at the Museum, posted a tribute to Cogswell on his Facebook page. “Everyone who loves Louis Armstrong,” he said, “owes him a tremendous debt of gratitude for his vision to open the Armstrong House, Armstrong Archives, and to raise the money for the upcoming Armstrong Center.”

Lewis Porter, Founder and former Director of Rutgers-Newark’s Masters in Jazz History and Research Program, told WBGO’s Nate Chinen that Cogswell “proved to be a remarkable director in every way. Under his guidance, the house and collection became world-famous,” and, “He did an unbelievable job at fundraising.”  Dan Morgenstern, Executive Director Emeritus of the Institute of Jazz Studies at Rutgers-Newark (and Jersey Jazz columnist), recalled to Chinen that, “The house had been in a state of neglect. Nobody had really done anything that should have been done. But, Michael did. He went into this with such dedication and enthusiasm — and love, yes, I think that’s the right word. He just turned the whole thing around.”

Cogswell retired in 2018 because of his health problems. Currently, Jeff Rosenstock is Acting Director.  In addition to his wife, Cogswell is survived by two brothers, Dr. Frank B. Cogswell and Col. Charles H. Cogswell.