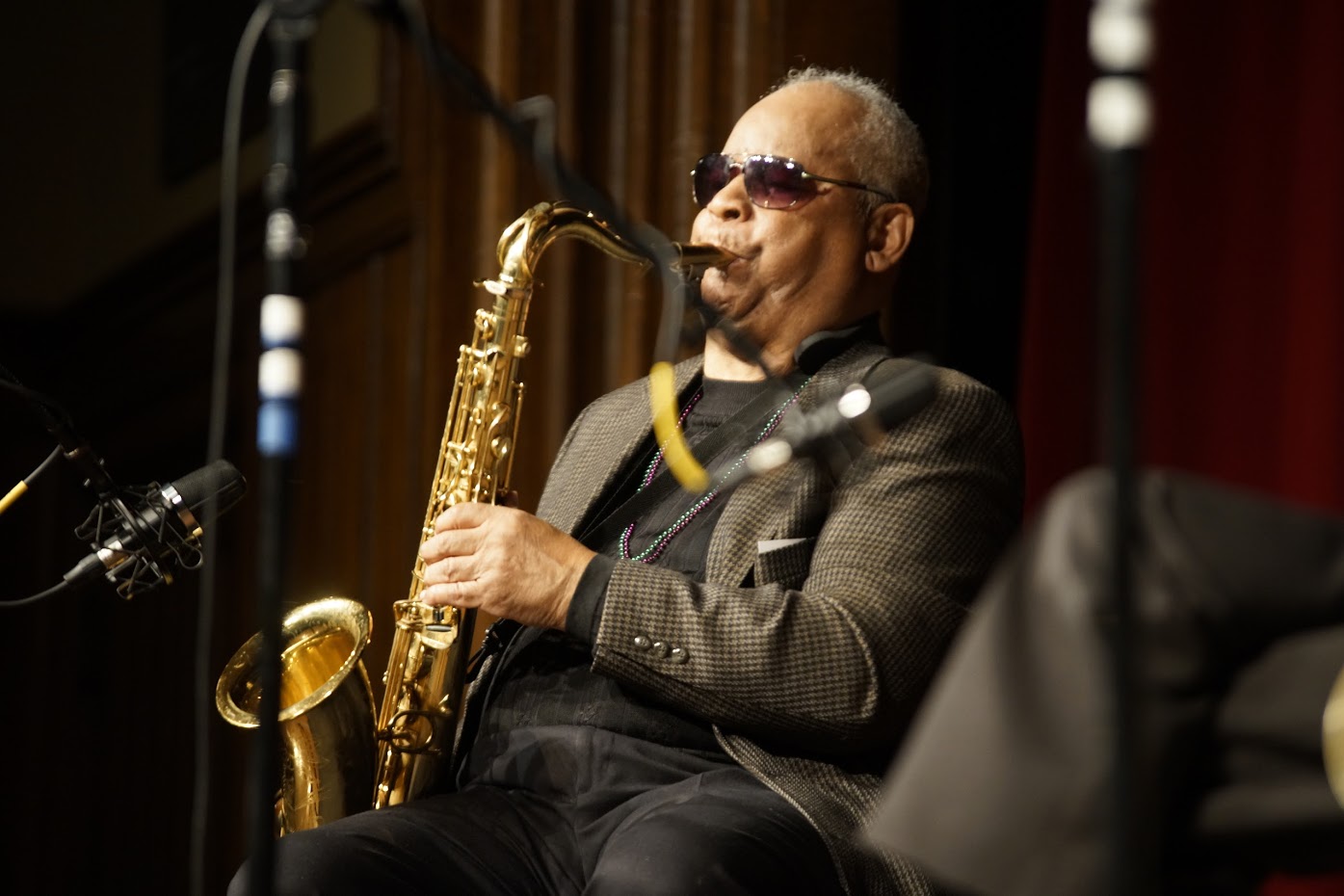 “If you went to another city, and they knew you were from Philadelphia,” tenor saxophonist Larry McKenna told the Philadelphia Inquirer‘s Dan DeLuca, “the first thing they asked you was, ‘Do you know Bootsie Barnes?'”

The 82-year-old Barnes died from COVID-19 on April 22, 2020, at Lankenau Medical Center in Wynnewood, PA. He was, “the consummate Philadelphia musician,” according to Lovett Hines, Artistic Director of the Philadelphia Clef Club of Jazz and Performing Arts. “Globally, he could play with anybody,” Hines told DeLuca, “Everybody knew Bootsie, all over the city. He was the ultimate corner boy.”

McKenna and fellow tenor saxophonist Barnes released an album together in 2018, The More I See You, on the Cellar Live label, and AllAboutJazz‘s Jack Bowers gave it a glowing review. “What a genuine pleasure it is,” he wrote, “to hang loose and appreciate the warm and enticing sounds and impressive teamwork of Philadelphia tenor saxophone legends, Bootsie Barnes and Larry McKenna, a couple of seasoned pros who blend together as smoothly as marmalade on toast . . . Barnes and McKenna make it known from the outset that swinging is their mission, and bop is their language of choice.”

Barnes was born on November 27, 1937, in Philadelphia, growing up in a North Philadelphia housing project. His father, Wilbur Jones, played trumpet, but his musical role model was his uncle, Jimmy Hamilton, who played clarinet with Duke Ellington. In high school, Barnes played drums but switched to saxophone when his grandmother gave him one when he was 19. In the 1960s, he played regularly in a variety of Philadelphia venues, often appearing with well-known jazz organists such as Jack McDuff and Jimmy Smith.

Nate Chinen, writing on the WBGO website two days after Barnes’ death, described his playing as having “a big, brawny sound . . . with a touch of coarse grain in his tone, but a lightness and agility in his attack. He was at home in organ combos, bebop units, and a range of other settings. And, over the years, he had a hand in shaping several generations of gifted young musicians in the city, on and off the bandstand.”

One of the many musicians Barnes mentored was trumpeter Duane Eubanks, who told Chinen that Barnes, “helped me immensely — and my brother [trombonist Robin Eubanks] as well, in terms of learning how to play in a band . . .  What he really did was help everybody become a sideman.”

In the mid-1990s, Barnes was a mainstay at Ortlieb’s Jazzhaus in Philadelphia’s Northern Liberties neighborhood. As a college student, Chinen “spent many hours hearing Barnes in that room . . . a beloved, smoke-filled joint . . .” Bassist Mike Boone called Ortlieb’s “the school of higher learning. With all due respect to any college or university — for Philadelphia, that was the place.”

Pianist Orrin Evans, who was 13 when he first played with Barnes, told Chinen that Barnes could be demanding. “He was hardcore — because he loved the music. Ortlieb’s used to call it the ‘Tuesday night prayer meeting.’ That’s what it was. You stepped into that church, and you’d better know your scriptures.” Bassist Christian McBride described Barnes to Chinen as, “one of the pillars of the Philly jazz scene. I would say one of the top five most influential musicians in the whole city.”

Barnes and McKenna first met in the late 1980s when Barnes convinced the owner of a club called T&T Monroe’s to hire McKenna, who, at the time, was playing mainly at weddings and bar mitzvahs. Both players were influenced by bebop musicians such as Charlie Parker and Dizzy Gillespie, but McKenna told DeLuca, “You could tell us apart instantly. Bootsie had a harder sound. That’s not derogatory, it’s actually a compliment. His sound was more gutsy than mine. But, we made a perfect pairing. Some guys, you just start playing with, and you know you’ve met your partner.”

Added Maureen Malloy, Program Director at Philadelphia jazz radio station, WRTI: “When it came to any jazz event in the Philly area, he [Barnes] was always there. He and Larry are like the patriarchs of the Philly jazz scene.”

Barnes is survived by his wife, Sandra Turner-Barnes, a poet; daughters, Richelle and Renelle; and five grandchildren.