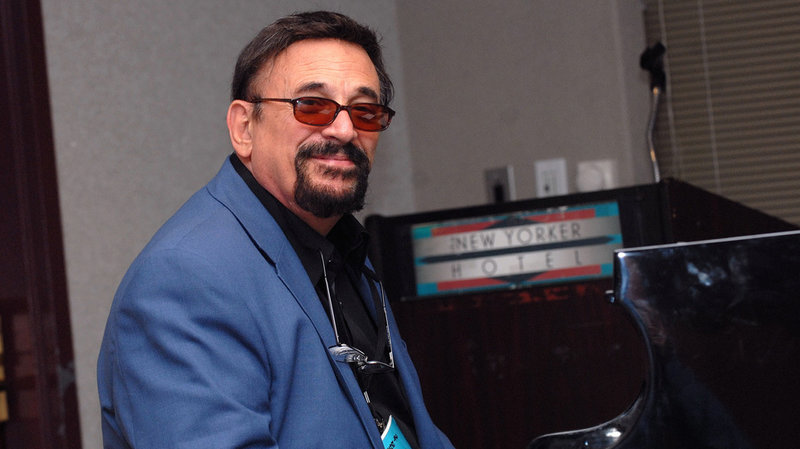 Mike Longo was born in Cincinnati on March 19, 1937, and died Sunday, March 22, 2020, at Mount Sinai Hospital in New York City. The cause, confirmed by his wife, Dorothy, was COVID-19. Admitted to the hospital on Tuesday, March 17, Longo had pre-existing medical conditions.

Growing up in Fort Lauderdale, FL, Longo played in his father’s dance band as a teenager.His playing was noticed by Julian Cannonball Adderley, who was then band director at Fort Lauderdale’s Dillard High School. As a result, Longo became Adderley’s protege and would fill in when the alto saxophonist’s regular pianist was not available.

When Schaen Fox interviewed Longo nearly six years ago (Jersey Jazz, April 2014), the pianist recalled an incident when Adderley was hired to play in his father’s dance band at the Plantation Country Club in Plantation, FL. “We showed up with Cannonball and played the first set,” Longo recalled. “Then, the maitre d’ said, ‘We have a table over here for the band to eat.’ We all went and sat down. A few minutes later, he came over and said, ‘We had some complaints about the colored guy. He is going to have to go in the kitchen and eat.’ My dad threw down his napkin and said, ‘Come on. We will all go in the kitchen and eat.’ After that, Cannonball loved my father.”

Another early hero of Longo’s was Oscar Peterson whom he first heard at a Jazz at the Philharmonic concert in Fort Lauderdale. Later, in his 20s, Longo studied at Peterson’s Advanced School of Contemporary Music in Toronto.

In the ’60s, Longo moved to New York and was discovered by Dizzy Gillespie while playing as part of the rhythm section at the Embers West jazz club. Gillespie hired him, and Longo eventually became Musical Director of Gillespie’s band that also included saxophonist/flutist James Moody. His tenure lasted from the late ’60s through the mid-’70s, but he would occasionally return after that.

When Fox asked Longo about some of his memories of Gillespie, he responded that, “There were actually three Dizzy Gillespies. There was Dizzy the screwball that the public knew. Then, there was the serious side, musically. And then there was John Gillespie, a very spiritual man. I was fortunate enough to have a relationship with all three.”

After leaving Gillespie, Longo pursued a career as both pianist and bandleader. “If Longo had a flagship group,” wrote WBGO’s Nate Chinen the day after Longo’s death, “it was the 18-piece New York State of the Art Jazz Ensemble, which released a studio album called Explosion in 1999.” Reviewing the album in the May 2000 issue of JazzTimes, Doug Ramsey wrote that, “This stimulating big band recording by the pianist and arranger Mike Longo is a reminder that the best jazz in New York these days is not necessarily made by marketable youngsters promoted by major labels. Longo’s ensemble is salted with seasoned musicians who share his long and balanced view of the bop and post-bop tradition . . . Good solos. Good arrangements. Good band.”

Bassist Paul West, who played with Longo in Gillespie’s band, described him to Chinen as “a consummate musician, a dedicated musician and instructor.” In recent years, West and Longo played together in smaller groups, either a duo or trio. “We depended on each other, so to speak,” West said. “He depended on me to be supportive and in tune with his playing. So, we played as if one person was playing two instruments.” Longo also played weekly jazz sessions at the New York City Bahai Center in honor of Gillespie. Both he and Gillespie were members of the Bahai faith.

In addition to his wife, Longo is survived by a sister, Ellen Cohen, and several cousins, nieces, and nephews.