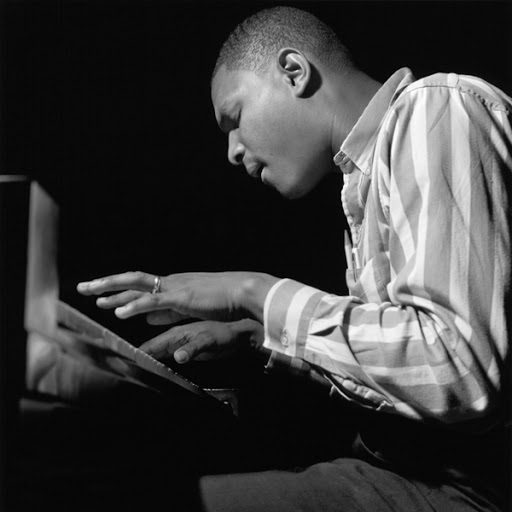 In 1960, John Coltrane asked Tyner to join his new band as the pianist. Tyner was the last living member of that quartet, which also included bassist Jimmy Garrison and drummer Elvin Jones and was, according to the Los Angeles Times’ Don Heckman, “one of the definitive jazz ensembles of the 20th century.”

NPR’s Nate Chinen, writing two days after Tyner’s death, said, “Few musicians have ever exerted as much influence as a sideman [as Tyner]. His crucial role in the group’s articulation of modal harmony, from the early 1960s on, will always stand as a defining achievement: The ringing intervals in his left hand, often perfect fourths or fifths, became the cornerstone of a style that endures today.”

Staying with Coltrane for five years, Tyner left when Coltrane began to add extra percussionists and horns. He told Lewis Porter, author of John Coltrane: His Life and Music (University of Michigan Press: 2000), there were strong differences of opinion regarding the direction the music was heading. “I didn’t see myself making any contribution to that music,” he said. “All I could hear was a lot of noise.”

More about the life and music of McCoy Tyner in the May-June issue of Jersey Jazz Magazine.

The Energy and Lyricism of Yoko Miwa