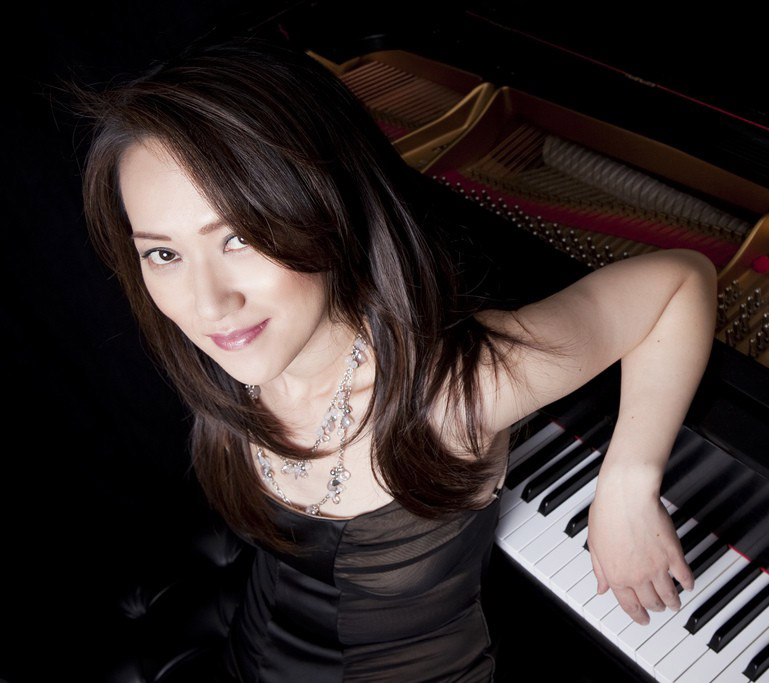 The Energy and Lyricism of Yoko Miwa

There is an element of a Cinderella story about Yoko Miwa. In 1997, she arrived alone in Boston unable to speak English but determined to pursue her dream of a successful jazz career.

There is an element of a Cinderella story about Yoko Miwa. In 1997, she arrived alone in Boston unable to speak English but determined to pursue her dream of a successful jazz career. Now she leads her long-established trio, has eight acclaimed CDs, is teaching at Berklee College of Music, her old school, and is the Boston Music Awards 2019 Jazz Artist of the Year. I have long enjoyed her music, but my first time seeing her live was at the Birdland Theater in January. The difference was quite moving. I cannot describe the element of a live performance that is missing on even the best recording. Perhaps the difference between a two and a three-dimensional photo or stale air to fresh air?  Here it was even more profound. It was more like seeing a photo of a beautiful landscape vs. being in that landscape.

As she is popular in New England, but isn’t well-known here, I was anxious that she would draw a good size crowd. Evidently some of her Boston fans shared that concern as they trekked down to Birdland to cheer on their favorite and her accompanists: Will Slater on bass and Scott Goulding on drums. They have years of experience playing together, and it shows. As was once said of the Ellington band, they had been together for so long, each not only knew what the others could play, but what they would play. No doubt, the high quality of their music keeps them together, but the fact that she is married to her drummer also must help.

The discipline and interplay among the musicians were impressive, especially between Miwa and Slater. Their repeated use of the classic “locked hands” technique made famous by George Shearing’s groups seemed telepathic, and they played with great energy and lyricism. In addition to being a highly acclaimed pianist, Miwa is also a composer of true merit. The set included a good number of her originals from her latest, and highly praised CD, Keep Talkin’ (Ocean Blue Tear Music: 2019) as well as Duke Jordan’s “No Problem,” Billy Preston’s “Song of Joy,” and Monk’s “In Walked Bud.” Her own compositions sat well among them. She did say a bit about herself: such as her joy at being Sheila Jordan’s preferred accompanist, when that lady plays around Boston, and how she looks forward to her occasional New York gigs. I am already looking forward to her next one, and recommend it highly.

The good news for those of you who haven’t seen her is that she will be appearing with Slater and Goulding at Dizzy’s Club Coca Cola on Tuesday, March 24. And, she plans to release a new, as yet untitled, album in November on the Ubuntu Music label. “My debut on the Ubuntu label,” she said, in a press release, “will feature my signature calling card of playing in different jazz contexts with spontaneity and clarity . . . from Monk to Zeppelin, Milt Jackson to Milton Nascimento and more, as well as featuring a healthy dose of my original compositions.”