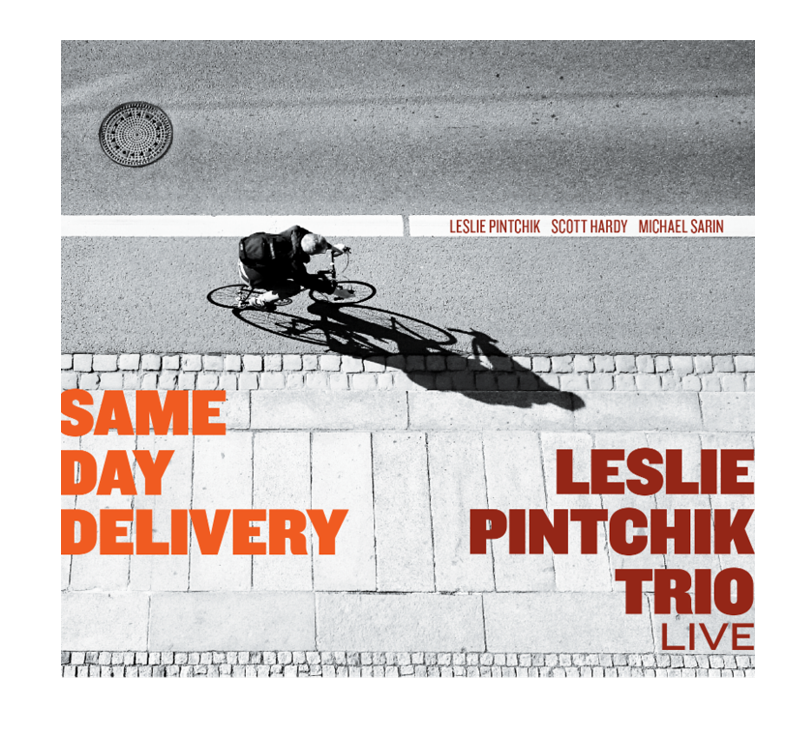 LESLIE PINTCHIK, bassist Scott Hardy, and drummer Michael Sarin are at their swinging best on Same Day Delivery (Pinch Hard – 005), a nine-tune live set recorded at Jazz at the Kitano.  Pintchik opens with three standards, “Smoke Gets In Your Eyes,” “I’ve Grown Accustomed to Her Face”, and “Falling in Love Again,” before giving forth with six of her well conceived original pieces, one of which has to have one of the longest titles ever, “Your Call Will Be Answered By Our Next Available Representative, in the Order in Which It Was Received. Please Stay on the Line; Your Call is Important to Us.”  The set has that kind of special feeling that seems to place it as one that all who were in attendance will remember. Fortunately it was captured for a wider audience to enjoy. Pintchik and her mates probably felt the same kind of satisfaction that the audience certainly experienced. Play it, dig it and smile! (lesliepintchik.com)

Puertos: Music from International Waters (Avantango Records – 005) by pianist composer EMILIO SOLLA’S TANGO JAZZ ORCHESTRA is an adventurous eight-song collection that uses the tango as the underpinning for Solla’s musical impressions of eight seaports.  The titles are “Sol La, al Sol (to La Habana),” “Llegará, Liegará, Liegará (to Montevevideo),” “Chacafrik (to Benguela),” “La Novena (to Buenos Aires),” “Four for Miles (to New York),” “Allegrón (to Cartagena),” “Andan Luces (to Cádiz),” and “Buenos Aires Blues (to New Orleans).”  His 17-piece big band plays the challenging charts superbly, giving vibrant life to each piece. This is an album that will give you fresh perspectives with each hearing. (www.avantango.com)

Piket Plays Mintz (Thirteenth Note Records – 012) finds pianist ROBERTA PIKET playing 10 selections composed by her husband, drummer Billy Mintz.  This is a solo piano recording, and is engaging from start to finish. Piket imaginatively explores Mintz’s well-constructed tunes.  Mintz tends toward mellow, introspective pieces, but when he ups the tempo on selections like “Schmear” or “Blind’s Eye,” he hits the bullseye.  Particularly interesting are a couple of somewhat quirky tunes, “Ugly Beautiful” and the closing blues, “Cannonball,” a number that has hints of Monk finding his way into the mix.  Piket originally conceived this collection as a birthday present for her husband, but we are fortunate that it was commercially released for all to enjoy. (www.robertajazz.com)

Versatile Canadian reedman ANDY BALLANTYNE pays homage to several of his inspirations on Play on Words (GB Records – 190307).  He plays tenor sax, alto sax and clarinet on this 10-tune album on which he is joined by Rob Piltch on guitar, Adrean Farrugia on piano, Neil Swainson on bass and Terry Clarke on drums.  With one exception, “Till the Clouds Roll By,” the selections are all Ballantyne originals. His inspirations are Dexter Gordon (“Gordian Knot”), Johnny Hodges (“Ishtar Fan”), Cannonball Adderley (“Round Shot”), Jimmy Guiffre (“All Stops to Oshawa”), Mike Murley (“In Vino Veritas”), John Coltrane and Pat Labarbera (“Mr. P.L.”), Paul Desmond (“Not a Wimp But a Banker” and “Till the Clouds Roll By”), Lester Young (“Unfit to Be Prez”) and Gene Ammons (“Keep it Stupid”).  The program is as eclectic as his inspirations, and wonderfully crafted. A gem for lovers of saxophonists! (andyballantyne.com)

Standards and Sweet Things (Self-produced) is an album by FLEUR SEULE, a New York City-based 1940s-style jazz band that features vocals by Allyson Briggs.  It has a repertoire that is eclectic from standards to Latin numbers. This collection finds Briggs backed by varying size groups, from a trio to a sextet, with occasional contributions from a trio of backup singers.  The predominance of selections are standards, but there are a few Latin and French songs well performed by Briggs, who sings in seven languages. The overall package is nicely paced, with the variety of material creating a shifting, but interesting listening experience.  (www.fleurseule.com)

Pianist/vocalist BRENDA EARLE STOKES is a Canadian who now hangs her hat in New York City.  Solo Sessions Vol. 1 (Allsheneeds Music – 007) finds Stokes accompanying herself on an eclectic 11-song program.  The album is bookended by a Jobim tune, “If You Never Come to Me” and a much-recorded standard, Brook Bowman’s “East of the Sun (West of the Moon).”  In between she explores some tunes from the world of pop, “The Consequences of Falling,” popularized by k.d. lang, Michael McDonald’s “I Can Let It Go Now,” and a Huey Lewis hit, “The Power of Love.”  There are a couple of jazz songs, “Lades in Mercedes” by Steve Swallow and Norma Winstone, and Dave and Iola Brubeck’s “Strange Meadowlark.” Her two originals, “Standing” and “The Waltz” fit seamlessly into the program.  This is the first solo effort by Stokes, and from the title, it sounds like we will have at least one more to enjoy. (www.brendaearle.com)