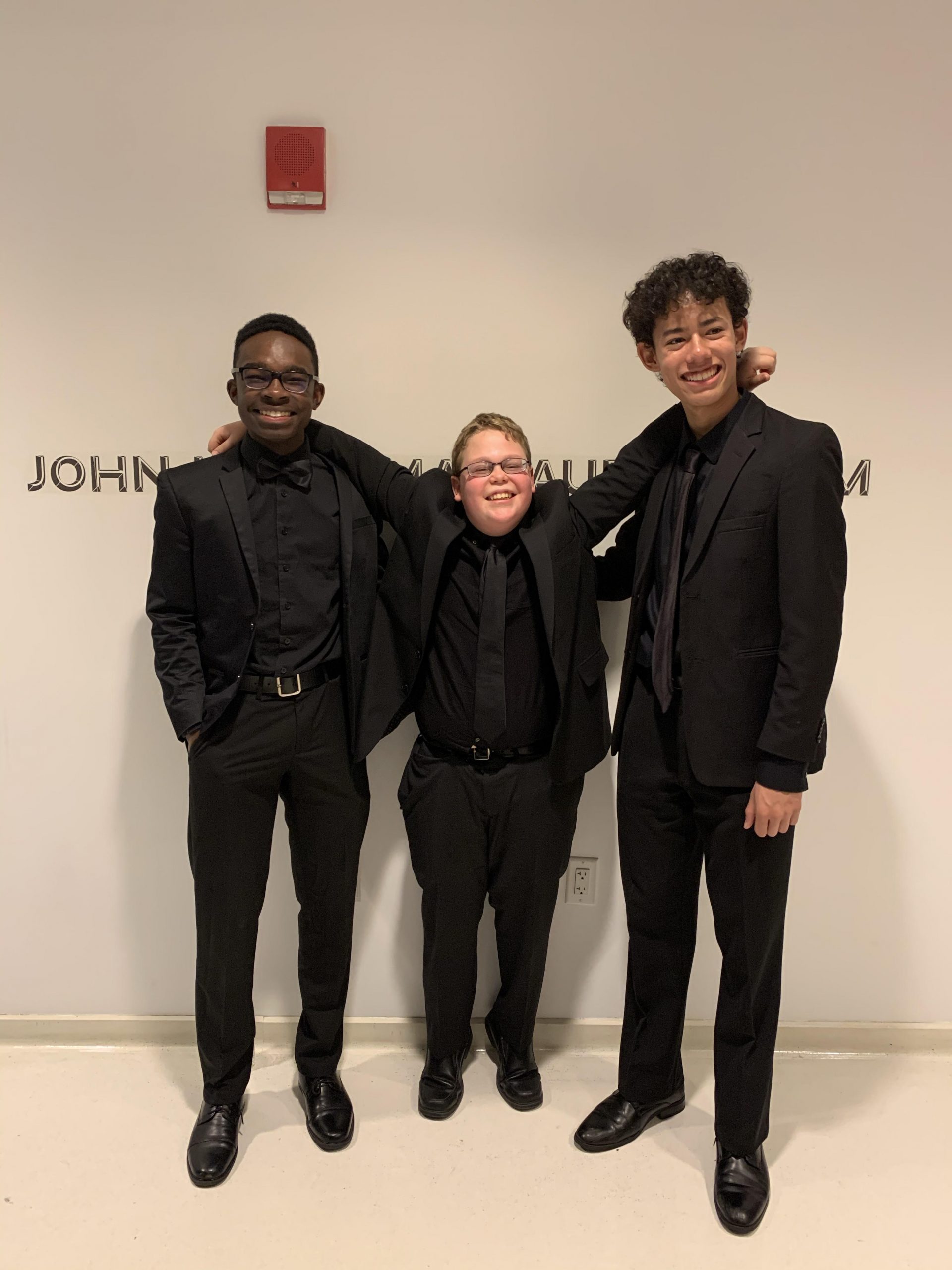 The ensembles won Best Trombone Section and the Mingus Spirit Award, while three individuals won Outstanding Soloist awards: Ben Collins-Siegel, piano; Ryoma Takenaga, bass; and Koleby Royston, drums. All three were then invited to sit in with the Mingus Big Band at the Jazz Standard.

“Our students were inspired by Mingus’ music, the Mingus Band, and some of the best high school jazz musicians in the country,” said NJYS Director of Jazz Julius Tolentino. “They left it all on stage in their performances and truly played with the spirit of Charles Mingus. We couldn’t be prouder of their efforts!”

Helen H. Cha-Pyo, NJYS Artistic Director and Principal Conductor, found it, “thrilling to hear the NJYS Jazz Orchestra perform on the same stage as some of the best high school groups across the country. It is simply remarkable what our young musicians have accomplished under the direction of Julius Tolentino and the NJYS faculty in less than two years!”

The Festival was organized and presented by Dr. Keller Coker, The New School of Jazz, Sue Mingus, and Let My Children Hear Music/The Charles Mingus Institute. Participants included high school students from across the country. The New Jersey Youth Symphony, founded in 1979, is a program of the New Providence-based Wharton Institute for the Performing Arts, the state’s largest non-profit performing arts education organization, which serves more than 1,500 students of all ages and abilities. The Jazz Orchestra was formed last year.

Tolentino, who is also Jazz Director at Newark Academy in Livington, NJ, held the first Roselle Park Jazz Festival last summer, and Jersey Jazz reported on the playing of Collins-Siegel and Royston in its September-October issue. An article on the RPJF pointed out that the JTole Jazz Orchestra led off its performance with Thad Jones’ “Counter Block”, launched by a stride piano solo played by 12-year-old Ben Collins-Siegel, the youngest member of the Jazz Orchestra. Royston, the article added, was featured on the band’s performance of Dizzy Gillespie’s “Night in Tunisia”.