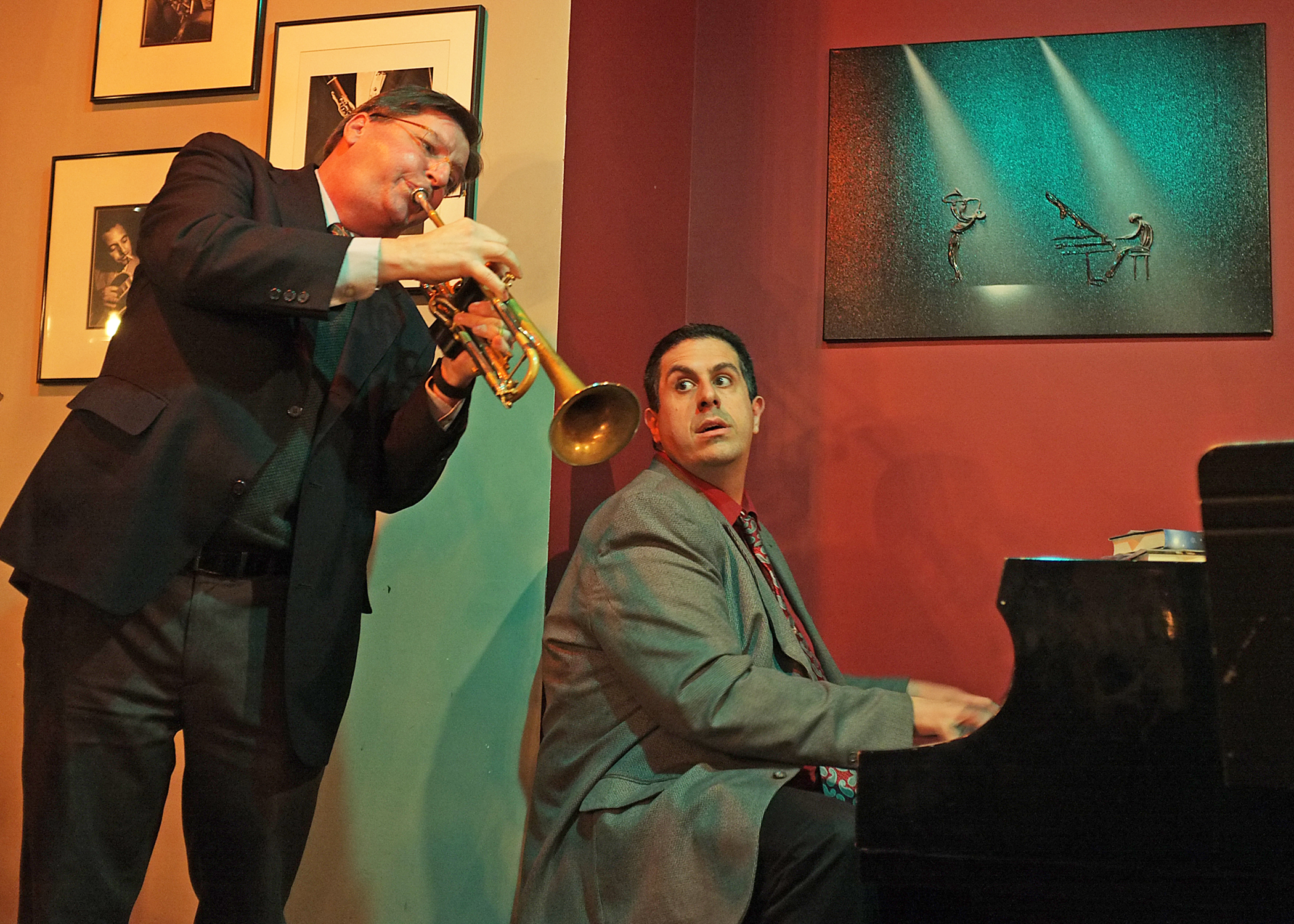 When Ricky Riccardi was 15 years old (in 1995), he saw Louis Armstrong perform “Basin Street Blues” in the movie, The Glenn Miller Story. That changed his life forever. “I went to the library and listened to Louis Armstrong tapes,” he told the audience at the New Jersey Jazz Society December 15th Social. “Then, I read books about Armstrong by Gunther Schuller and James Lincoln Collier.”

Riccardi eventually landed his dream job as Director of Research Collections at the Louis Armstrong House in Corona, Queens, and is the author of What a Wonderful World: The Magic of Louis Armstrong’s Later Years (Pantheon Books: 2011). Most of the writing about Armstrong, he said, “ignored the last 25 years of his life. I thought, ‘What about his later years?'” His second book on Armstrong, Heart Full of Rhythm, about Armstrong’s big band years, will be published in 2020 by Oxford University Press.

At the Social, held at Shanghai Jazz in Madison, NJ, Riccardi revealed that Armstrong’s first Christmas record — Irving Berlin’s “White Christmas” – was recorded with pianist/composer/arranger Gordon Jenkins in 1952. That was followed by Decca recordings of James Fox’s “Zat You, Santa Claus?” and Steve Allen’s “Cool Yule” in 1953.

Riccardi played a recording of Armstrong’s recitation of “The Night Before Christmas”, relayed some more anecdotes about Armstrong’s life and music and answered questions from the audience. “It’s impossible,” he pointed out, “to duplicate Louis Armstrong.” “It’s foolish even to try!” interjected trumpeter Danny Tobias. “The closest I’ve ever heard,” said Riccardi, “is Jon Faddis,” adding that there are some excellent trumpeters “who play in Armstrong’s style, such Bria Skonberg and Nicholas Payton.”

After a brief intermission, Riccardi sat down at the piano and was joined by Tobias and drummer Rich Noorigian to play some music associated with Satchmo. Among the selections: Jimmy McHugh’s “Sunny Side of the Street”, Cliff Burwell’s “Sweet Lorraine”, and, of course, “White Christmas”.

It was a delightful holiday celebration. As one NJJS member later emailed president Cydney Halpin, “What a wonderful afternoon of learning and fun. I loved his [Riccardi’s] stories about Armstrong and, especially, his obvious passion for his subject and his job.” Halpin said the Jazz Society will explore the possibility of a bus tour to the Louis Armstrong Museum.

The New Jersey Jazz Society produces 10 Sunday Jazz Socials a year, all of which are free to members. Admission is $10 for non-members, and there is a $10 food/beverage minimum for all attendees. The next Social will be Sunday, January 19, featuring pianist James Austin, Jr. (See the January-February 2020 issue of Jersey Jazz for a preview of the January and February Socials).

Funding for the NJJS Socials has been made possible in part by Morris Arts through the New Jersey State Council on the Arts/Department of State, a partner agency of the National Endowment for the Arts.