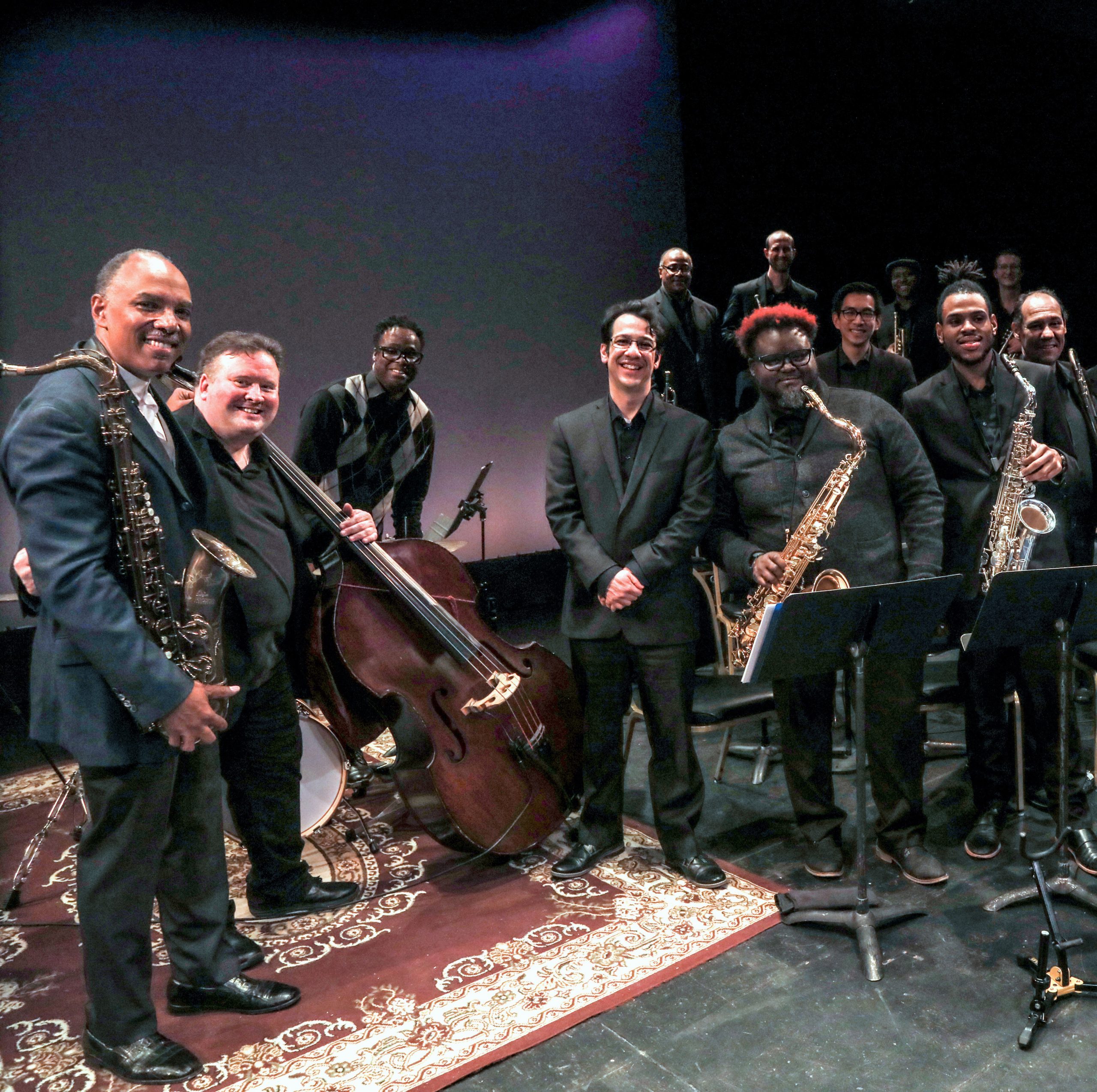 Don Braden last played big band arrangements of music by Earth Wind and Fire and Stevie Wonder with the Litchfield (CT) Jazz Orchestra in 2016. On Wednesday night, December 4, he put together his own big band and played that music before a wildly appreciative audience at the Morris Museum’s Bickford Theatre in Morristown.

The performance had been delayed for two nights by a snowstorm on Monday, December 2, so Braden had to call on two last-minute substitutes: baritone saxophonist James Stewart and alto saxophonist Justin Jones, who learned the music in less than two days in order to replace Andrew Hadro and Irwin Hall, who were not available for the snow date.

The evening opened with an exhilarating treatment of Earth Wind and Fire’s “Fantasy”, followed by Wonder’s “Don’t You Worry ‘Bout a Thing”.  Other selections included EWF’s “Getaway” and “Can’t Hide Love” and Wonder’s “I Can’t Help It” and “Higher Ground” (“the jazziest thing Michael Jackson ever sang”).

But there were some special surprises as well including Miles Davis’ “Blue in Green” and an “intermingling” of some of Herbie Hancock’s signature works — “Dolphin Dance”, “Butterfly”, and “Maiden Voyage”.

Throughout the concert, Braden paid tribute to the gathering of top-flight musicians who assembled for what, to him, was clearly a very exciting occasion; and he especially acknowledged lead alto saxophonist Bruce Williams for helping him with the project. He also made sure everyone got at least one solo, and, while all of the solos were exceptional, the audience probably left the theatre with the lasting memory of tenor saxophonist Anthony Nelson’s superb performance of Jerome Kern’s “Smoke Gets in Your Eyes”.

The next concert in the Morris Museum/Bickford series will be trombonist Mariel Bildsten leading a septet in the music of Duke Ellington and Count Basie at 7:30 p.m. on Monday, January 20, 2020. (An article on Bildsten appears in the January-February 2020 issue of Jersey Jazz Magazine). Earlier in the day, which is the Martin Luther King holiday, Bildsten will be presenting “Mariel’s Melodies — for the kids!”, concerts for children at 11 a.m. and 1:30 p.m. Tickets for the evening concert are $18 for Museum members; $20 for non-members; tickets for the children’s concerts are $10 for Museum members and $15 (including Museum admission) for non-members. Tickets can be ordered by logging onto morrismuseum.org/jazz or by calling (973) 971-3706.