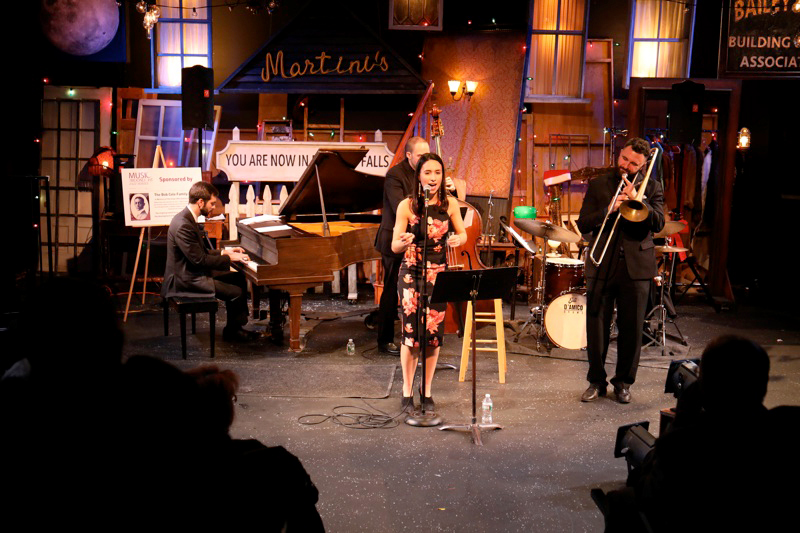 In a review of Vanessa Perea’s 2014 album, Soulful Days, Jazz Times‘s Christopher Loudon wrote that her singing recalled, “the interpretive fearlessness of Anita O’Day” and “a slithery sexiness worthy of Sarah Vaughan.” Jazz Weekly‘s George W. Harris described her singing as having “a crisp and clear Nancy Wilson-ish sound . . . flexible enough to handle tricky bebopping lines,” but with “the addition of Latin passion to put some feeling into the lyrics as well . . .”

Perea didn’t start out to become a jazz singer. “I took private voice lessons in high school and eighth grade — all classical music with a touch of theater,” she says. After graduating from Colonia High School in Woodbridge, NJ, she attended New Jersey City University, earning a BA in Music Education. While there, she studied under Grammy-nominated jazz vocalist Roseanna Vitro. “Roseanna would make the students listen to mixed CDs,” Perea recalls, “and I heard Ella Fitzgerald sing ‘How High the Moon’. I thought it was insane! How could someone do this with their voice? After that, I heard Anita O’Day’s version of  ‘Tenderly’. Her voice was so sultry and full of character.” That convinced Perea to pursue a career as a jazz vocalist.

On Sunday, November 17, she will be leading a trio at the New Jersey Jazz Society’s monthly Jazz Social at Shanghai Jazz. NJJS produces 10 Sunday Jazz Socials a year, all of which are free to members. Admission is $10 for non-members, and there is a $10 food/beverage minimum. Shanghai Jazz is located at 24 Main St. in Madison. Doors open at 2:30 p.m., and the music is performed from 3-5 p.m., with one short intermission.

Funding for the NJJS Socials has been made possible in part by Morris Arts through the New Jersey State Council on the Arts/Department of State, partner agency of the National Endowment for the Arts.