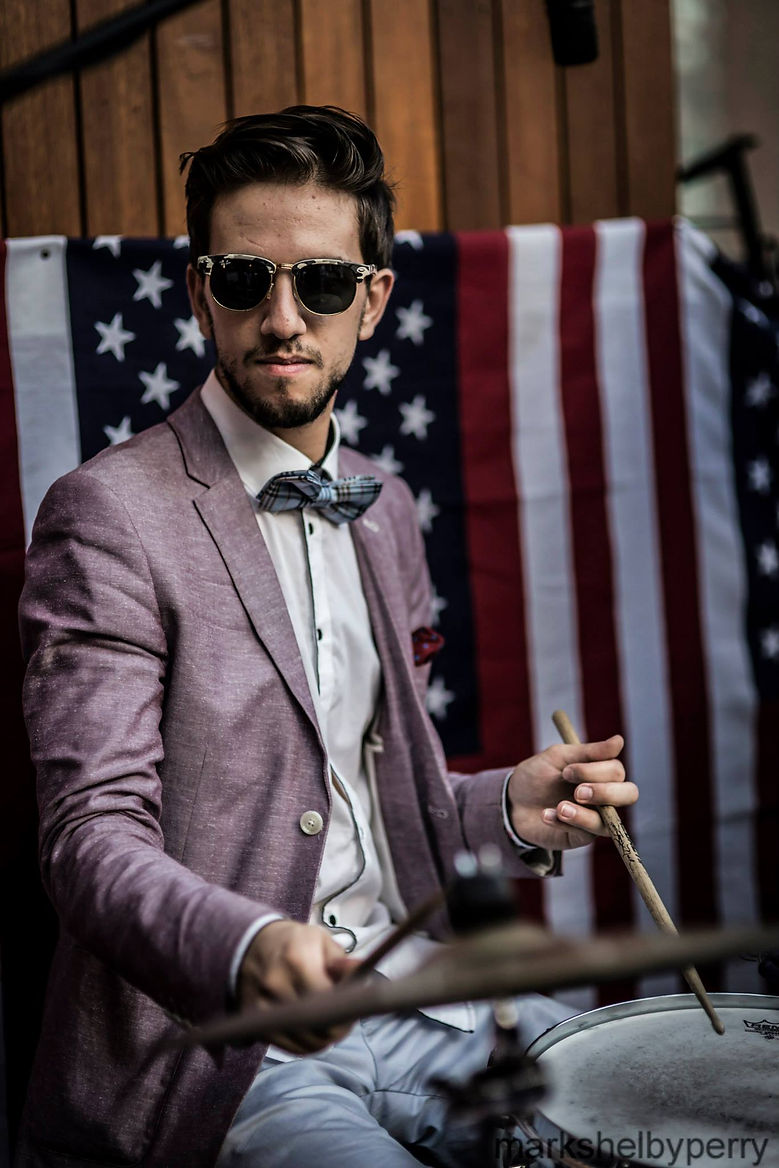 Drummer Evan Sherman will lead a quartet at 3 p.m. on June 5, at the New Jersey Jazz Society’s first live concert since February 2020. Playing with him at the Madison, NJ, Community Arts Center will be tenor saxophonist Jerry Weldon, bassist John Lee, and pianist Davis Whitfield.

Sherman is excited that live music is back, and he’s been keeping busy, post-pandemic.

He and bassist Tyler Mitchell alternate leading a band at Smalls in Greenwich Village on Tuesday nights, and, in April, he performed at The Django in Tribeca with keyboardist Mike guitarist Mark Whitfield. “These guys were my teachers and mentors when I was 13 or 14 years old,” he said. “So, now, it’s 15 years later, and I’m really living the dream of getting to perform with them and learn. I get my butt kicked by these guys, and they enjoy it. The passing of the tradition down from generation to generation — that’s what jazz is to me.”

In May, Sherman led a quartet at New Brunswick’s Tavern on George, part of the New Brunswick Jazz Project program, and in August his big band will be featured at the Morris Museum’s Jazz on the Back Deck series. In September, he and pianist Emmet Cohen will be touring together “all over the West Coast. We’ll be playing at some big festivals.” Sherman and Cohen were in the midst of a tour of midwestern colleges with veteran tenor saxophonist Benny Golson in January 2020 when Covid brought everything to a halt.

In 2010, as a student at Millburn High School, Sherman was one of 28 high school music students from around the country selected to perform at Grammy Week events in Los Angeles. “One of my first gigs being hired to play in New York,” he recalled, “was when I was 15 or 16 at Fat Cat (in the Village) with Don Hahn, a trumpet player who’s had a lot of young musicians come through his band. After that, it just kept snowballing. I would always go to the Smalls jam session on Fridays, and there would be a bunch of musicians. If you played in a nice way, you might get a gig.”

Sherman was the initial interviewee in Jersey Jazz Magazine’s ‘Rising Star’ series, which began in the March/April 2020 issue. At that time, he recalled the first time he went to Dizzy’s Club in New York City. “I was 14, and I saw Roy Haynes play. I was always attracted to seeing the old guys play — James Moody, Cedar Walton.” Playing with Benny Golson, he said, was an experience he “cherished.” Another musical hero was trumpeter Roy Hargrove. “He was one of my top, most influential mentors. I did some touring with him in Europe and around the U.S. I’m constantly reflecting on our time together and digesting a lot of things he imparted.”

During the summer of 2021, Wynton Marsalis and The Today Show’s Hoda Kotb showed up at a street concert Evan was performing at 85th and Columbus on the Upper West Side (“Editor’s Choice, Jersey Jazz, January 2022). Weldon was part of that band. Here’s a link to The Today Show segment: https://wyntonmarsalis.org/videos/view/wynton-marsalis-surprises-jazz-musician-doing-pop-up-concerts-in-new-york-nbc-today-show

Admission to this event will be $10 for NJJS members and $15 for non-members payable at the door with cash or credit card. There will be light refreshments for purchase. Masks and proof of vaccination required.

Funding for the NJJS Socials has been made possible, in part, by funds from Morris Arts though the New Jersey State Council on the Arts/ Department of State, a partner agency of the National Endowment for the Arts.