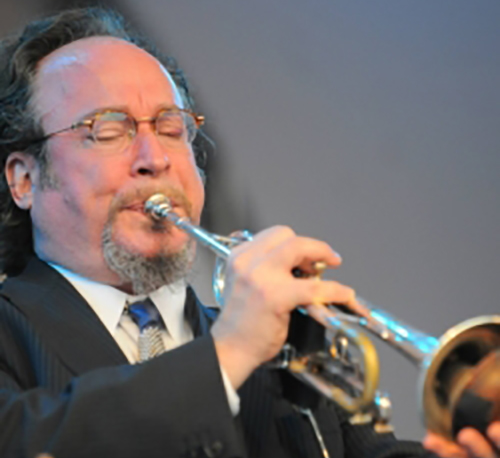 The Chicken Fat Ball returns Sunday, January 5, at 1 p.m, with another all-star cast of swing musicians to start off the New Year with a bang. Since the first CFB in 1964, this event has been fortunate to attract a star-studded lineup; and 2020 is no exception.

The Chicken Fat Ball returns Sunday, January 5, at 1 p.m, with another all-star cast of swing musicians to start off the New Year with a bang. Since the first CFB in 1964, this event has been fortunate to attract a star-studded lineup; and 2020 is no exception. The performers: trumpeters Jon-Eric Kellso and Randy Reinhardt, clarinetist/tenor saxophonist Ken Peplowski, tenor saxophonist Harry Allen, pianist Rossano Sportiello, guitarist Frank Vignola, drummer Paul Wells, and bassist Gary Mazzaroppi.

Since moving to New York City in 1989 to join Vince Giordano’s Nighthawks, Kellso has enjoyed performing and recording with a long list of jazz and pop stars including Dick Hyman, Catherine Russell, and Linda Ronstadt. This past October, Kellso’s Mahogany Hall Pleasure Society Jazz Band performed Louis Armstrong’s iconic music at the finale of “Hot Jazz Age: From the First Jazz Recording to the Dawn of Swing (1917-1934)”, co-presented by Jazz at Lincoln Center and the New York Hot Jazz Festival.

Reinhardt played his first gigs when he was a teenager, making jazz his profession at the age of 18 and becoming an ongoing substitute at Eddie Condon’s on 54th street in the early 1970s. He has played with some of the finest players on the New York scene including trombonist Vic Dickenson, trumpeter Pee Wee Erwin, and drummer Connie Kay.

In 1980, Peplowski moved to New York City and was soon playing in all kinds of settings, from traditional to avant-garde jazz. In 1984, Benny Goodman came out of retirement and put together a new band, hiring Peplowski on tenor saxophone. In 2019, Peplowski recorded a duet album on Arbors Records with Dick Hyman called Counterpoint Lerner & Loewe, celebrating the music of Alan Jay Lerner and Frederick Loewe. In his review in the November-December issue of Jersey Jazz, Joe Lang wrote that, “Many of the selections were songs that were new to both players, but with musical minds such as those of Hyman and Peplowski, the results are exceptional.” Peplowski is also Musical Director of the Sarasota Jazz Festival (see article in the the January-February issue of Jersey Jazz).

Allen has more than 30 recordings to his name, and three of his CDs have won Gold Disc Awards from Japan’s Swing Journal Magazine. JazzTimes once described him as “consistently reliable and endlessly adaptable, swinging and inventive, thoughtful and resourceful, smooth and bold . . .” In 2019 he recorded an album, Rhode Island is Famous for You with pianist Mike Renzi on the CD Baby label.

Although international critics consider Sportiello a follower of Ralph Sutton, Dave McKenna and Barry Harris, the influence of other great masters — such as Fats Waller, Teddy Wilson, and Art Tatum — can be heard in his playing. A few years ago, Sportiello led a trio at New York’s Cafe Carlyle paying tribute to the late George Shearing. The New York Times’ Stephen Holden described his performance this way: “Mr. Sportiello — like Mr. Shearing, who died in 2011 — ventures into bop territory but always with a restrained sense and balance and proportion. Mr. Shearing’s most famous composition, ‘Lullaby of Birdland’, and his first hit, ‘September in the Rain’, were rendered with flawless grace. Working in the stride tradition, Mr. Sportiello showed technical virtuosity to echo that of Art Tatum.”

Vignola’s stunning technique has made him the guitarist of choice for many of the world’s top musicians, including Ringo Starr, Wynton Marsalis, and the late guitar legend Les Paul, who named Vignola to his “Five Most Admired Guitarists” list for The Wall Street Journal. Vignola’s jaw- dropping technique explains why The New York Times deemed him “one of the brightest stars of the guitar”.

At last August’s Morristown Jazz & Blues Festival, Vignola teamed with guitarist Vinnie Raniolo and Mazzaroppi for selections that included Irving Berlin’s “Cheek to Cheek”, a Cole Porter medley, Antonio Carlos Jobim’s “Girl From Ipanema”, and a stunningly original interpretation of Paul Simon’s “The Sounds of Silence”. Wells is a member of Vince Giordano’s Nighthawks and can be heard on the band’s award-winning Boardwalk Empire soundtrack.

This year’s event, which is again being held at The Woodland, 60 Woodland Road, in Maplewood, is produced by Al Kuehn, Ed Stuart, and Don Greenfield. Just a reminder that the new starting time is 1 p.m. A limited number of tickets are still available. To reserve them, call Ed Stuart at (973) 975-2053.

Lionel Hampton, who passed away in 2002 at the age of 94, received a Grammy Lifetime Achievement Award this year. He was nominated by the co-leaders of the current Lionel Hampton Big Band, created in 2015 with the... 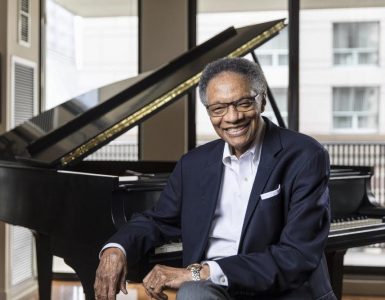 For the past year, pianist Ramsey Lewis has been streaming one-hour concerts from his living room on the last Saturday of every month. On April 24, he will be playing tunes from his chart-topping 1965 album, The In... 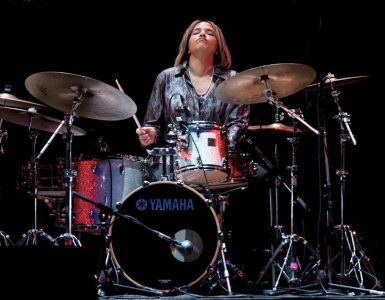 The National Endowment for the Arts, in partnership with SFJAZZ, will present a virtual tribute concert on Thursday, April 22 at 8 p.m. ET, in honor of the 2021 NEA Jazz Masters: drummers Teri Lyne Carrington and Albert...